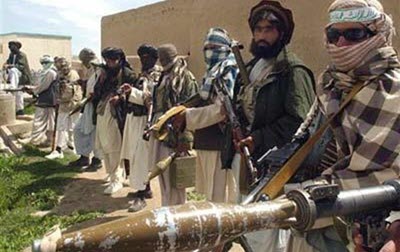 Osama bin Laden relied on Iran as a conduit to replenish his terrorist army with money and fighters as he worked to keep al Qaeda in the killing business during his decade in hiding, The Washington Times reported on Thursday.

Details on the strategic link between the Iranian regime and bin Laden come from the terrorist leader himself, who handwrote a steady stream of letters from various hideouts, including the compound in Abbottabad, Pakistan, where U.S. Navy SEALs killed him in May 2011, The Washington Times wrote. The SEALs seized reams of documents, and the U.S. government released a second declassified batch this month.

It has been known that Iran’s regime allowed al Qaeda fighters to travel through its territory from the tribal areas of Pakistan to Iraq, where the parent terrorist group founded al Qaeda in Iraq. Iran’s regime also gave safe haven, sometimes in the form of accommodations, to al Qaeda leaders and bin Laden family members.

“The bin Laden letters show the relationship ran deeper. While not an operational alliance, it was a logistical one. It underscores the reality that both Sunni Muslim al Qaeda and the Shiite Iranian regime shared one overriding emotion: an intense hatred of the United States,” The Washington Times wrote.

“Iran itself, and through surrogates such as Hezbollah, has been responsible for the killings of hundreds of Americans. It trained Iraqi Shiites in how to bomb and shell U.S. military personnel in Iraq. In that vein, Iran was an ally of al Qaeda in Iraq, which was targeting the same personnel.”

“In a 2007 letter to a terrorist named ‘Karim’ at a time of intense fighting in Iraq, bin Laden warned his ally not to begin attacking Iran in retaliation for Tehran’s arming and training of Iraqi Shiites.”

“‘You did not consult with us on that serious issue that affects the general welfare of all of us,’ bin Laden admonished Karim, who had made public threats. ‘We expected you would consult with us for these important matters, for as you are aware, Iran is our main artery for funds, personnel, and communication, as well as the matter of hostages.'”

“That disclosure, that Iran is a ‘main’ logistics channel, would indicate that Tehran was either actively supporting al Qaeda in Pakistan’s tribal regions or tacitly letting the flow go through its territory. Why else would bin Laden not want to agitate Tehran?”

“The manpower flow through Iran appears to have continued for years.”

“Bin Laden wrote in 2010 in a letter to an ally: ‘As it pertains to the brothers coming from Iran, I think that at this stage they are in safe places outside the areas of bombardment.'”

“The ‘bombardment’ may refer to the U.S. drone war over the tribal areas, where U.S. intelligence hunted down terrorist leaders and killed them with Hellfire missiles.”

“It was sort of a nonaggression pact between Iran and al Qaeda,” said Kenneth Katzman, a Middle East scholar at the Congressional Research Service. “A lot of this was tactical. This was part of Iran’s way of saying, ‘We’re not going to make trouble for your people, and in return, you don’t make trouble for us.’”

A senior U.S. intelligence official told The Washington Times that Karim was Abu Ayyub al-Masri, who led al Qaeda in Iraq in 2007.

Al-Masri was killed in April 2010 by a U.S.-Iraq raid. A month later, Abu Bakr al-Baghdadi assumed command of what became the Islamic State of Iraq. He fled for civil war-torn Syria and founded what is today the Islamic State terrorist army that controls sections of both countries.