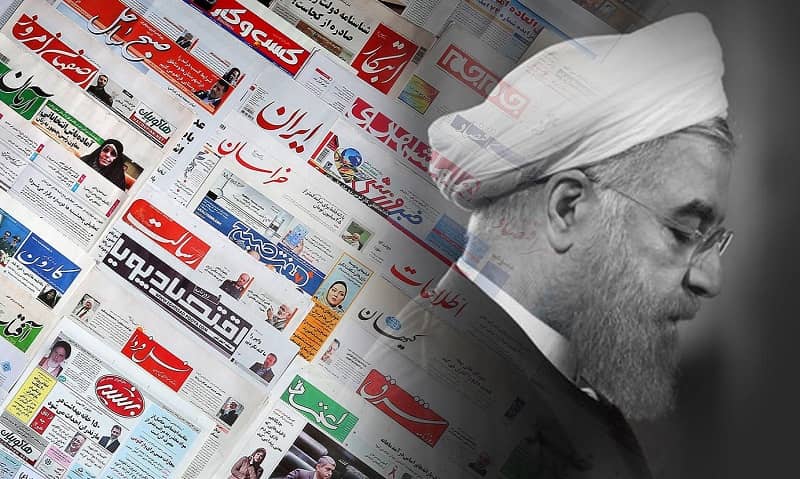 On October 18, Tehran announced that the United Nations arms embargo has officially ended. Although this news was far from reality, the state-run media reacted and rejected the mullahs’ bogus claims of victory.

Recently, the United States had activated the UN snapback mechanism, implemented as part of the 2015 nuclear deal that Iran’s regime signed with world powers, citing the regime’s malign activities. The U.S. imposed a new series of sanctions on the regime, designating 18 Iranian banks, making any arms trade with Tehran almost impossible.

As for the Iranian people, who are grappling with poverty, inflation, and the COVID-19 crises, the ability to purchase or sell arms is of no concern. For the people in Iran and the Middle East, every bullet and dollar given to this regime means death and destruction.

In this regard, the state-run Tejarat news website on Tuesday wrote: “The lifting of these sanctions will not have a significant impact [on Iran’s economy and stock exchange market.] We [the regime] do not have a steady income of receiving foreign currencies with weapons sale, and even the cost of buying weapons is much higher than selling them.”

Since the arms embargo had limited the regime’s ability to pursue its warmongering policies, once lifted, the mullahs will be able to spread chaos further. Thus, the regime’s president, Hassan Rouhani, claimed victory.

Rejecting Rouhani’s claims, the state-run Jahan-e Sanat daily on Tuesday wrote: “Alas, if the President had given people better news.”

“After a week of speaking of a big surprise, [Rouhani] fulfilled his promises. People are under pressure of high prices and lack of essential goods, particularly medicines. Thus, they were expecting [Rouhani’s] surprise to be about issues such as the sharp drop in the price of foreign exchange, the import of basic and pharmaceutical goods into the country, the fall in food prices, and, at a larger level, the lifting of oil and banking sanctions. And the resumption of relations between our banks and the global banking system,” read the article.

“Instead, like a new president, with only a week past his mandate who is unaware of the country’s economic situation and people’s misery, with utmost happiness on the scheduled day, he announced the end of the arms embargo. And that Iran would be able to purchase and sell weapons from and to any state,” the article continued.

“Mr. President, your good news was like pouring cold water on the heads of over 80 million Iranians. Because they are frustrated with high prices, poverty, unemployment, coronavirus, rampant inflation, and all sorts of stress and disappointments,” Jahan-e Sanat described people’s reaction to Rouhani’s claims.

In another part of its article, Jahan-e Sanat, referring to the differences between ordinary Iranians’ livelihood and the regime’s officials, warned the regime of the possible outcome.

“In the face of the small group of officials, who are free of problems such as the increasing of the dollar exchange rate and high prices, a vast majority of employees, retirees and workers live with low wages in ‘rial’ [Iran’s official currency]. These people are not able to cover their expenses, which are in ‘dollars.’” The article continued: “All the while, the government blames all these problems on U.S. sanctions.”

“To this large group of people, crushed under livelihood problems, we should add six, seven million unemployed people, whose population is increasing daily due to the coronavirus outbreak. And who do not have any governmental support,” the article continued.

The article concluded by saying: “While the majority of people are worried about making ends meet, how could they find the lifting of an arms embargo to be good news?”