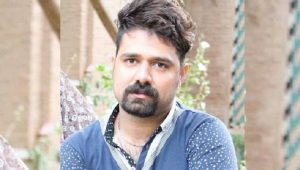 On Sunday, February 21, relatives of Behnam Mahjoubi confirmed the death of this imprisoned dervishes.

After months of torture in Evin Prison and a lack of necessary medical care, he was transferred from prison to Tehran’s Loghman Hospital. Since last week there have been conflicting reports about his death under government censorship and judicial denials by executioners.

Behnam Mahjoubi was suffering from severe epilepsy, and doctors had confirmed that he could not stand imprisonment. But the regime’s torturers and interrogators denied his release. They aggravated his illness by not giving him his medication and feeding and injecting him with unknown drugs until he fainted and had to be taken to Loghman Hospital.

In December, Amnesty International announced that the ill prisoner had been tortured by being denied access to his medication.

Behnam Mahjoubi had been arrested and imprisoned since 2017 on charges of participating in dervishes’ protests.

By condemning the torture and inhumane treatment of prisoners, the Iranian resistance has consistently called for international fact-finding missions to visit the regime’s prisons and meet with prisoners so that the regime can not cover up more of these prison facts.

“Prisoner of conscience Behnam Mahjoubi was persecuted and tortured, and yet the criminal Judiciary in Iran prevents publication of the news of his death and its reason. They conceal what they did to him over three years of imprisonment in Evin and Aminabad Psychiatric Hospital.” Tweeted Mrs. Maryam Rajavi, President-elect of NCRI, adding:

“What happened to Behnam Mahjoubi makes it imperative to send an international fact-finding mission to Iran to visit the prisons, political prisoners, and the detained protesters. “

What happened to #BehnamMahjoubi makes it imperative to send an international fact-finding mission to #Iran to visit the prisons, political prisoners, and the detained protesters. #FreePoliticalPrisoners

Since the beginning of 2021, the global vaccination process has accelerated to combat the Covid-19 pandemic. Yet, in Iran under the mullahs’ regime, that...
Read more
Iran News Now