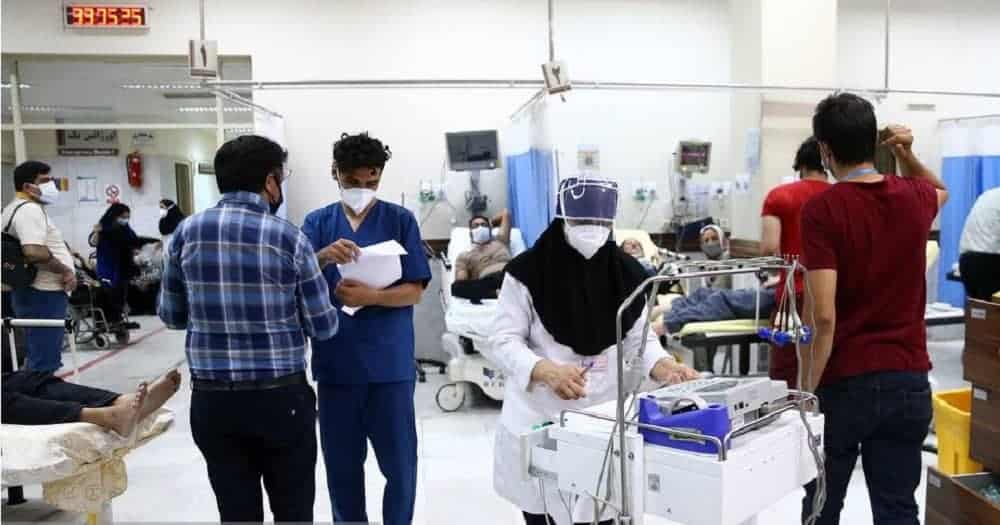 The Iranian regime’s Health Ministry recorded two consecutive record-high Covid-19 death tolls on Sunday and Monday. After recording a daily average of nearly 500 fatalities during the previous week, the regime’s engineered death toll climbed to 620 on Sunday and 655 on Monday.
The People’s Mojahedin Organization of Iran (PMOI/MEK) announced on Monday that the Covid-19 Death toll has surpassed 366,400.
The MEK has been collecting hospital records, morgue records, leaked government documents, and eyewitness statements regarding coronavirus outbreaks since the beginning of the pandemic, and has constantly shed light on the regime’s inhumane Covid-19 policy.

More than 366,400 people have died of the novel #coronavirus in 547 cities checkered across all of Iran's 31 provinces, according to the Iranian opposition PMOI/MEK.

The Iranian regime is drastically underreporting the severity of the crisis, even as authorities begrudgingly embrace mitigation steps such as widespread lockdowns.
These measures plainly reveal that the situation is trending in the opposite direction of what the regime intended. The regime started an inhumane Covid-19 policy, centered on denial and inaction, to quell Iran’s restive society by using the deadly virus.
But the details of the regime’s recent measures indicate that the regime is already committed to further downplaying the crisis in the very near future. Newly announced lockdowns went into effect on Monday but are only scheduled to last six days – not even enough time to get an accurate count of new infections that began their incubation period just prior to the lockdowns.

The regime officially announced the virus has reached Iran at least a month after the first instance of community spread of the novel coronavirus were recorded in the country. This discrepancy goes a long way toward explaining the persistent gap between official death tolls and those recorded by independent sources since the regime’s leadership insisted the country had only just begun registering deaths at a time when there had already been hundreds. With Iran currently completing its presidential transition, much of the personnel in government ministries are likely to be rotated out, and some officials in the Health Ministry have evidently responded to their imminent job change by opening up about some of the regime’s misdeeds with regard to coronavirus management.
Among the most notable of this commentary is that offered recently by Dr. Alireza Zali, head of Tehran’s Covid-19 committee, who criticized the relative lack of access to vaccines and placed the blame for that situation on the regime’s policies and not on US sanctions, as leading regime authorities have been wont to do. Ironically, the regime’s Supreme Leader Ali Khamenei has led the way in claiming that those sanctions prevent the import of life-saving vaccines, even after he personally banned the import of vaccine groups made in “enemy” states such as the United States and Britain.
In reality, US sanctions do not apply to vaccines or other legitimate medicines, as the law specifically designates humanitarian exceptions. In fact, a group of American philanthropists arranged to donate more than 100,000 doses of vaccines to Iran very soon after they became available, only to find that the planned delivery was abruptly canceled after Khamenei’s ban went into effect.

As Iran has been setting its latest records for new infections and fatalities authorities have been scaling back their enforcement of the ban fearing people’s backlash. The regime has lately imported a number of doses based on European designs but manufactured elsewhere. As recently as the first week of August, however, the regime was still rejecting donations of vaccines that came directly from the US and Britain.
Such arbitrary selectiveness threatens to keep the pace of vaccinations low after a lengthy period of time in which Iranian entities under-delivered on their promises of a domestically made alternative.
To date, only about three percent of Iran’s population has been fully vaccinated, and the beneficiaries of early efforts have disproportionately been wealthy and well-connected individuals including government officials and affiliates of the Islamic Revolutionary Guard Corps, which controls many of the private companies that have been tasked with purchasing and distributing doses.
The regime’s new president Ebrahim Raisi, the henchman of the 1988 massacre, appointed Mohammad Mokhber, head of the “Execution of Khomeini’s Order (EIKO),” Khamenei’s major plundering conglomerates, as his first vice-president. EIKO was in charge of producing the so-called domestic vaccine and plundered billions of dollars in this process.
The regime’s vaccination scam has led to a situation in which many of the more effective vaccines are ending up on the black market with price tags of up to 1,350 dollars. This would be wildly unaffordable to ordinary Iranians under the best of circumstances.
The overlapping crises in the economy and public health indicate that authorities are putting their own preferences well ahead of the basic needs of the Iranian people. The IRGC and Supreme Leader Khamenei have been refusing to release any of the hundreds of billions of dollars under their control in order to help the population survive through more thorough lockdowns and to obtain the vaccines that, according to Zali, the authorities declined to purchase simply because of the cost.
On August 15, the state-run daily newspaper Resalat published an editorial that warned about the impact of such revelations on public morale. In lieu of openly acknowledging the validity of that public’s response, however, the article framed the regime’s errors as topics that might be exploited by “enemies” to “put the government at the forefront of the issue of increasing the number of the Covid-19 deaths in Iran and consequently blame the Supreme Leader for these casualties.”
In the wake of Iran’s presidential transition, the population will rise up on its own accord to stage the next in a series of movements for regime change which date back at least to the end of 2017.

Previous articleIran’s Worsening Economic Crisis: An Uprising in the Horizon
Next articleIran: The Coronavirus Fatalities Exceed 368,400