Iran’s Worsening Economic Crisis: An Uprising in the Horizon 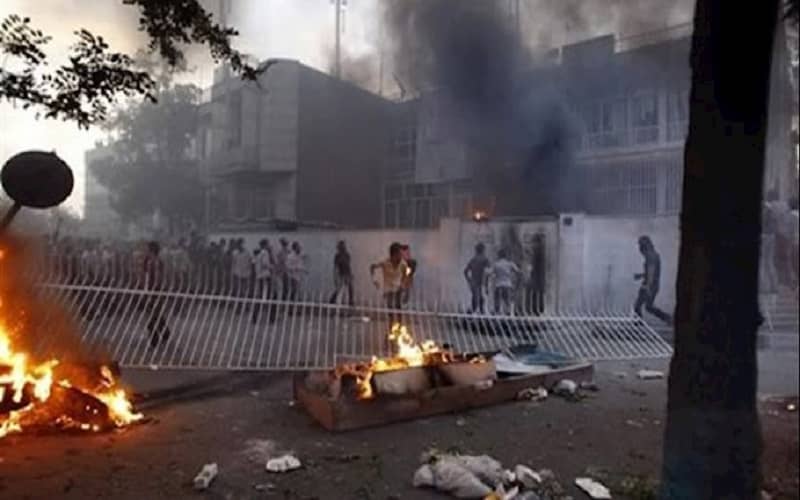 Iran is experiencing one of its worst economic situations within the last 50 years. While many of the regime’s apologists blame the international sanction for Iran’s economic crisis, state media point to the regime as the real cause of the current crisis.

“The dollar exchange rate and coin’s price are rising. The inflation and the skyrocketing prices of goods and services, mainly the food items and people’s necessities continue to rise with a worrying trend in recent months,” wrote the state-run Aftab-e Yazd daily on August 14.

Vahid Shaghaghi-Shahri, one of the regime’s economists, described Iran’s economic situation as a “straw warehouse which is on fire.” “We cannot extinguish the fire in a short time, but the straw inside the warehouse must be removed so that the fire does not damage the entire warehouse,” Shahri added, according to state-run Aftab-e Yazd.

Shahri underlined that the “important problem of Iran’s economy is that the liquidity growth is very high.”

“The latest statistics show that liquidity growth is over 40%. Suppose the growth of liquidity of 40% continues, with more than 3.7 quadrillions of liquidity. In that case, it means this year we should expect more than 4 trillion tomans of liquidity to be pumped into the economy daily,” Shahri told Aftab-e Yazd in this regard.

Iran’s economy suffers from the regime’s. The regime has been wasting the national wealth on terrorism and expanding its unpatriotic nuclear weapons program.

The Iranian people have witnessed how their belongings are wasted on terrorism and the regime’s other malign activities. Thus their hatred toward the regime increases daily.

“The time has shown that centrifuges and people’s lives run in opposite directions. We should choose one. We strongly say negotiations would not have any results [due to the regime’s persistence in continuing its nuclear program.] Without negotiations, the economic crises deepen. As the economic situation deteriorates, the public threshold drops to zero, leading people to any kind of protest and revolt, which eventually leads to either chaos or widespread repression [by the reigme], both of which are catastrophic for the system,” Arman daily wrote in this regard on August 16.

“A report by the Ministry of Welfare’s Center for Statistics and Strategic Information shows that food prices have risen by 71 percent and that this trend will soon lead to staggering inflation. It is even feared that Iran’s economy will move towards hyperinflation and uncontrollable inflation. In the last days of last week, Iranian economist Massoud Nili, during a group meeting of economists with the [regime’s] President Ebrahim Raisi, made it clear that Unfortunately, today we are on the verge of a difficult and uncontrollable inflationary situation,” wrote the state-run Eghtesad-e Pouya.

Eghtesad-e Pouya acknowledged the real concern of the regime’s economists and state media by underlining that “Economic and social crises have brought the country to a dangerous point, and if the crisis is not managed and controlled as soon as possible, the [regime] will enter a more difficult path.”

The recent protests across Iran showed the Iranian people consider the regime the only source of Iran’s crises. As underlined by the regime’s state-run media, the public abhorrence toward the mullahs’ regime and their destructive regime policies increases. The facts mentioned above also highlight that Iran’s economic crises are not due to sanctions, and as Iranians have underlined in their protests, the “enemy is here [in Iran]. They lie it is the U.S.” The world community should consider that giving any concessions to the regime would only allow the regime to fuel its warmongering machine, which would have devastating results for the entire world.