Written by Mansoureh Galestan
12th May 2021 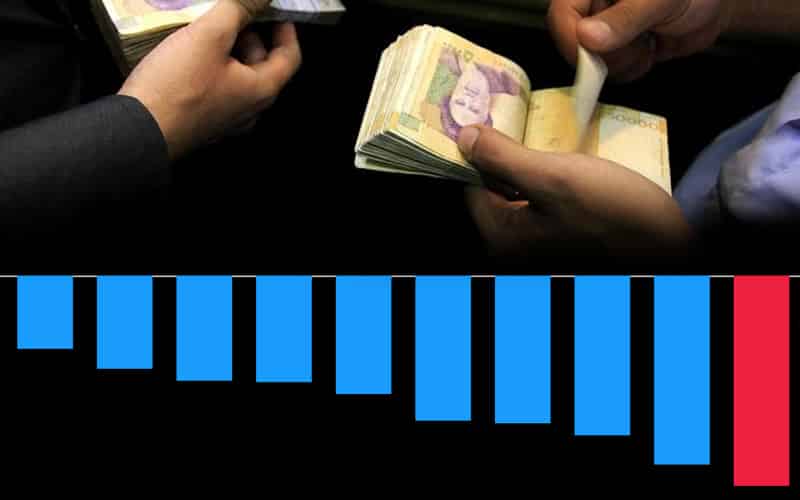 In recent days, Iran’s state-run media have acknowledged some facts about the country’s economic crisis and how corruption and the regime’s wrong policies have destroyed Iran’s economic infrastructure. Even the engineered numbers regarding the economic statistics published by the state-run media show the plight of Iranians facing poverty, inflation, and other hardships.

“In a recent report, the Statistics Center of Iran referred to the situation of the Gini coefficient in Iran, which shows that this coefficient had an upward trend in 2010 s. This means that economic inequalities and social class gaps have increased significantly,” wrote the state-run Resalat daily on Tuesday, May 11.

Resalat further states that “The country’s economy experienced negative economic growth from 2017 to 2019, and an increase in the exchange rate caused inflation to skyrocket, and promises such as reducing class differences, eradicating corruption, economic prosperity, and job creation failed.”

The rising inflation and the exchange rate are due to the regime’s corruption.

He admitted that “Economically, the exchange rate in Iran is not 25 or 27 thousand tomans per dollar, and we did this so that we could manage the country’s economy. So that today the enemies say that ‘maximum pressure’ has failed, and they are looking for a solution, and today Iran is in a position of power.”

According to Vaezi, the regime increased the exchange rate to compensate for its budget deficit.

Also, the regime started an unprecedented banknote printing, causing the liquidity and subsequently the inflation rate to grow.  In this regard, the state-run Vatan-e Emrooz on Tuesday admitted that “In a total of 8 years of the ninth and tenth governments, the Central Bank printed about 80,000 trillion tomans of money.”

This banknote printing has increased the liquidity rate, and since Iran’s liquidity growth is coupled with negative economic growth, the inflation rate and prices of goods have skyrocketed.

Thus, according to Vatan-e Emrooz, “during 2020 alone, the volume of liquidity has increased by 1003 trillion tomans.”

As a result, Iran’s inflation rate is rising daily, increasing Iran’s misery index. “The misery index, which is the result of inflation coupled with unemployment, was estimated at 46.1 percent at the end of last year,” wrote the state-run Setare Sobh on Tuesday.

“The misery index in early 2021 created a new record. This includes an inflation rate of 36.4 percent and the unemployment rate of 9.7 percent, which reached 46.1 percent. This the highest rate of misery index in the last decade,” Setare Sobh added.

Sanctions or the regime, which one to blame for Iran’s economic crisis?

“Policies of liberalization, privatization, deregulation, monetization, and commodification of social and economic phenomena are responsible for the country’s current economic, social, cultural, and political crises after the war,” wrote the state-run Sharq daily on May 8.

Since people know that the regime is behind Iran’s economic problems, the public hatred toward the regime has increased. Thus, Sharq daily reflects the regime’s fear of another major uprising by the army of starving people.

According to Sharq’s article, “The contribution of the devaluation of the national currency is the most important factor in macroeconomic destabilization, stagflation, widespread unemployment, unprecedented socio-economic inequalities; officials’ astronomical wealth; unprecedented corruption in the administrative, cultural and social context; continuous weakening of the purchasing power of the people and the livelihood crisis of a large population of society; social harms including the spread of opium addiction; the growth of crime; violence and suicide rate, and prostitution, the rising number of labor children, brain drain and the threats to the socio-political security.”

Previous articleIran News in Brief – May 12, 2021
Next articleRound-up of Iran Protests: Social Dissent Continues Across Iran