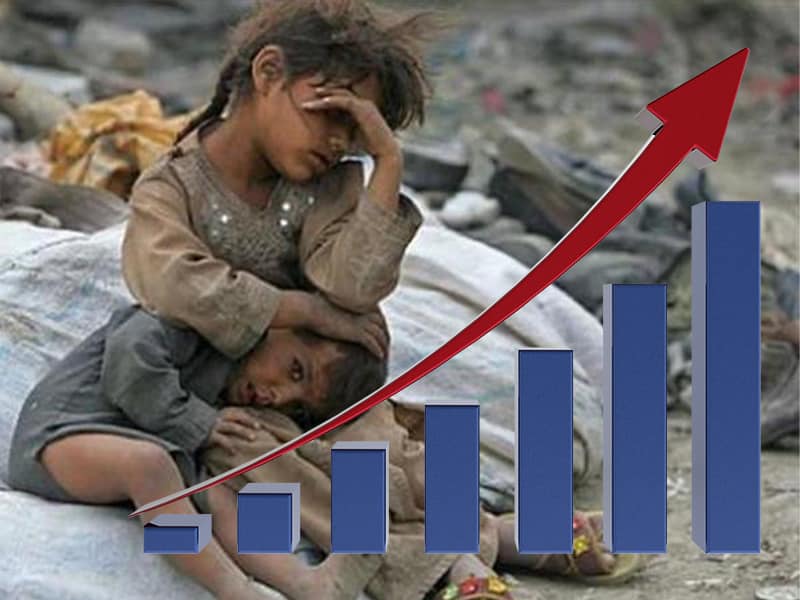 In recent days, the state-run media acknowledged that Iran’s economy is on freefall due to the regime’s wrong policies and institutionalized corruption. Although state-run media try to downplay the crisis, even their engineered facts and figures debunk claims of sanctions being the root of Iran’s economic crisis.

In an article on Monday, the state-run Vatan-e Emrooz daily admitted that the poverty line in Iran has increased by 165% from 2013 to 2019.

According to Vatan-e Emrooz, “Absolute poverty can be defined as the inability to achieve the minimum standard of living, and in fact, absolute poverty is the lack of access to subsistence standards in society. This is due to the difference in the cost of living in different regions.”

According to the semi-official ILNA News Agency, “19 million people are slum-dwellers in Iran, and live in the worst conditions, without sanitation.”

The state-run Jahan-e Sanat daily on Monday quoted Abbas Akhundi, the regime’s former Minister of Urban Development, admitting that “the continuous and rising inflation level for the past 50 years has trapped people in poverty and burns them to the core.”

Iran is among the wealthiest countries in the world. Yet, Iranians are suffering from poverty, inflation, and skyrocketing prices.

While Iranians are grappling with poverty, every day, another corruption of regime officials is revealed amid the mullahs’ factional feuds.

According to Seif’s indictment, he has wasted or rather embezzled  $30 billion and 60 tons of gold reserves. Yet, Jam-e Jam underlines that Seif was not acting alone, and this case of corruption involves the regime’s top-officials such as president Hassan Rouhani.

“The foreign exchange policy in the country goes directly to the President and the Central Bank Chief, and if there is any disruption in this regard, according to experts, these two people should be held accountable. Issues such as determining bank interest rates and large cases of currency microeconomics are done with the coordination of the President and by order of the Central Bank’s chief,” Jam-e Jam article reads in this regard.

In another example, the state-run Mostaghel daily on Monday admitted how the candidates of the regime’s sham presidential elections spend billions of tomans for their campaigns while people are suffering from poverty.

Mostaghel admits that “In recent months in our country, we have seen students drop out of school for not having a mobile phone to attend an online classroom. Poverty has brought the knife to the bone of some families. Some poor students committed suicide.”

As the state-run media admitted, Iranians are under heavy pressure of poverty, and they witness the regime’s corruption. Therefore, the public hatred toward the regime has increased, and the ongoing protests in Iran are testaments to this fact.

“The [sham] presidential election is considered a referendum from a perspective. Therefore, participation or non-participation in it must be with the understanding and acceptance of this presupposition. Let us be vigilant and think of a solution; Since today, the sharp decline and poverty of public trust in the regime has raised the alarm more than economic poverty,” Arman daily wrote on Wednesday.