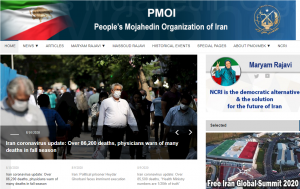 On the evening of Sunday, August 10, the official website of the People’s Mojahedin Organization of Iran (PMOI / MEK) was relentlessly attacked by the clerical regime’s cyber army beginning at 10:50 pm CEST. These ferocious attacks that continue to this day have been repulsed and the mullahs desperate cyber attempt to disrupt users’ access to the Mojahedin-e Khalq website has failed.

The clerical regime’s cyber-attack is carried out by utilizing hundreds of IPs and servers to place a DDoS attack targeting MEK’s website. In these attacks, with massive and artificial references, the IRGC’s and the clerical regime’s intelligence ministry’s cyber army tried to saturate the MEK’s website’s servers and make it inaccessible by users. An attempt that was repelled by the server’s firewalls and there was no problem in accessing the site.

Earlier, on July 18th, simultaneous to the Free Iran Global Summit and its live stream on the MEK’s website, the site was attacked three times during the summit, using the same DDoS attack by the clerical regime’s cyber system. On Thursday and Friday, the 23rd and 24th of July 2020, at 20:30 and 20:40 CEST respectively, the MEK’s website was attacked again by the regime’s cyber army.

The continuous cyber-attacks on MEK’s website clearly shows the mullahs’ fear of the impact of news, reports, and information about the activities of the MEK supporters and Resistance Units in Iran, and protests and nationwide strikes, and, more importantly, the activities and messages of the resistance leadership, which have an undeniable impact on mobilizing the Iranian people, especially the youth in their efforts to overthrow the regime.