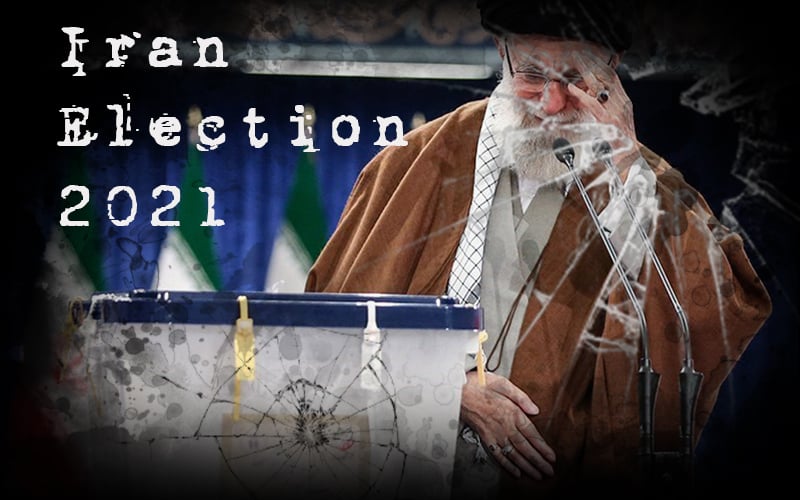 As the registration for candidates in Iran’s sham presidential election starts, the factional feuds of the mullahs’ regime increase. Each faction is fighting for more power and share in plundering the country’s national wealth.

While the regime’s Guardian Council set some new criteria for the candidates, the regime’s internal crisis was intensified and reached a new level in recent days.

The regime’s President Hassan Rouhani has rejected these criteria. On Thursday, Abodolreza Rahmani Fazli, the regime’s Interior Ministry, said: “the elections rule has neither been canceled nor modified.”

“Observations of a Fars reporter based at the election headquarters show that registration is done according to the previous rules, regardless of the instructions of the Guardian Council,” wrote the state-run Fars news agency on Monday

Subsequently, on May 11, Abbasali Kadkhodaie, the Guardian Council’s spokesperson, once again, underlined that the “Registrations without the necessary documents and criteria are not valid and will not be reviewed.”

With the factional feuding rising, Rouhani pleaded with the rival faction on Thursday to allow members of his ilk to take part in this farce election. “The government deeply believes that unity is defined by participation, not elimination.”

Khamenei has leaped to eliminate the rival faction and unipolar his regime as a part of his contraction policy due to his regime’s domestic and international crises. Following the major uprising in Iran in starting 2017, and due to the society’s restiveness, Khamenei cannot even accept those from the rival faction who have been actively engaged in terrorism and oppression.

Yet, as the regime’s infighting increases, Khamenei’s position in the regime becomes insecure. Khamenei intends to select Ebrahim Raisi, the current Judiciary Chief and one of the main perpetrators of the 1988 massacre, so he could prevent his regime from collapsing.

Meanwhile, he knows that amid growing nationwide calls for boycotting the regime’s elections, eliminating the rival faction’s candidates will damage the low number of participants of the regime’s affiliates. This is while Khamenei needs to legitimize his regime by having a large voter turnout. “Higher turnout is paramount and results in security,” Khamenei underlined on Monday.

But as the state-run Hamdeli daily acknowledged on Wednesday, “Evidence shows that A cold atmosphere dominates the presidential election. It is safe to say that the same [nationwide boycott] of the eleventh parliamentary elections will repeat.”

The main concern for both factions is the restiveness of the society and another popular uprising.

“Do they know that their action creates wide rifts in the system that the enemy will use? Didn’t [Khamenei] remind 2009 [uprising] that was the result of creating a rift in the body of the system during the elections?” the state-run Mostaghel daily wrote on Monday, adding, “Have we not witnessed a chain of social protests in the country during the last four months, accompanied by sharp political slogans? And do we not know that the spread of these protests has dangerous and irreversible security consequences?”