In Iran, Russia’s War on Ukraine Is a Political Flash Point

TEHRAN, Iran (AP) — During its 1979 Islamic Revolution, Iran embraced the protest cry of “neither East nor West,” rejecting both the U.S. and the Soviet Union, then locked in the Cold War. The phrase to this day hangs over the doors of Iran’s Foreign Ministry.

Russia’s war on Ukraine, however, has exposed just how much Tehran has tilted toward Moscow in recent years as the collapse of its nuclear deal with world powers stoked decades-old, hard-line anger at America. Members of Iran’s paramilitary Revolutionary Guard train on Russian surface-to-air missile systems and aircraft. Hard-line President Ebrahim Raisi visited Russian President Vladimir Putin on one of his first trips abroad.

The United States is seeking to reassure Saudi Arabia and the UAE by forming a naval task force to prevent the smuggling of weapons that reach the Houthi rebels and their smuggling from Iran.

The US Navy announced that it is working to form a new multinational task force that will target arms smuggling in the waters around Yemen. In the country, the Houthis, after overthrowing the regular government, have been fighting for nearly seven years against a Saudi-led coalition, and to a lesser extent openly against the United Arab Emirates. Rebels receive weapons smuggled from the Pasdaran.

Iraq Finds No Evidence of Mossad Link in Erbil Attack

Baghdad has not found evidence to support Iran’s claims that an Israeli intelligence centre was based in Erbil, officials said on Monday.

Missiles struck a villa owned by Baz Karim Barzanji, a Kurdish businessman. He runs the KAR Group, which operates the largest oil refinery in the Kurdish region, among a portfolio of projects that includes water and power. 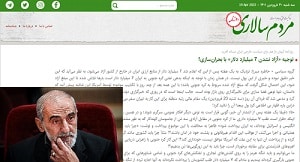 “Nearly a week after it was announced that $7 billion of Iran’s foreign exchange resources would be released, the news turned out to be inaccurate,” the state-run Mardomsalary wrote today. “A few days later, when the United States denied the latter, the perception has become evident that it was just a hoax to influence the market.”

Mardomsalary added: “Now, exactly one week after the news was published, apparently to keep the public opinion busy for some time, the Kayhan newspaper claimed last Saturday that “our $7 billion demand from South Korea is going to be paid in exchange for the release of three veteran spies who jointly served the US, British and Israeli intelligence services” and seemingly Kayhan opposed the deal, arguing that Iran could block the Strait of Hormuz to get its money free anyway. But this article was probably prepared to justify things when the news of Iran’s $7 billion release turns out to be nonsense.”

Criticizing the Kayhan editor-in-chief, Mardomsalary wrote: “However, as it is typical for Hossein Shariatmadari, the author of this article and Kayhan’s editor-in-chief, this was a bit amateurish and it violated our international interests and diplomatic principles. And therefore, the South Korean Foreign Ministry announced on Monday that the country’s Deputy Foreign Minister had summoned the Iranian ambassador to Seoul because of Kayhan’s piece.”

Last night, April 18, 10:30 pm local time, people who passed the El Goli (also called Shah Goli) a large historic park in the southeast region of Tabriz, East Azerbaijan Province, came to hear slogans like “Death to Khamenei, Khomeini be damned!”, “Viva Rajavi!” “Neither the Shah nor the mullahs, I’m for the people!” as well as excerpts of speeches by Iranian Resistance leaders.

April 18 – Tabriz, northwest #Iran
10:30 pm local time
Anti-regime slogans aired in public
"Death to Khamenei!"
"Khomeini be damned!"
"Hail to Rajavi!"
"Neither the Shah, nor the mullahs! I'm for the people!"
Speeches by Iranian Resistance leaders.pic.twitter.com/0MZ50K2Qyw

US Firm on Nuclear Accord as Iran Casts Blame

Washington (AFP) – The United States on Monday appeared to dismiss a key Iranian demand to salvage a nuclear accord as Tehran blamed Washington for the prolonged impasse.

Iran and the United States have been negotiating indirectly in Vienna for a year to restore the 2015 agreement, known formally as the Joint Comprehensive Plan of Action, from which former US President Donald Trump withdrew.

One key sticking point is Iran’s insistence on removing the US designation made by Trump that the Revolutionary Guards, the clerical regime’s elite military unit with broad reach in the economy, is a terrorist organization.

Fariba Dalir, a Christian woman, was sent to Tehran’s Evin Prison on Saturday, April 16, 2022. Tehran’s Revolutionary Court had earlier sentenced her to two years in prison.

The Revolutionary Court of Tehran had sentenced Fariba Dalir to 5 years in prison in November 2021 for managing a Christian church, which was considered an act against national security. Her sentence was later commuted to 2 years imprisonment. 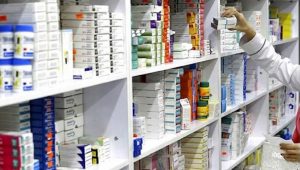 Many industries in Iran have been the victims of government corruption and inadequate and ineffective management. The pharmaceutical industry is no exception. The daily high prices of drugs in pharmacies in the city and the country, as well as the significant shortage of domestically produced pharmaceutical items, have been the subject of print media, news sites, and news agencies almost every day for the past three weeks. The government’s mismanagement of this industry has caused it to face a severe shortage of efficient and compassionate manpower and go through difficult times procuring raw materials. 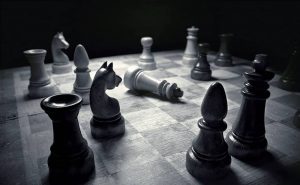 Following the nationwide protests in November 2019, the Iranian regime’s supreme leader Ali Khamenei decided to consolidate his regime by installing loyal followers who align with the regime’s ideology as his government ministers. Initially, he established a parliament with officials who were former Revolutionary Guards’ (IRGC) officers, as well as those from the notorious Ministry of Intelligence. Before appointing Ebrahim Raisi as the new president last year, Khamenei explicitly stated, in one of his speeches, that the only government able to solve the country’s problems and difficulties is what he referred to as a Hezbollahi government.

April 16, 2022, Toronto, Canada: Freedom-loving Iranians, supporters of the People’s Mojahedin Organization of Iran (PMOI/MEK) demonstrated against the mullahs’ regime. Iranians, in their rally, demanded regime change and the establishment of a free and democratic republic in Iran.

Previous articleIran: Raisi’s Government Is Trapped in Its Own Lies
Next articleIran: Resistance Units Broadcast Chants of “Death to Khamenei, Raisi” in Tehran