Skyrocketing prices, unprecedented inflation, and decreasing living standards continue to hurt Iranians. Hence, people have no choice other than to rally in the streets and protest.

August 8 – Kermanshah, western #Iran
Medical interns demonstrating for the second day to voice their economic woes & protest being treated like healthcare workers, not doctors in training at hospitals. #IranProtests pic.twitter.com/ISRyGw6bDb

The lack of a responsible approach for nationwide vaccinations, coupled with the regime failing to import WHO-approved vaccines from the US and UK, as well as systemic fraud and corruption in the regime’s health industry, has led to a shocking aftermath in the society with the death toll and new patients contracting the delta variant rising by the day.

August 8 – Mashhad, northeast #Iran
A hospital waiting room
The delta variant is infecting thousands as regime Supreme Leader Ali Khamenei banned credible vaccines and only a small fraction of the elderly have been vaccinated.#COVID19 pic.twitter.com/xvY01qN3ZK

Tehran, #Iran
Footages shows a large number of people outside a clinic seeking to receive medical care for #COVID19. The facility itself is packed and people are forced to wait outside.pic.twitter.com/7z9IXinuNE 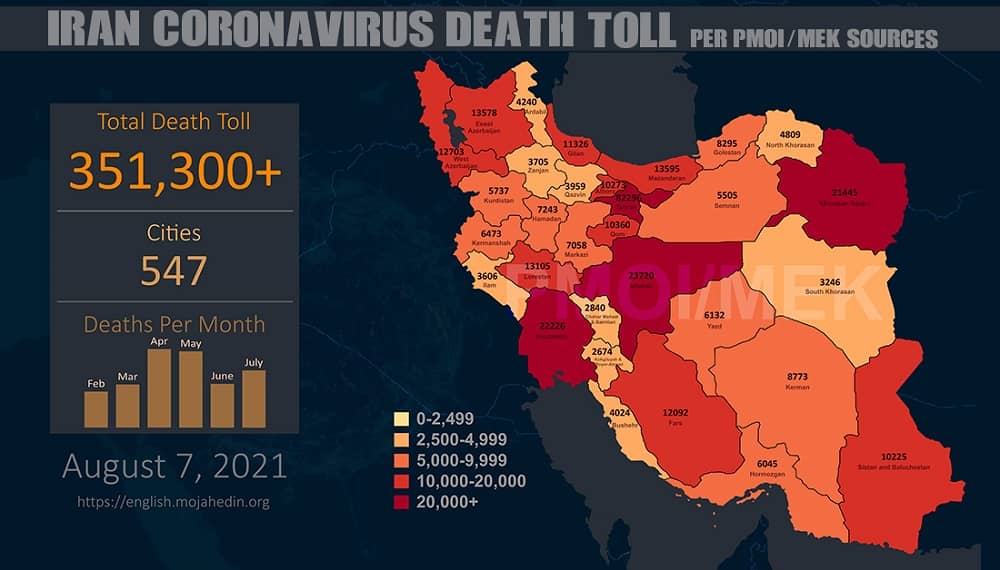 Over 351,300 people have died of the novel coronavirus in 547 cities checkered across all of Iran’s 31 provinces, according to reports tallied by the Iranian opposition People’s Mojahedin Organization of Iran (PMOI/MEK) as of Saturday afternoon local time, August 7. The official death toll declared by the regime stands at 93,473, around a fourth of the actual figure.

More than 351,300 people have died of the novel #coronavirus in 547 cities checkered across all of Iran's 31 provinces, according to the Iranian opposition PMOI/MEK.

Activities of MEK network in Iran

MEK network in Iran says that mullahs rule is unstable in Iran
August 6, 2021—While Iranian regime president Ebrahim Raisi was sworn at Iran’s parliament and officially started his presidency, PMOI/MEK Resistance Units expressed their determination for overthrowing the regime and for continuing the uprisings and protests in Iran.

Maryam Rajavi: On behalf of the Iranian people and Resistance, I call on the United Nations and the international community to recognize the 1988 Massacre in Iran as genocide and a crime against humanity.

On behalf of Iranian people and Resistance, I call on the United Nations and the international community to recognize the #1988Massacre in #Iran as genocide and a crime against humanity. #ProsecuteRaisiNow pic.twitter.com/uC1wjDTNpf

The time has come for referring the dossier of #HumanRights violations in #Iran, particularly the executions of the 1980s and the #1988Massacre, to the UN Security Council. #ProsecuteRaisiNow pic.twitter.com/Z2ucgUo1Fp 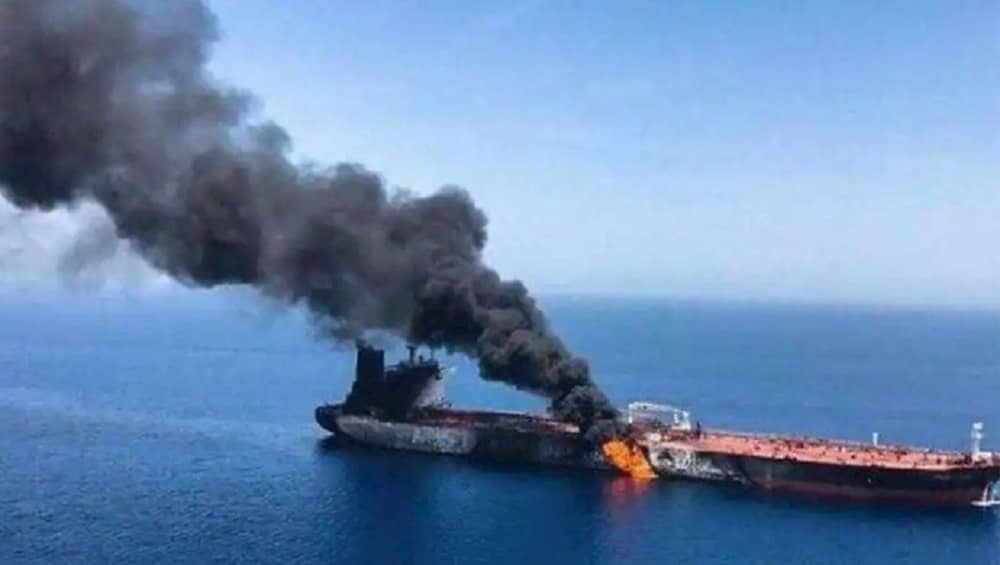 An investigation by the U.S. Department of Defense into a drone attack against an oil tanker off the coast of Oman points the finger at the Iranian regime. According to a statement by the U.S. Central Command, “The M/T Mercer Street was targeted by two unsuccessful explosive UAV attacks on the evening of July 29” and the ship was again attacked on July 30, this time by another UAV “loaded with a military-grade explosive.” The attack resulted in the death of a Romanian citizen and a UK national. 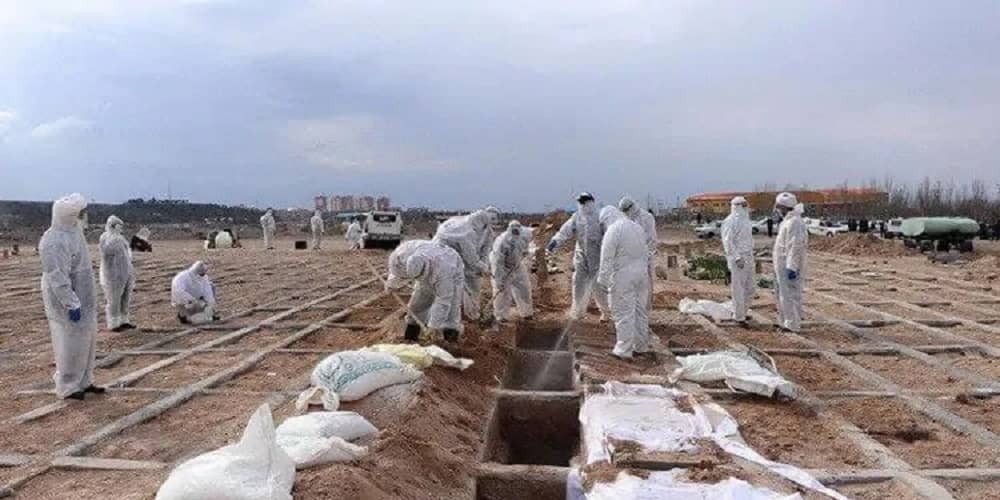 Iran’s Health Minister put the daily death toll at 458, and 34,913 new infections of the COVID-19 virus yesterday. This is the highest record of deaths in the ”fifth peak” in Iran. As the Delta variant ravages across the nation, Iranian hospitals are suffering from overcapacity and cemeteries have no room to bury the COVID-19 victims. Iran’s Deputy Health Minister, Iraj Harirchi also said yesterday that this is one of the worse times since the start of the pandemic. 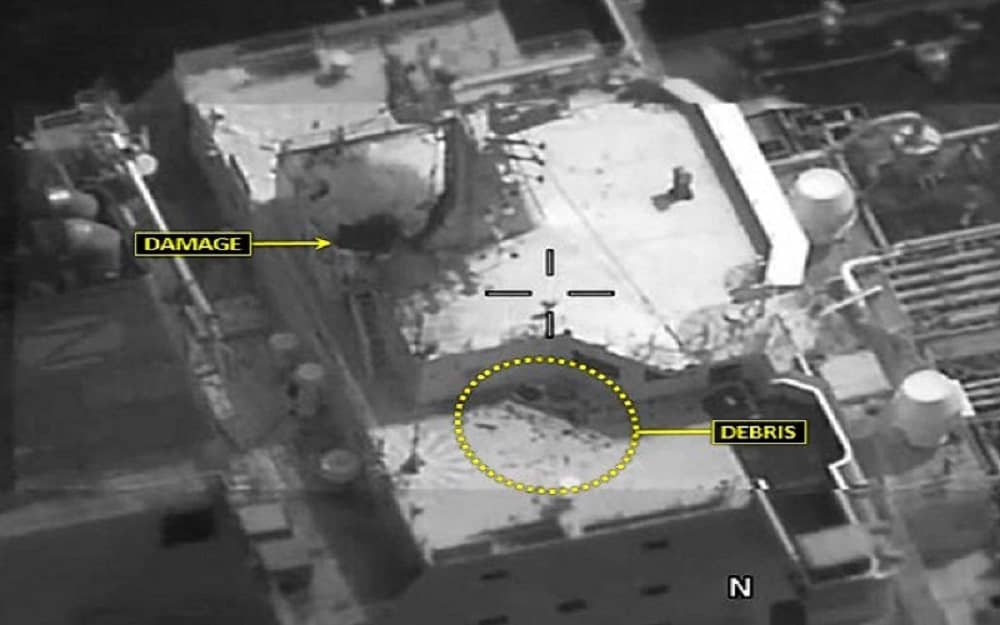 On Tuesday, Iranian Supreme Leader Ali Khamenei formally endorsed Ebrahim Raisi as the country’s next president, pending his inauguration on Thursday. The ceremony took place against the backdrop of growing concerns about escalating tensions between the Islamic Republic and its regional and Western allies. Although this escalation has been ongoing for at least two years under the administration of pragmatist President Hassan Rouhani, his successor is an avowed hardliner who is expected to place members of the Islamic Revolutionary Guard Corps in a number of major government positions to help further a belligerent foreign policy.