Former Official Warns That Society’s Tolerance Is Running Out 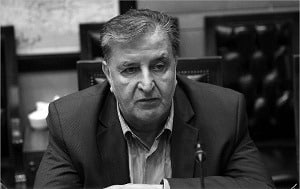 Ezatollah Yousefian Mullah, a former member of the regime’s parliament warned: “It is not clear how they (the government) dare to announce that they now plan to change the ration of gasoline to 15 liters! You can bet that bad things will happen. This is like playing with fire. A fire whose flames may burn in other places that we do not even think about.”

“In recent weeks, protests in Kazakhstan and violent clashes following rising fuel prices have been one of the most important news in the world,” he added. “This is especially important for us because it seems that there are similarities in different ways. Like the sudden increase in the price of gasoline in November 2019 and the events that followed, as well as the recent rumors about the elimination of the state preferred exchange rate and the increase of gas prices. In recent weeks, many sociology experts and political analysts have issued the necessary warnings and have written about the decline of the tolerance of the people and society. They emphasize that these people, given the inflation and the hardships of life, can not bear the pressure anymore.” 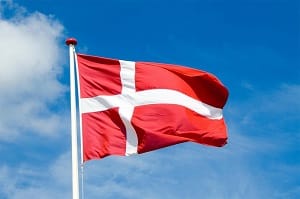 COPENHAGEN, Jan 13 (Reuters) – Denmark warned on Thursday of a rising espionage threat from Russia, China, Iran and others, including in the Arctic region where global powers are jostling for resources and sea routes.

The Danish Security and Intelligence Service said there had been numerous examples of attempted spying on Denmark, whose active global role had helped make it a tempting target.

“The threat from foreign intelligence activities against Denmark, Greenland and the Faroe Islands has increased in recent years,” Anders Henriksen, head of counterintelligence at the Danish Security and Intelligence Service, said in a report. 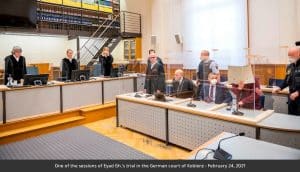 KOBLENZ, Germany, Jan 13 (Reuters) – A German court on Thursday jailed a Syrian ex-intelligence officer for life for murder, rape, and crimes against humanity, handing down the first-ever conviction for state-backed torture committed during Syria’s civil war after a landmark trial.

Anwar Raslan was found guilty on 27 of out 58 counts of murder, rape and sexual assault carried out at a Damascus prison run by a unit of President Bashar al-Assad’s security services that he headed. 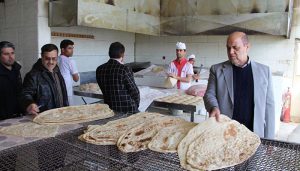 State officials state that the Raisi government’s decision to eliminate the preferred exchange rate next year (the new year on the Persian calendar begins on March 21), will increase the price of bread.

According to the state-run Mehr news agency, Massoud Mirkazemi, head of the regime’s Program and Budget Organization announced on January 11: “If the preferred exchange rate is removed from bread, we will give people cards with which they buy bread at the current price, and the difference will be paid to the baker by the government.”

But experts are projecting that people will practically receive coupons that enable them to only buy a certain amount of bread at the current price. In case they need to buy more, they have to pay much higher figures. 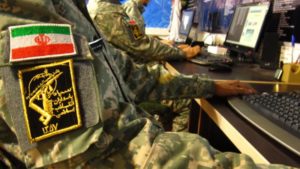 A group of Iranian regime-backed hackers, called MuddyWater was accused by the United States military on Wednesday of targeting government and private enterprise networks in the Middle East as well as several organizations in the United States.

According to reports, NGOs, telecom, and governmental organizations in Saudi Arabia, the United Arab Emirates, Georgia, Turkey, Iraq, Jordan, Pakistan, and Israel were targeted by the group, also known as Static Kitten, MERCURY,  TEMP.Zagros or Seedworm since 2017.

US Slams Iranian Regime for Prolonging War in Yemen

Remarks at a UN Security Council Briefing on Yemen

During her remarks in a briefing at the UN Security Council, US Ambassador Linda Thomas-Greenfield condemned the Iranian regime’s role in the death and destruction caused by the war in Yemen.

Mrs. Thomas-Greenfield said: “Another part of this pattern is the ongoing Houthi military offensive in Marib, which has led to thousands of additional internally displaced people now living in precarious conditions. This offensive is fueled by the illegal flow of weapons to the Houthis. Just last month, the U.S. Navy seized upwards of 1,400 assault rifles, 226,000 rounds of ammunition from a vessel originating from Iran. This ship was on a route historically used to illegally smuggle weapons to the Houthis. The smuggling of arms from Iran to the Houthis represents a flagrant violation of the UN’s targeted arms embargo and is yet another example of how Iran’s destabilizing activity is prolonging the war in Yemen.”

Why Iran Attacks US Sites 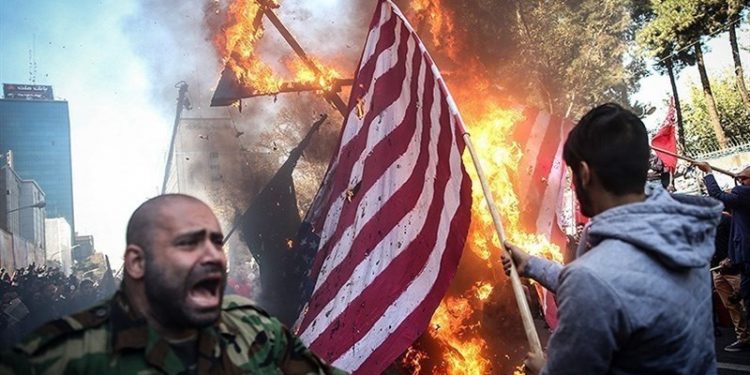 The animosity between Iran and the US started the day the mullahs took power in Iran. A barrage of anti-American slogans and flag burnings by the thugs associated with the regime took place on every occasion and gathering throughout Iran at the beginning of the revolution and to the present time. At the pinnacle of such antagonism, was the attack on the U.S. embassy in Tehran on November 4, 1979. Fifty-two Americans were held hostage for 444 days by student militants affiliated with the newfound Islamic government in Iran. The regime in Tehran celebrates this occasion every year, burning U.S. flags and American presidents’ photos while chanting anti-American slogans and preaching a slew of rhetoric against America in mosques and poorly attended and poorly organized gatherings.

Deaths in Iran Prisons Ongoing Amid Lack of Accountability 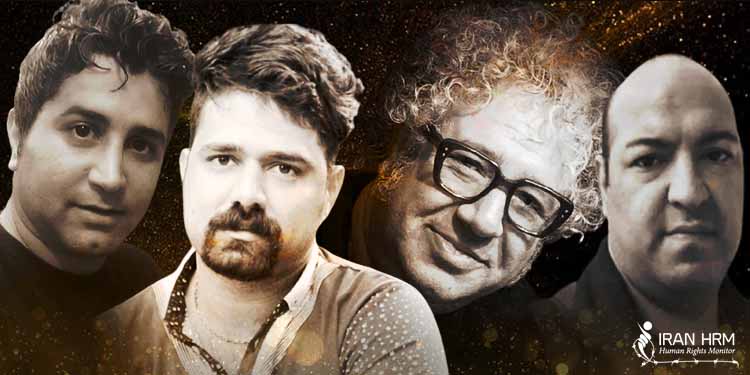 The torture and cruel mistreatment of detainees and prisoners in Iran are among the most serious human rights violations in the country’s jails. Iranian security officials routinely subject prisoners to ill-treatment, particularly during interrogations. There are numerous reports of detainees’ deaths during the interrogation phase in detention centers run by the ministry of intelligence, the IRGC, and the investigation unit of Iran’s police (Agahi). A court of appeals has upheld a jail sentence for a man for posting pictures of political prisoners executed in the 1988 massacre in Iran. Hamed Mortazavi, a man from Behbahan, southwest Iran was sentenced to four years of prison for “spreading propaganda against the state”, “insulting the founder & leader” of the regime, and “membership in a group with more than two members with the intention of disrupting security”. 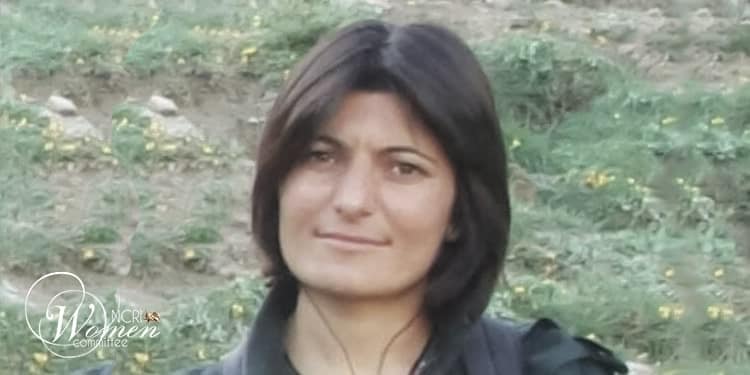 Zeinab Jalalian has been detained 530 days incommunicado, under physical and mental torture. Her family is gravely worried about her conditions and health. 530 days have passed since Zeinab Jalalian last contacted her family, and informed source announced on January 12, 2022. The Jalalian family and friends are extremely concerned about her conditions, holding the regime accountable for her health. 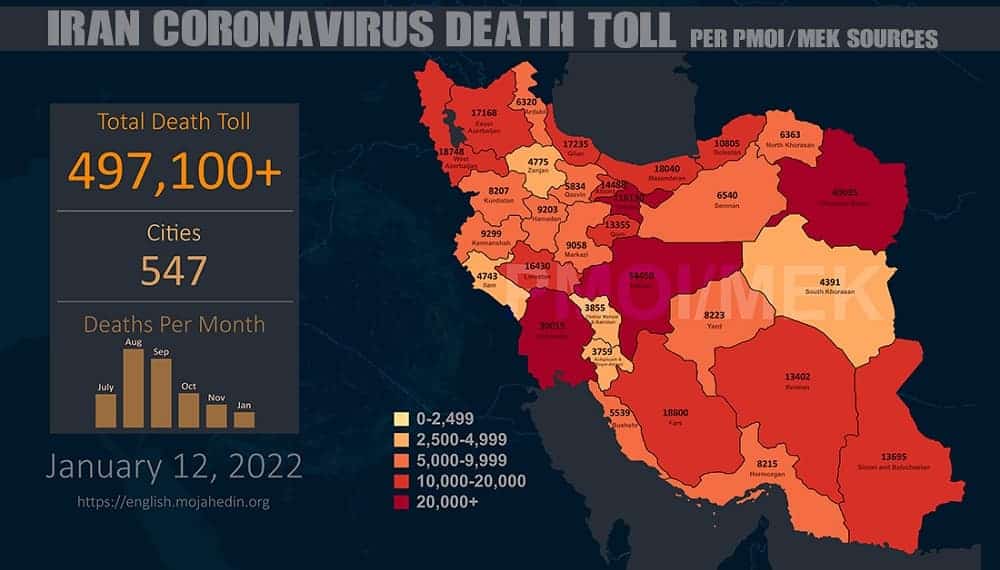