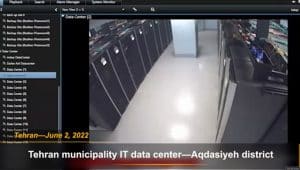 The regime ruling Iran has had its hands full recently with nationwide protests over the rising prices of food staples followed by people taking to the streets in many cities over the May 23 collapse of the ten-story Metropol tower in Abadan, southwest Iran, that has left at least 37 killed. The circumstances have become extremely tenuous such that any protest of any nature bears the potential of quickly evolving into contagious anti-regime rallies that spread fast and furious like wildfire across the country. 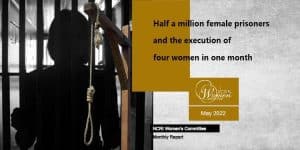 Shocking record of mullahs in executions and crimes in prisons. May 2022 was marked by a growing number of anti-government protests in Iran against rising prices and high prices of food staples.

At the same time, the Iranian resistance revealed shocking documents from more than four decades of mullahs’ crimes in prisons. The news of the collapse of a large portion of a 10-story building named Metropol Tower in the city of Abadan, in southwestern Iran on Monday, May 23, enraged locals in the city and the whole country. Fearful of the raging anger of the people and families of those killed in Metropol, local officials dispatched anti-riot units to prevent locals from launching anti-regime protests as Abadan residents were increasingly growing angry. So far, at least 37 people have been killed, and reports indicate more are still feared trapped under the rubble. 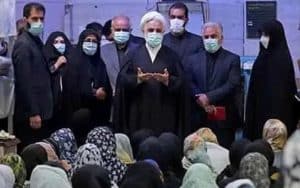 According to reports from the Qarchak prison in Varamin, a suburb of Tehran, the Iranian regime’s Judiciary Chief Gholam-Hossein Mohseni-Eje’i visited the female political prisoners’ ward on Friday, May 27, with several bodyguards and security forces accompanying him.

Upon entry to the ward, Mohseni Eje’i was greeted with chants of “Death to [Supreme Leader Ali] Khamenei” by the political prisoners. In recent protests, many citizens have chanted the same slogan in Abadan and other cities following the collapse of the ten-story Metropol twin towers and the regime’s feeble response to the disaster.

Iran Cuts off Prisoner’s Fingers for Theft, Three Otherst at Risk of Amputation In a tweet on June 2, Arash Sadeghi wrote: “Since one month ago, a device called a guillotine (for amputation) has been brought to a room in Evin Prison infirmary. On May 31, the four fingers of a prisoner who had been transferred from Kermanshah Prison to Evin Prison (ward 7) were amputated. This sentence was carried out under strict security measures in the medical ward of Evin Prison.” A video recently published on social media shows the state security forces’ brutality while arresting two men in Chalus, a suburb of Tehran, the Iranian capital. In the video, which was posted on social media on Thursday, May 31, two agents are seen violently detaining a citizen on charges of “robbery” and beating him while using vulgar words.

Following the publication of the video, Alborz police chief Abbas Ali Mohammadian said that “these actions of security forces are not acceptable.” He said that the case would be brought to justice. Iranian police violence against citizens has a history, and videos of such brutality are occasionally posted on social media.

Paris rally by the Iranian resistance supporters in support of Iran protests – June 2, 2022

June 2, 2022, Paris, France: Freedom-loving Iranians, supporters of the People’s Mojahedin Organization of Iran (PMOI/MEK), and the National Council of Resistance of Iran (NCRI) demonstrated in support of the Iran protests and in solidarity with protesters in Abadan and other Iranian cities.