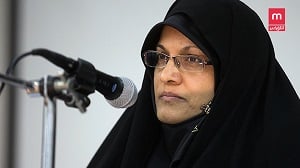 At the parliamentary session today, MP Zohreh Elahian said: “Today, the international circumstances and the thirst of Europe and America for energy have forced the West to buy oil from Iran! In this situation, it seems that the continuation of the negotiations will not benefit the Iranian nation and thus reviving the dead body of the JCPOA will not create a miracle for the Iranian nation.” 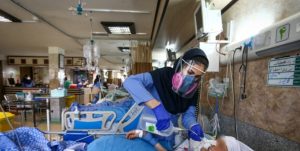 Talking about a new surge of Covid-19 cases, Mohammad Mehdi Goya, head of the Center for Contagious Diseases at the regime’s Ministry of Health told state TV on August 2: “The number of cases of this disease has been gradually increasing in the last month or two. Previously, we had reached a point where there were less than 200 cases per day. Today, we had almost ten thousand cases in the country. The number of Covid deaths in our country had reached less than four cases per day. Now it has reached something like seventy to eighty cases. The number of admitted patients was less than forty but now it has reached about 1200-1300-1400 cases. This shows that this virus is spreading rapidly. We have not yet reached the peak and we still cannot judge.”

200 Bodies Are Buried Under the Mud in Imamzadeh Davood- Newspaper On August 3, reporting about the unofficial death toll of the floods in Imamzadeh Davood in Tehran, the state-run daily Sharq wrote: “Local people say that at least 200 people are now under the rubble. Dead bodies were hit by water a hundred times against the buildings and other surrounding objects. After several days, the smell of unearthed corpses has filled the entire area.”

Quoting one of the flood survivors, Sharq wrote: “Mohammad is one of those who lost six loved ones in the flood. He is from Lorestan province and he and his cousins came to Imamzadeh Davood to make a better life and rented a restaurant and an inn. Of the six, only three bodies were found and the other three are still buried under the mud.” 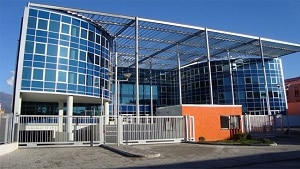 Albania’s Special Structure for Combatting Corruption and Organized Crime (SPAK), acting on orders issued by the Special Prosecutor’s Office, detained and interrogated 20 Iranians for conducting espionage operations in Albania for the Iranian regime, according to Albanian media reports on July 16. Albanian Police raided eight apartments, four offices, and several buildings where the Iranian regime agents resided in and used to carry out their suspicious prohibited activities against the Iranian opposition People’s Mojahedin Organization of Iran (PMOI/MEK) in their Ashraf 3 complex, located near Tirana, the capital of Albania. The women’s rights activist was previously tried on charges of propaganda against the state and spreading falsities by publishing online posts. Ms. Rahmani explained on her Instagram account that the sentence was suspended for five years.

Another Swedish Citizen, Another Victim of Tehran’s Hostage-taking Policy Every November 4, the Islamic Republic of Iran celebrates the attack on the US Embassy when it took US Embassy personnel hostage more than four decades ago. On this day every year, the regime’s loyalists chant “Death to America,” and the spectacle is broadcasted heavily throughout Iran and the world. The hostage-taking policy of the regime and the events in Tehran more than four decades ago have not only dissipated but have become part of Iran’s foreign policy. Those in power in Iran continue to insist and advocate that, despite all evidence to the contrary, the 1979 hostage-taking was a splendid victory. 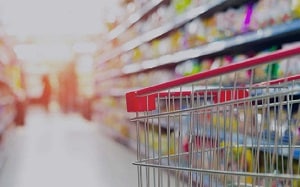 According to Iranian media outlets, the purchasing power of Iranian families has significantly decreased in recent months. “High prices and inflation are killing the people,” citizens frequently chant in their socio-economic protests. At the same time, the Iranian government is planning to raise staple food prices once again, despite promises made by the Iranian regime’s president Ebrahim Raisi.

In mid-May, Raisi’s cabinet increased the cost of essential items, including bread, egg, chicken, and cooking oil, which prompted nationwide protests for a couple of weeks. The government’s supervising apparatuses are continuing to pass enactments and directives, paving the path for further hikes in people’s crucial foodstuffs. 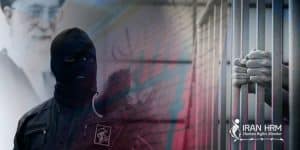 The Iranian regime stepped up its crackdown on civil liberties amid severe economic pressure on Iranians. Dozens of members of Iranian civil society were arrested or began prison sentences in July, including family members of slain protesters, lawyers, and acclaimed film directors. The clerical regime also continued horrendous daily executions. 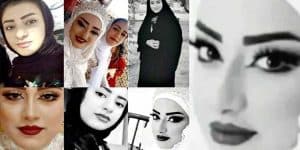 Eleven months after the murder of a child bride by her cleric husband in Lorestan western Iran, Shargh state-run daily said the cleric is free while the journalist who exposed the cleric’s role in the murder has been sentenced to prison.

Three Blinding Sentences Are To Be Carried Out in Iran