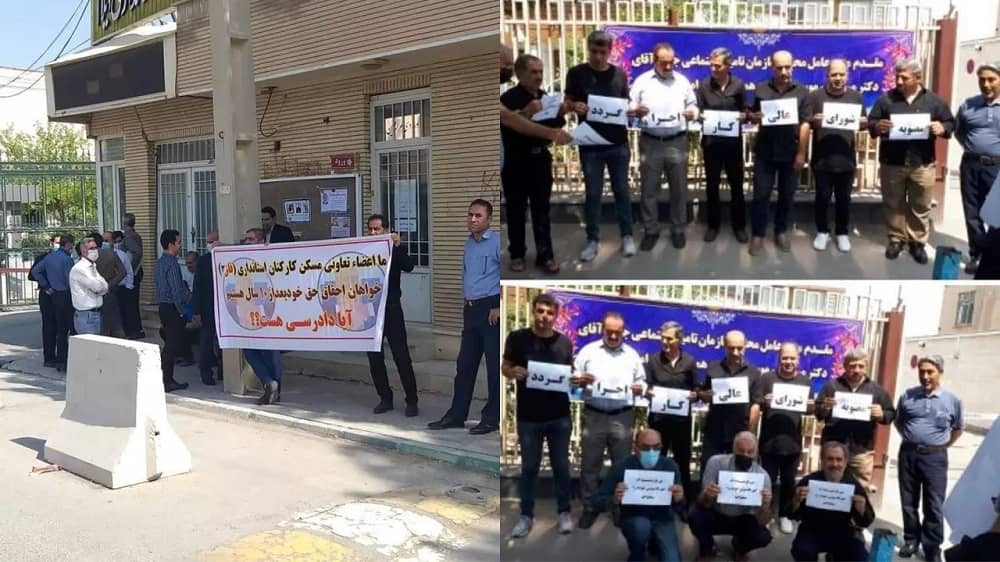 As Nuclear Talks Resume, So Do the Protest of Iranians in Vienna

Today, Thursday, August 4, while delegations of the negotiating parties involved in the JCPOA revival traveled to Vienna, Iranians and supporters of the Iranian Resistance in Austria protested against the appeasement policy and eventual consessions to Tehran.

The protestors highlighted the following slogans on their boards and signs:

“The Iranian people reject the clerical regime and their nuclear bomb. They want a free, secular and democratic republic.”

“Instead of negotiating, activate the UN Security Council resolutions and impose comprehensive sanctions.”

“A regime on the verge of collapse wants an atomic bomb for its survival. Do not give this regime a chance by negotiating.”

Protests Continue Across Iran By People From All Walks of Life

Reports from Iran tallied by the Iranian opposition, Mujahedin-e-Khalq (MEK), indicate there have been several protests in different cities in recent days.

On Wednesday, workers of Ilam’s governorate in northwest Iran held a protest demanding their rights and delayed wages. 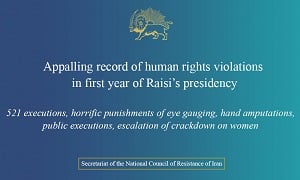 Ebrahim Raisi, known as the henchman of 1988, completed his first year of the presidency with a dark record of egregious and systematic violation of human rights. Under his tenure, the regime has unprecedentedly stepped up executions and suppression, to save the ruling theocracy from the explosion of people’s anger and to delay its inevitable overthrow,

A year into his presidency, which began on August 3, at least 521 prisoners were executed, including 21 women And six minors at the time of committing the alleged offense. In the final 10 days of July, 33 prisoners were hanged and public executions resumed. At least seven prisoners were killed under torture in the past year. Most of the victims were accused of drug trafficking, whereas the IRGC and Hezbollah control the massive drug trade and its transit outside Iran. 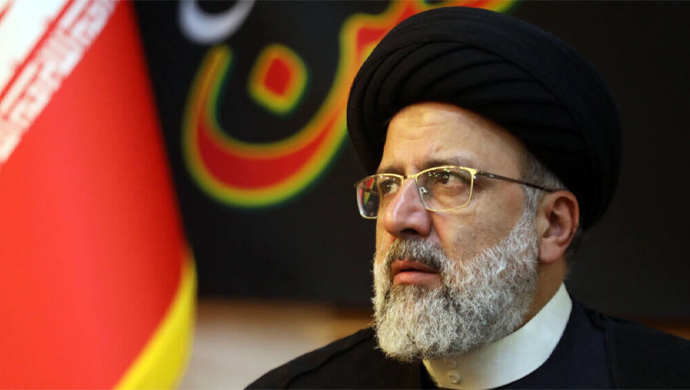 Marking the first year of Iranian regime President Ebrahim Raisi’s tenure it is interesting to see that the mullahs’ state media are not resorting to any brouhaha to boast about his achievements. The reason is simple: there is nothing to boast about.

In fact, we are seeing an opposite trend. The regime’s Majlis (parliament), which the mullahs’ Supreme Leader Ali Khamenei went to great lengths to unify its ranks in the sham elections of 2021, the members are acknowledging the Raisi cabinet’s numerous failures in a long list of different fields.

Renewed Coronavirus Outbreak in the Women’s Ward of Evin 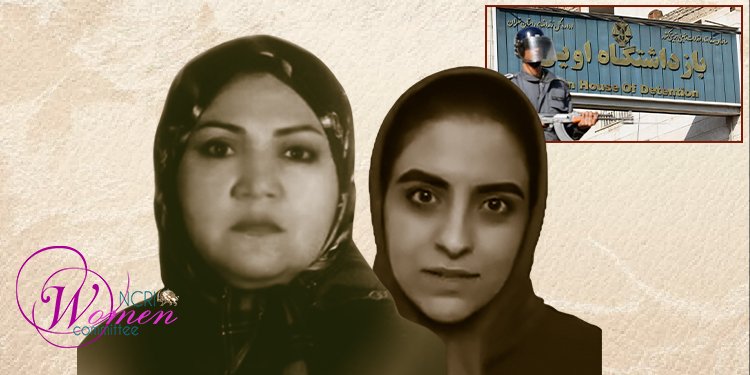 News from the notorious Evin Prison indicates a renewed Coronavirus outbreak in the women’s ward. An increasing number of prisoners are contracting the virus, including Parastoo Moini and Fatemeh Mosanna, who have been infected.

Fourteen female political prisoners detained in Qarchak Prison were transferred to Evin Prison on July 20, 2022. Prison conditions in Evin are much worse than in Qarchak, and they face much harsher conditions.

These days, the Iranian regime has been surrounded by enormous dilemmas both inside the country and abroad, while people from different walks of life continue their socio-economic protests across Iran on a daily basis. At the same time, the regime’s mullahs are losing their hopes of further concessions from Western governments through the revival of the 2015 nuclear deal.

In his lecture on July 27, the regime’s Supreme Leader Ali Khamenei emphasized the importance of ‘Friday Prayers’. The regime touted these weekly ceremonies for decades as a sign of public acceptance. However, these state-back shows have failed to attract the regime’s loyalists, let alone ordinary citizens.

Previous articleSenator Bob Menendez: A Return to the 2015 Iran’s Nuclear Deal Is Not Only Unrealistic and Unproductive, It Is a Fantasy
Next articleIran: Resistance Units Broadcast Anti-regime Slogans in Tonekabon