The health of Hashem Khastar, a teacher detained in Mashhad Prison, is critical

The health of Hashem Khastar, a teacher detained in Mashhad Prison, is critical. Mr. Khastar, 67, is under a lot of pressure & detained in difficult conditions. He suffers from high blood pressure & needs to be treated soon. #FreePoliticalPrisoners #Iran pic.twitter.com/xjN7ysJh9U

Ali was walking home from school on 16 Nov. 2019 when he was fatally shot in the heart by security forces during November 2019 protests in the city of Ramhormoz, in Sistan and Bluchestan Province, SE Iran

Friends of 12-year-old Ali Mousavi paying tribute by visiting his gravesite.
Ali was walking home from school on 16 Nov. 2019 when he was fatally shot in the heart by security forces during #IranProtests in the city of Ramhormoz, in Sistan & Bluchestan Province, SE #Iran pic.twitter.com/CcHV31wXNJ 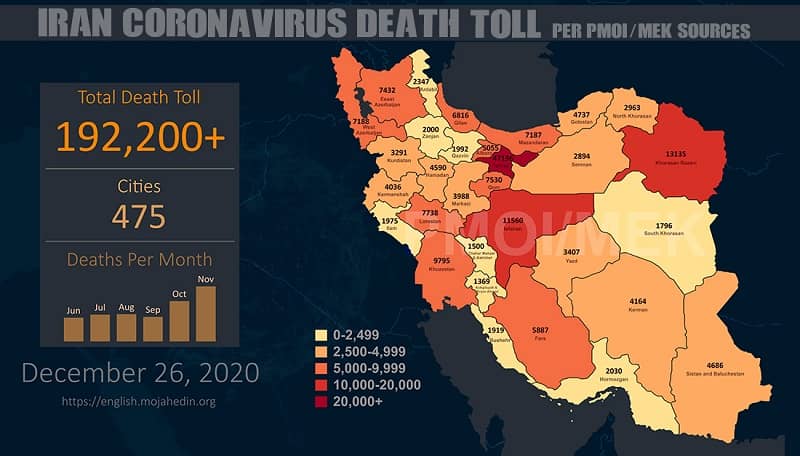 More than 192,200 people have died of the novel #coronavirus in 475 cities checkered across all of Iran's 31 provinces, according to the Iranian opposition PMOI/MEK.

A second death sentence has been issued for political prisoner Shaker Behrouz based on a new cased filed against him. Mr. Behrouzi is presently detained in the Central Prison of Urmia.

The First Branch of the Penal Court of Urmia issued the second death sentence on Saturday, December 26, for political prisoner Shaker Behrouzi on the charge of murdering Mamel Mohammadi, an IRGC member.

In addition to Abdol-Hamid Mir-Baluchzehi, 2 other prisoners were also executed in the morning of December 26, in the Central Prison of Zahedan, SE Iran.

In addition to Abdol-Hamid Mir-Baluch Zehi, 2 other prisoners were also executed in the morning of Dec. 26, in the Central Prison of Zahedan, SE #Iran
The prisoners Mehraban Barahouii, 60, & Khodadad Nohatani, 73, were executed on drug charges.
(Photo of Mehraban Barahouii) pic.twitter.com/GJzfLcBRMN 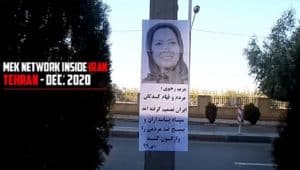 During 2020, as Iran continued to grapple with the coronavirus outbreak, the struggle for freedom continued across the country.

In Tehran, the Iranian Resistance Units installed a huge poster of Maryam Rajavi, the President-elect of the National Council of Resistance of Iran (NCRI), on a lamp post in a crowded street. In Mashhad, images of the Iranian Resistance leader Massoud Rajavi was spread across the cities while echoing the slogan, “Rise and overthrow the mullahs’ regime.”

Previous articleIran: Targeting Mullahs’ Judiciary in Karaj- Center for Sentencing of Torture and Executions
Next articleAnniversary of 2018 Iran Protests, and International Community’s Obligations