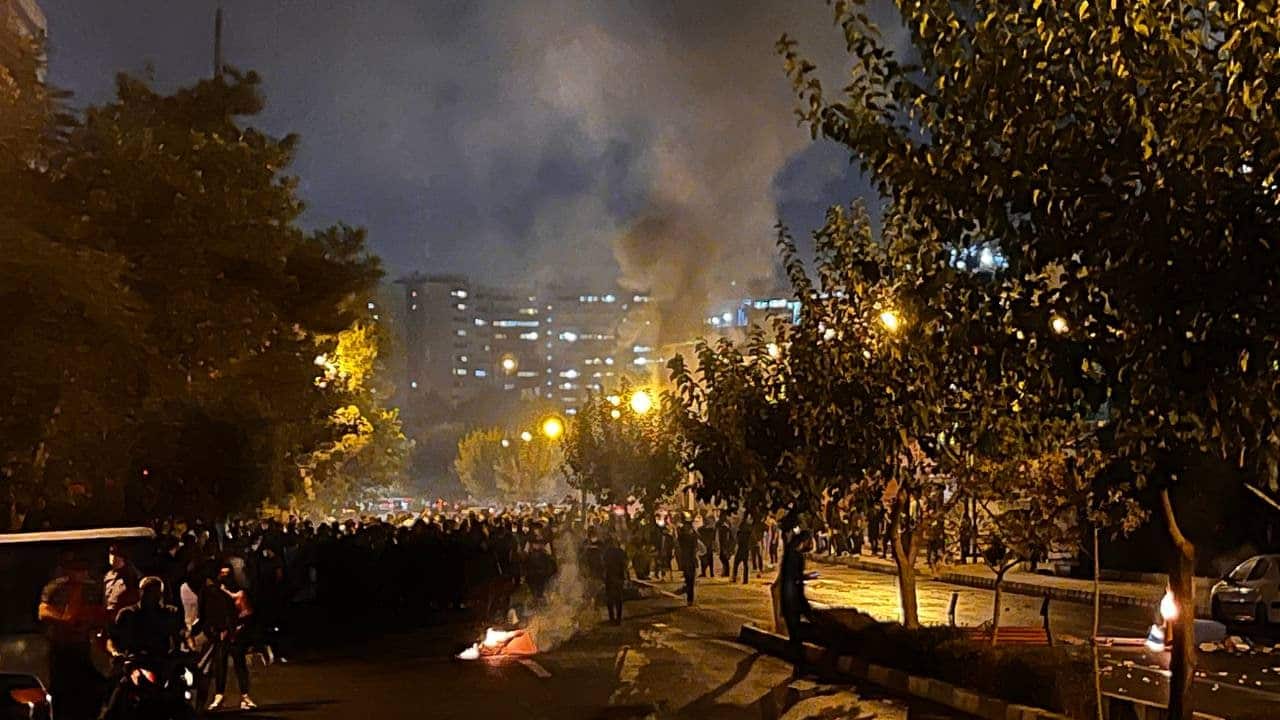 Voices of Support for the Uprising in Iran

On September 23, supporters of the Iranian Resistance in New York, United States, organized a rally to raise awareness about the crimes committed by Iranian state officials and called on the international community to support the uprisings in Iran.

Also on the same day in Germany, supporters of the Iranian Resistance in Berlin and Munich held gatherings to support the uprisings back home. Holding images of Mahsa Amini and other martyrs who have fallen for freedom in recent days, they asked the world to condemn the crimes against humanity conducted by the regime in Tehran.

The funeral of a 25-year-young man who was killed in the recent uprising attracted large crowds on Thursday, September 22. Danesh Rahnama who was from Balu village in Urmia had joined street protests following the killing of Mahsa Amini. He courageously cried for freedom, democracy, and equality until he was gunned down by brutal security forces. But despite all intimidation, his funeral was attended by many of his fellow villagers who chanted: “Death to the dictator!”

The funeral of Mohsen Qeysari, a 32-year-old from Ilam, who was killed by security forces during the protests was held on Wednesday, September 21. The people who attended the ceremony vowed to avenge his blood and chanted “Death to the dictator” and “I will kill the ones who killed my brother”.

Friday Protests in Iran: Despite Internet Shutdown and Staged Rallies, the Uprising Went On Full Force

Today, September 23, the Iranian regime heavily restricted internet access in many parts of the country. As every Friday, it also tried to mobilize its base as well as force government employees whose bread and butter depend on the state to attend several rallies across the country to fake support for the regime and its ailing and failing Supreme Leader Khamenei.

State media aired footage about crowds chanting slogans of “Death to America” and “Death to the hypocrites”. “The hypocrites” is a mudslinging campaign phrase, initiated by the former Supreme Leader Khomeini to counter the popularity of the Mojahedin-e-Khalq Organization (MEK). However, in some cities, the low turnout became problematic for state media and it was forced to use old footage from previous years.

Despite all the propaganda, the nationwide uprising in Iran is still going on. So far, nationwide demonstrations and uprisings have been recorded in more than 113 cities in 31 provinces. At the same time, due to the bloody clashes with the repressive forces, dozens of people were martyred and extensive arrests were made by the repressive forces.

As of 10 AM (EDT), Fri 23 Sep 2022, #IranProtests2022 has expanded to 133 cities in all 31 provinces of #Iran. Over 100 ppl have fallen for freedom & widespread arrests by the regime. The fight for free republic Iran continues, as women lead fighting brutal guards.#MahsaAmini pic.twitter.com/NX76gvOM0W

Whenever in high numbers, the security forces are brutally cracking down on the people and many continue to aim and shoot directly at protesters. Dozens of people have disappeared and their whereabouts remain unknown.

But still, the security forces remain caved when confronting the huge masses of bravery and anger. The people in many cities have now taken to the streets and are crying for regime change and the end of tyranny.

September 23 – Marvdasht, south-central #Iran
Locals continued the nationwide protests against the regime on the 8th day of the uprising.#IranProtests2022 #MahsaAmini#مهسا_امینی pic.twitter.com/y2ny7LsFZL

September 23 – Kuhdasht, western #Iran
Locals continue the nationwide protests against the regime on the 8th day of the uprising.
They're chanting:
"[Khamenei] is a disgrace!"
"Mullahs must get lost!"#IranProtests2022 #MahsaAmini#مهسا_امینی pic.twitter.com/eeApt93mVQ

Iranians in Norway and Denmark Rally to Support Protests Back Home

On September 22, while the people in Iran had taken to the streets to call for regime change and challenge the entire rotten security establishment of the regime, their fellow countrymen and women in Europe organized rallies in Aarhus (Denmark) and Oslo (Norway) to convey their message and ask for solidarity and support for the oppressed and discriminated back home.

September 22, 2022:Freedom-Loving Iranians & #MEK Supporters Demonstrated in #Oslo Against the Mullahs’ Regime & Expressed Solidarity & Their Support of #IranRevolution
They also honored the memory of #MahsaAmini & the martyrs of the last week's #IranProtests #RaisiMassMuderer pic.twitter.com/Qh6eePagqw

Maryam Rajavi: Freedom and People’s Sovereignty Are Within Reach More Than Ever 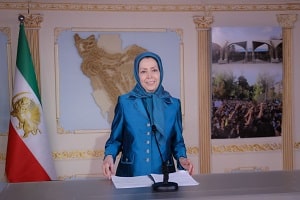 The new school year arrived with the burning flames of an uprising.

Live Report: Protests Spread to at Least 86 Cities Across 28 of Iran’s Provinces 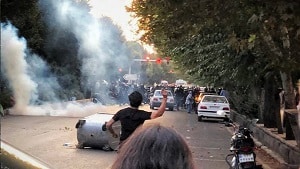 People returned to the streets in cities across Iran on Thursday, September 22, for the seventh consecutive day of anti-regime protests. In Tehran, a large crowd gathered in Keshavarz Blvd and chanted, “The supreme leader is a disgrace” in reference to regime Supreme Leader Ali Khamenei.

These protests began following the death of Mahsa Amini. Mahsa (Zhina) Amini, a 22-year-old woman from the city of Saqqez in Kurdistan Province, western Iran, who traveled to Tehran with her family, was arrested on Tuesday, September 13, at the entry of Haqqani Highway by the regime’s so-called “Guidance Patrol” and transferred to the “Moral Security” agency. GENEVA (22 September 2022) – UN experts* today strongly condemned the death of 22-year-old Mahsa Amini, who died in police custody after her arrest for allegedly failing to comply with Iran’s strict rules on women’s dress by wearing an “improper hijab”.

The experts also denounced the violence directed against peaceful protesters and human rights defenders demanding accountability for Amini’s death in cities across the country by Iranian security forces. They urged the Iranian authorities to avoid further unnecessary violence and to immediately stop the use of lethal force in policing peaceful assemblies.

Iran Regime’s Fear Over the Growing Resistance of Women The death of Mahsa Amini, a young Iranian woman who was arrested and beaten up by the Iranian regime’s repressive morality police, has raised the fury of the Iranian people and launched many protests in recent days. The people attacked the regime’s supreme leader Ali Khamenei in their protests.

Over the past couple of years, Iran’s women have been resisting the regime’s repressive modesty laws more and more. This has had such an effect on many of the regime’s officials that they have now been forced to express their objections against the regime’s medieval laws, which have been controlling the country over the past four decades. At least 30 protesters were shot and killed amid a violent state crackdown on protests over the death of a 22-year-old Kurdish woman in police custody.
Among those reported killed are two minors and a woman, shot dead when security forces opened fire on protesters.

The protests spread to 86 cities on Wednesday, including the capital Tehran. Numerous images and videos of the protests, show the state security forces firing tear gas and metal pellets directly at protesters.