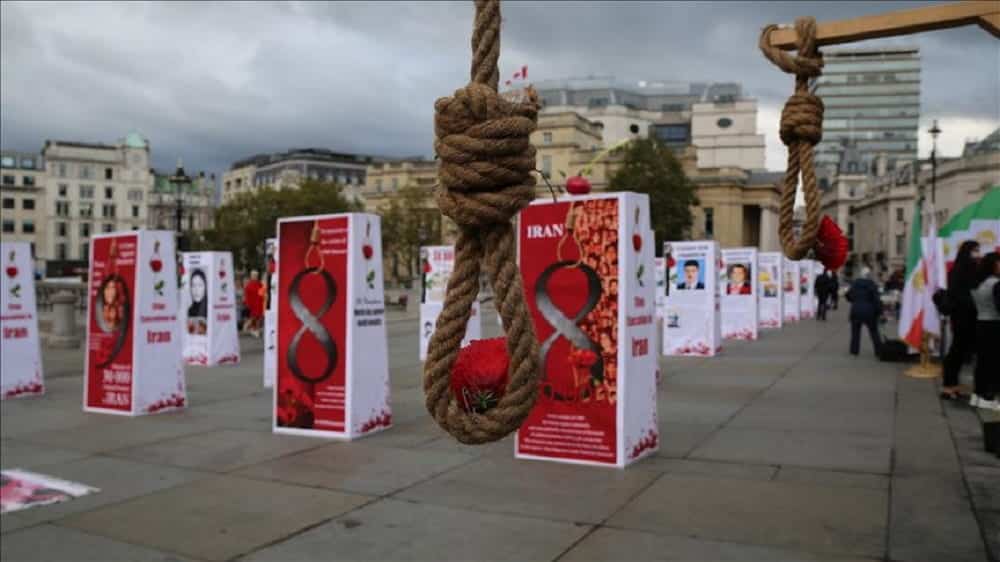 More Protests on Monday in Iran

A number of citizens of Zanjan staged a rally in front of the Zanjan Governor’s office today, protesting the lack of water and electricity.

A number of Razi Petrochemical workers in Mahshahr went on strike again on Monday, protesting the authorities’ refusal to implement the job classification plan.

Scammed clients of the Reagan Khodro Company protested in front of the company building on Karaj Road on Monday to demand their rights. In 2018, the company took 400 million tomans from 2,000 clients to deliver their cars after 6 months. But still, after 4 years, it has refused to deliver the cars or to return the money that the clients have paid for the cars.

Disruption of Fuel Distribution System Continues to Plague the Nation 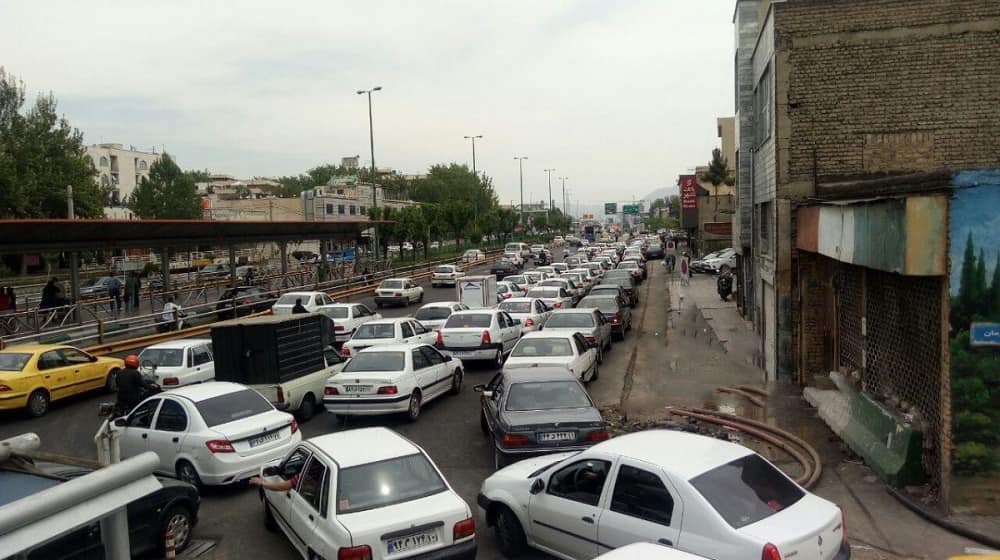 Six days after the cyberattack on the country’s fuel distribution system, state media point out that the malfunction of the gas stations throughout the country is still continuing and the problem has not been solved.

Tejarat News website wrote today: “Long queues have been formed in many places again. No official source has given a reason for the congestion in front of some gas stations.”

Mostaghel newspaper also wrote: “The government benefited from the supply of 150 billion tomans of the new gasoline price.”

Mohammad Javad Haghshenas, a former member of Tehran’s city council told Ruydad website: “The sale of gasoline with the new rate has pleased the Ministry of Oil and the government and it is beneficial for them to delay the return of gas stations to the previous terms.”

Meanwhile, the Arman daily warned: Negligence in energy services and reducing supply while increasing the rate can be like playing with fire.”

Inhumane treatment of a Prisoner in Northern Iran by the regime 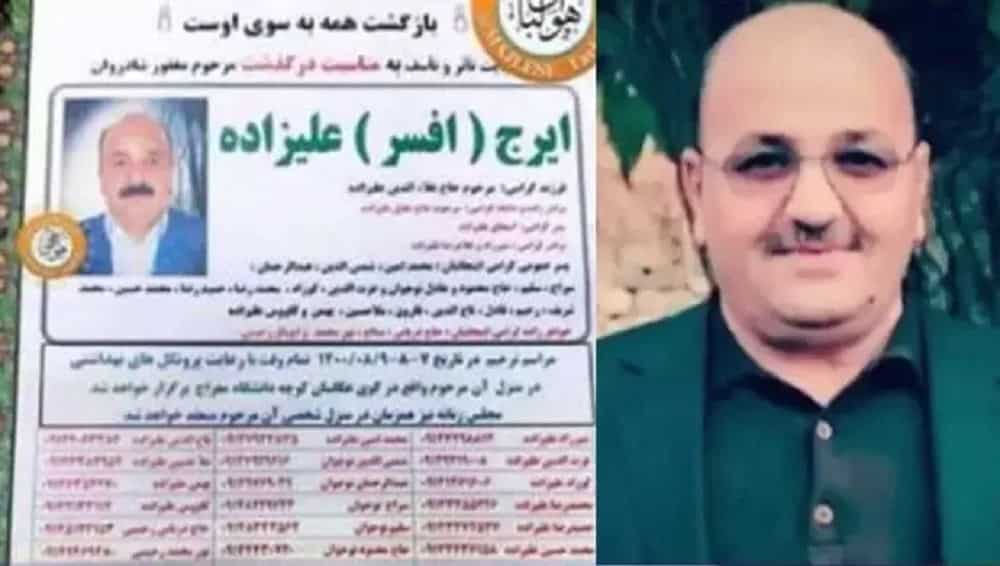 On Wednesday, October 13, a prisoner who had contracted Covid-19, was transferred from prison to Khoy Hospital due to his deteriorating physical conditions. Doctors at the hospital injected Iraj Alizadeh, son of Aladdin from the village of Vaj Vaj in the Salmas district, with corticosteroids and penicillin, which resulted in symptoms of black fungus in the prisoner.

After diagnosing the symptoms of the black fungus, the doctors of Khoy transferred him to the Khomeini Hospital in Urmia and decided to remove an eyeball of the prisoner. Unfortunately, as the infection progressed and spread to the brain, Iraj died on Thursday, October 28, after being several days in a coma. According to his family, during the prisoner’s time of hospitalization and surgery, he was handcuffed to the hospital bed with 4 guards watching. The family tried hard to persuade judicial officials to untie him but to no avail. 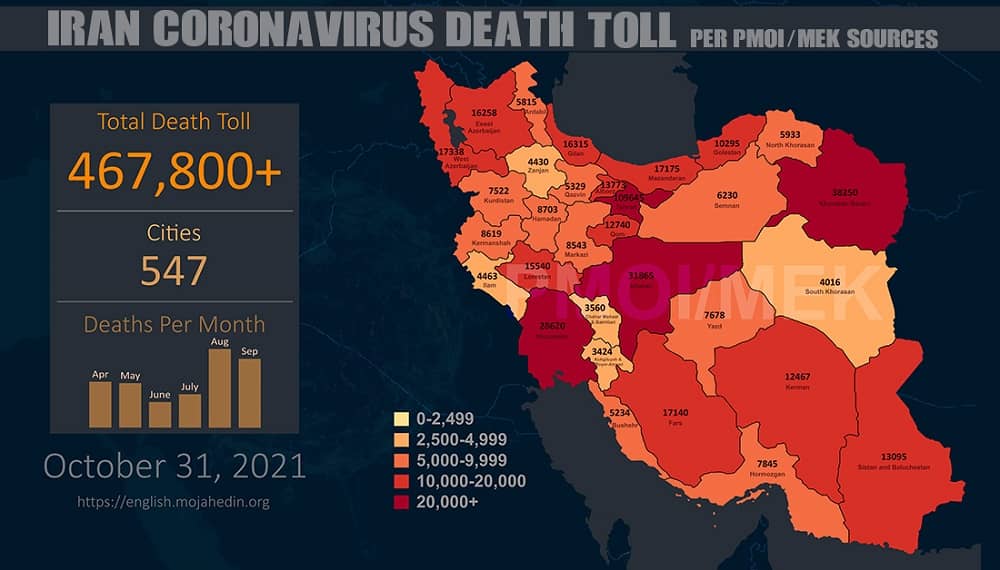 More than 467,800 people have died of the novel #coronavirus in 547 cities checkered across all of Iran's 31 provinces, according to the Iranian opposition PMOI/MEK. 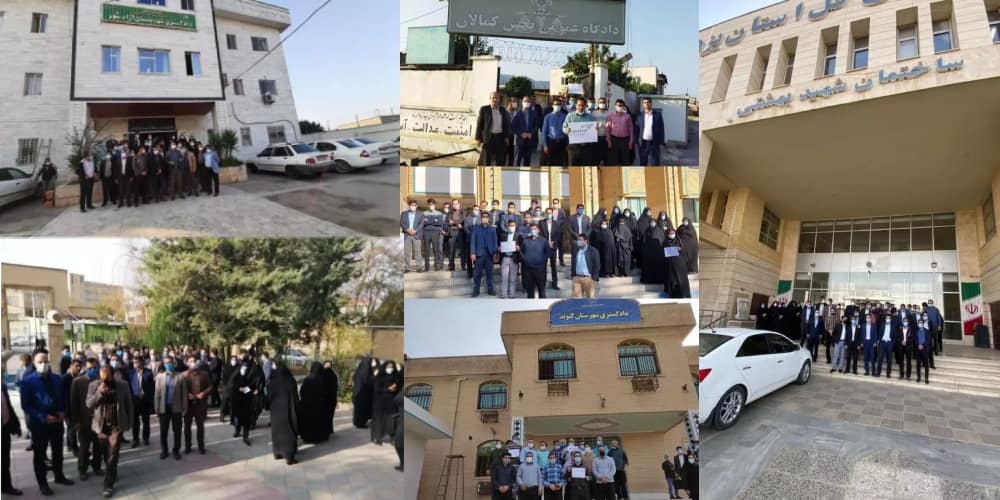 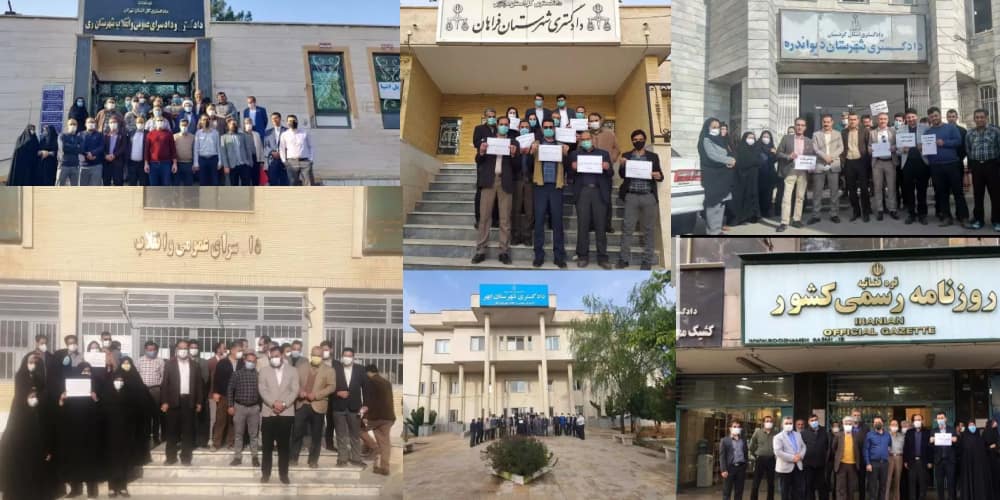 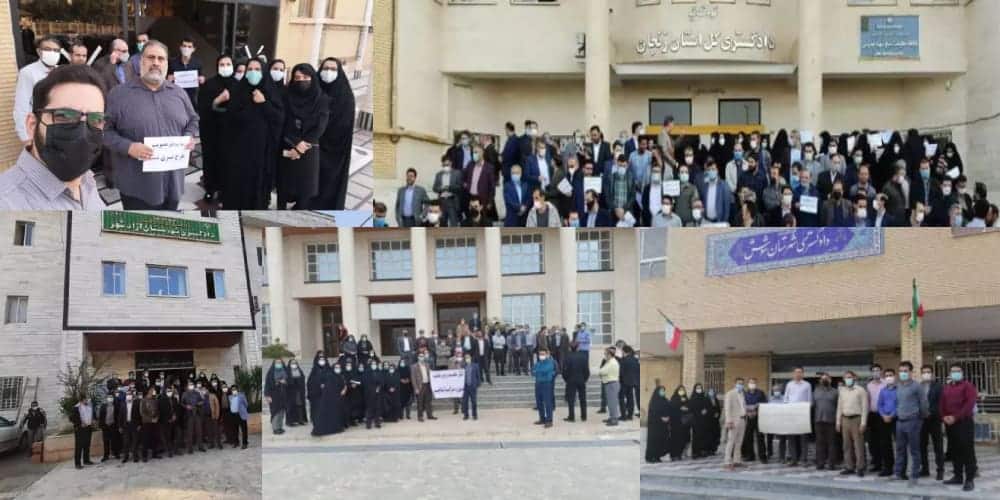 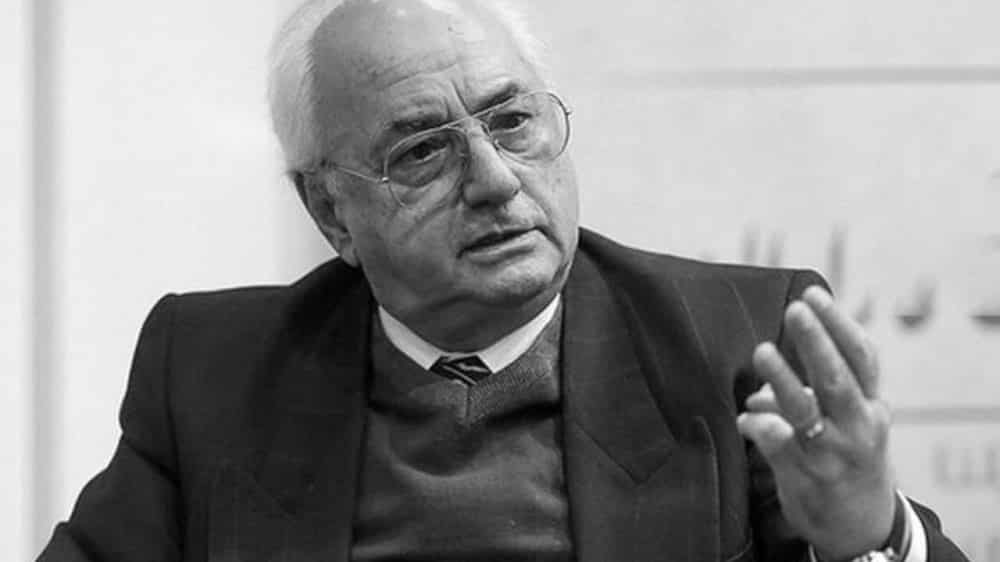 Fereydoun Majlisi, a former regime diplomat told the state-run Eqtesade Pouya on October 31: “Sanctions can be effective for a while now. But the uranium enrichment program is advancing, and as soon as we reach the stage of nuclear weapons production, the government will be able to get concessions during the negotiations.”

During the interview, Majlisi also warned about an economic collapse, and while referring to the drop of Iran’s exports to its allies, he foresaw that Iran is going to end up like Venezuela. 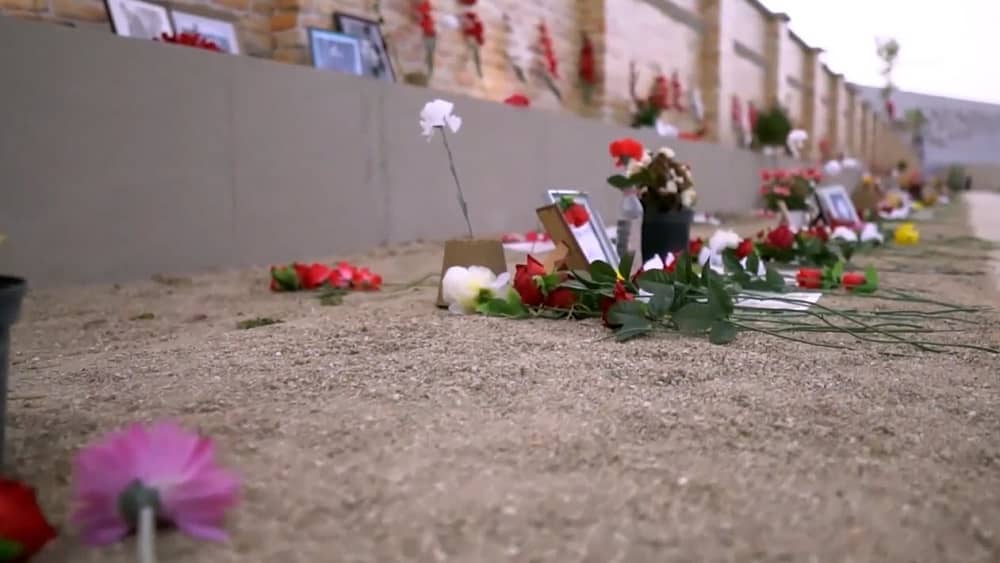 Millions of people across Iran have seen their lives devastated following the summer 1988 massacre that leftover 30,000 political prisoners executed by the mullahs’ regime. Most of the victims, above 90 percent based on numerous accounts, were members and supporters of the Iranian opposition People’s Mojahedin Organization of Iran (PMOI/MEK), indicating how the regime specifically targeting to eradicate the very entity it considers, to this day, as the main threat to its dictatorship. 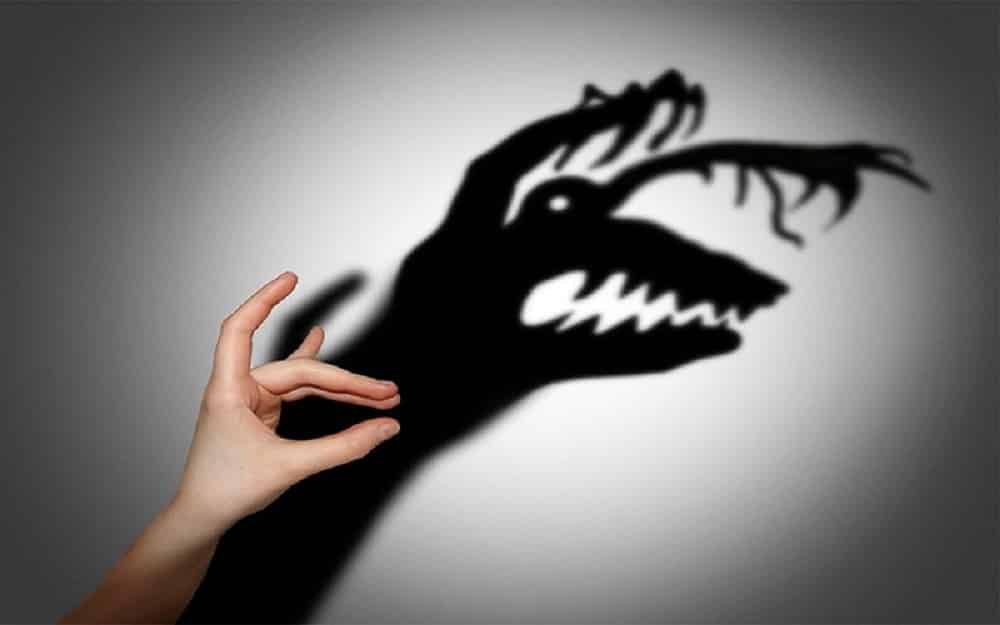 Iran, under clerical rule, is one of the countries in which freedom of speech, the pen, and media are nothing but an absurd joke. From the beginning, this regime has repressed women and the people’s democratic freedoms. In this context, closing the newspapers and prohibiting magazines and books of progressive organizations and parties and universities with the excuse of its so-called ‘Cultural Revolution’ was among of its repressive actions against the people.

Sakineh Ahmadi, the mother of Ebrahim Katabdar, one of the martyrs of the November 2019 popular uprising, while mourning at her son’s tomb, shouted in protest, calling out the officials of the regime who murdered her son along with thousands of others.

Municipal workers of Kut Abdullah in Ahvaz staged a protest rally on Sunday, to protest the official’s refusal to pay their salaries for four months. One of the protestors said: “The only means we have is to go on strike! We visited the deputy’s office, we went to the governor’s office, they don’t do anything for us! When are you going to handle this?!”

A group of workers of the Golnaz vegetable oil factory in Golestan province held a rally on  Sunday, to protest the unfair working conditions in the factory. Compulsory unpaid leave, deductions of vacation, reduced production, short-term contracts, non-stop shifts of working overnight, neglecting of the workers’ problems and complaints, and threatening to dismiss workers if they protests is among the many grievances these workers are coping with.

Also on Sunday, the workers of Sadeghieh Metro protested against the poor living conditions and the low level of salaries and benefits.

Metro workers of the Sadeghieh District in Tehran rallied to protest poor living conditions and low wages and benefits.

Workers of public parks in Qazvin went on strike in protest of 4 months delay in receiving their salaries.

Employees of Abadan Petrochemical Company stopped working for the second consecutive day on Sunday and started a protest rally.

Workers of Kuh-e-Mubarak Petrochemical Company in Jask went on strike on Saturday, November 29, to protest the employer’s refusal to pay their wages that have been long overdue. The workers have been deprived of their salaries and benefits for more than six months, and the contractor is refusing to meet the workers’ demands.

Also, contracted employees of the control room, site, and repair unit workers of the Biston Petrochemical Company in Kermanshah went on strike and gathered on the company’s premises to protest the authorities’ refusal to process their demands.