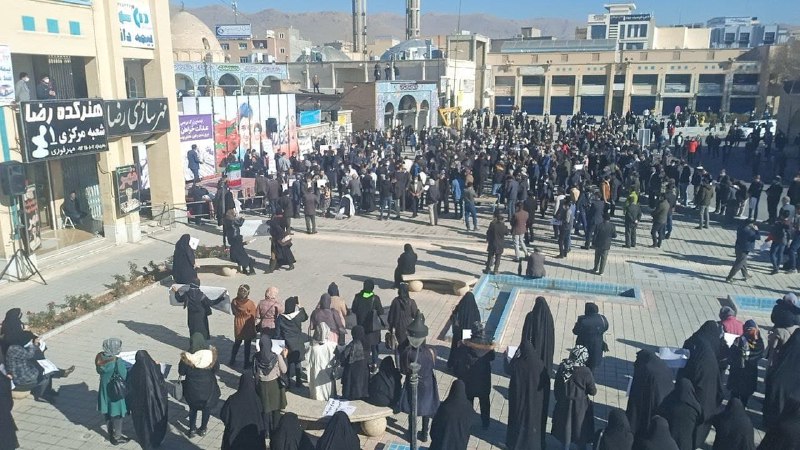 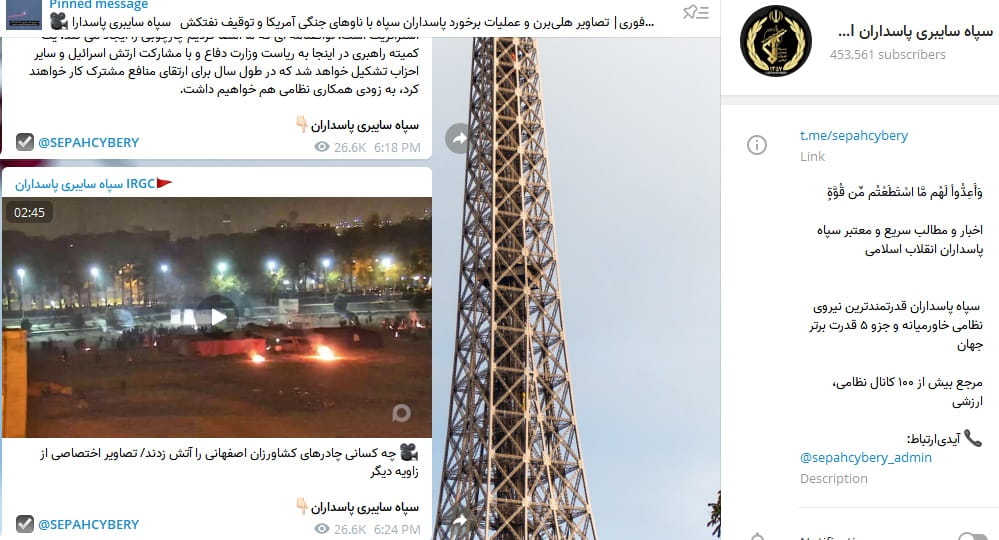 Following a violent crackdown on peaceful protesters at Zayandeh Rud, the Iranian regime blamed “thugs and opportunists” for burning down the protestors’ tents.

“The special police unit went to the scene and these people, who had an unusual appearance, fled and some of these thugs were arrested by the police,” the IRGC telegram channel added.

The farmers in Isfahan have called on the people of the entire city to hold a large gathering on Friday, November 26. According to some state media outlets, the crowd that gathered last week reached seven digits.

Land Subsidence Crisis in Iran is a Luring Disaster Irregular water abstraction has made Iran one of the world record holders of land subsidence crisis and Tehran is among the top sinking cities. Shahriyar and Mallard, have sunk up to 36 cm in the southwest of Tehran annually, and the Varamin plain in the southeast of Tehran has reportedly sunk up to half a meter.

A report by the state-run Hamshahri newspaper shows that the south of Varamin is on the verge of becoming a large sinkhole.

The report also adds that due to the drought of the past two years, which has intensified the process of abstraction of water from groundwater in the Varamin plain, subsidence is expected to intensify in southeastern Tehran.

Demonstrations in Ashraf 3 and Stockholm, During Second Hearing of Hamid Noury’s Trial in Sweden 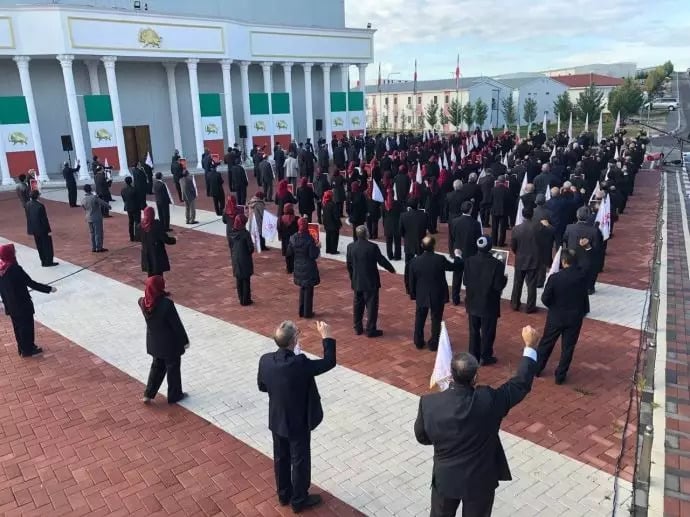 Simultaneously, members of the Mojahedin Khalq Organization (MEK/PMOI) are holding a rally to commemorate the martyrs of the 1988 massacre in Ashraf 3 in Albania. Also, Iranians and supporters of the MEK in Stockholm, Sweden, are staging a demonstration in front of the court where the henchman is being tried.

Maryam Rajavi: We Call on Europe and France To Be Firm

For 40 years, the Iranian regime has never paid the price for its crimes in Iran and abroad. Europe and the international community have not reacted firmly. However, the events of the last two decades and the confrontation of Iranian society with the religious dictatorship point to a solution. 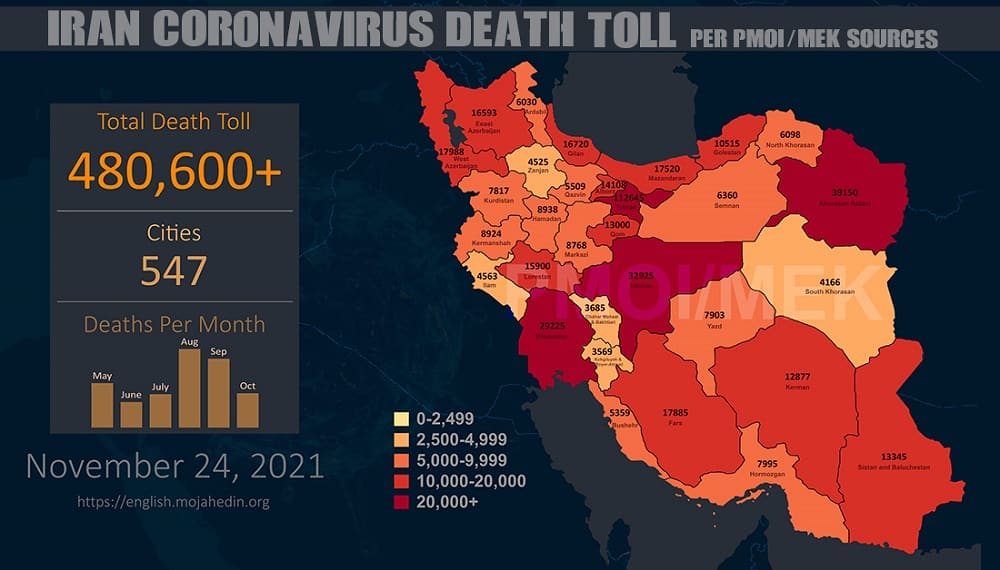 On Thursday, at 3 AM local time, the anti-riot police attacked the farmers who were holding a sit-in at the Khajoo Bridge, firing tear gas and setting fire to the farmers’ tents. These farmers were peacefully protesting at the dried river bed of Zayandeh Rud and they were asking the state to stop monopolizing the water that has been vital for their agriculture.

Special units were also smashing the farmers’ tents with a loader and tried to force people to leave. The youth started to throw stones at the police. The farmers have already called for a large gathering on Friday, November 26.

The Iranian regime has been holding the majority of this river behind IRGC-constructed dams and it is using the water for large steel factories and nuclear sites. 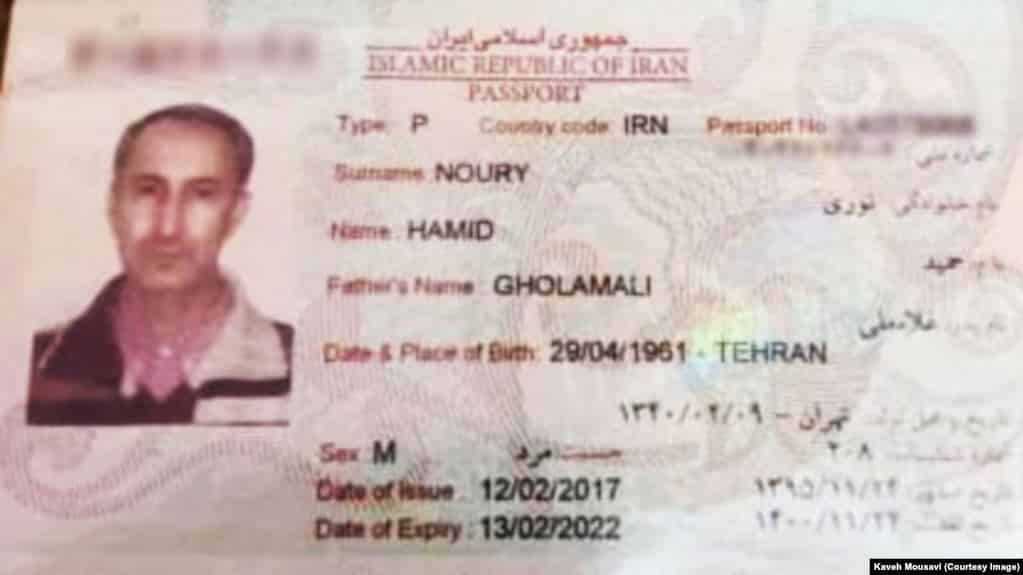 A court in Stockholm, Sweden, held the first hearing for Hamid Noury on Tuesday. Noury, who was a senior prison guard in Iran’s notorious Evin and Gohardasht prisons in the 1980s, was involved in numerous crimes against political dissidents, especially members and supporters of the People’s Mojahedin Organization of Iran (PMOI/MEK). In 1988, as one of the authorities in Gohardasht prison, he carried out mass executions of political prisoners as part of a countrywide purge of dissidents in Iran’s prisons. On Wednesday, November 24, authorities in Iran hanged another juvenile offender Arman Abdolali despite the international appeals and calls for his life to be spared, the semiofficial ISNA news agency reported. He was executed at the Gohardasht Prison in Karaj, Alborz province in the northwest of the capital Tehran.

Arman was born on March 9, 1996. He was arrested at the age of 17 due to alleged murder, to which he had admitted under torture and inhuman treatment. He later withdrew his confession. Amnesty International had called his trial “grossly unfair” by a court that “relied on torture-tainted ‘confessions.’”

People, Women of Chaharmahal Bakhtiari and Isfahan Protest Lack of Water and Mismanagement! 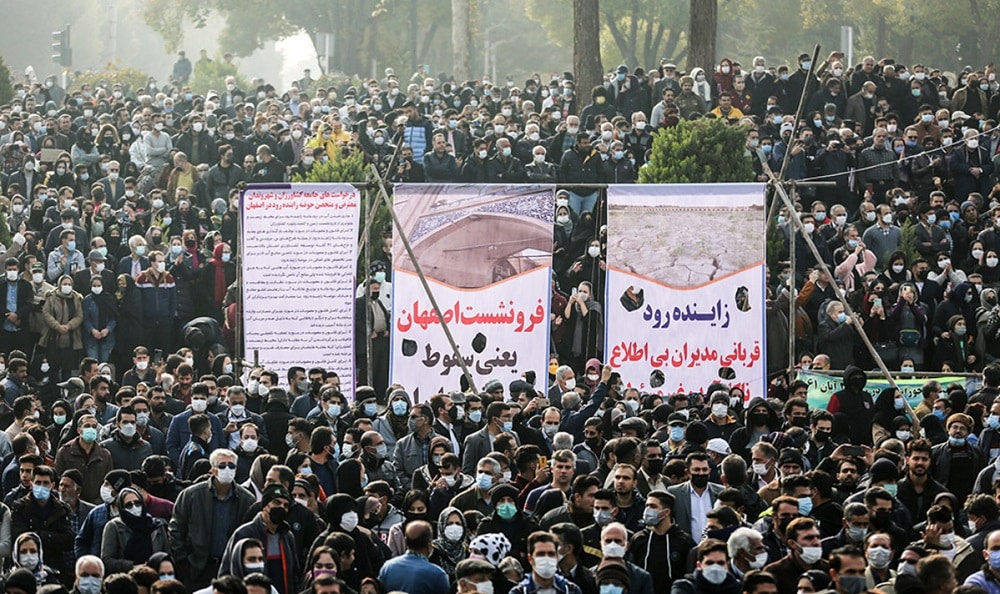 Thousands of people and women of Chaharmahal and Bakhtiari, and Isfahan continue to protest the lack of water and mismanagement of the clerical regime. The people and women of Chaharmahal and Bakhtiari marched and held protests in Shahrekord, the province’s capital, for the fourth consecutive day on Wednesday, November 24, 2021. Women play an active role in these protests and call for the protests to continue.

Two elite Iranian students are at the risk of being put on an unfair trial and possibly being sentenced to death, Amnesty International warned on Monday, November 22, 2021. Ali Younesi and Amir Hossein Moradi have been subjected to torture and harsh treatment in Tehran’s Evin prison since their arbitrary arrest on April 10, 2020.

My name is Heydar Yousefli, a member of the People’s Mojahedin Organization of Iran (PMOI/MEK). I was arrested twice and was sentenced to a total of 12 years in prison. During the massacre of political prisoners, the situation was totally different, in my opinion, than the circumstances before the 1988 massacre. And the difference, in my view, was that the 30,000 people who were hanged in the summer of 1988 were all tried in show trials on the basis of the reactionary and suppressive laws of the Khomeini regime. They were sentenced to various prison terms. Some of them were executed.

Iran: Despite Promises from the Raisi Administration, No Economic Improvements Have Been Made

With the dire state of the economy in Iran worsening day by day, more Iranian people are forced to search through piles of trash for items that they can sell to earn money to make ends meet and provide for their families. When the Iranian regime’s President, Ebrahim Raisi and his administration came to power back in August, they promised to boost the country’s economy and reduce the livelihood and socio-economic problems faced by Iranian citizens.

Demonstrators in Shahr-e Kord, Chaharmahal, and Bakhtiari province, continued protests over water shortages on Wednesday, November 24, 2021. Iran’s regime is transferring local water sources to other cities, leaving people’s lives devastated. “We will fight back!” locals chant as they rally outside the governor’s office. Government officials are only giving promises and refrain from taking action, protesters say.