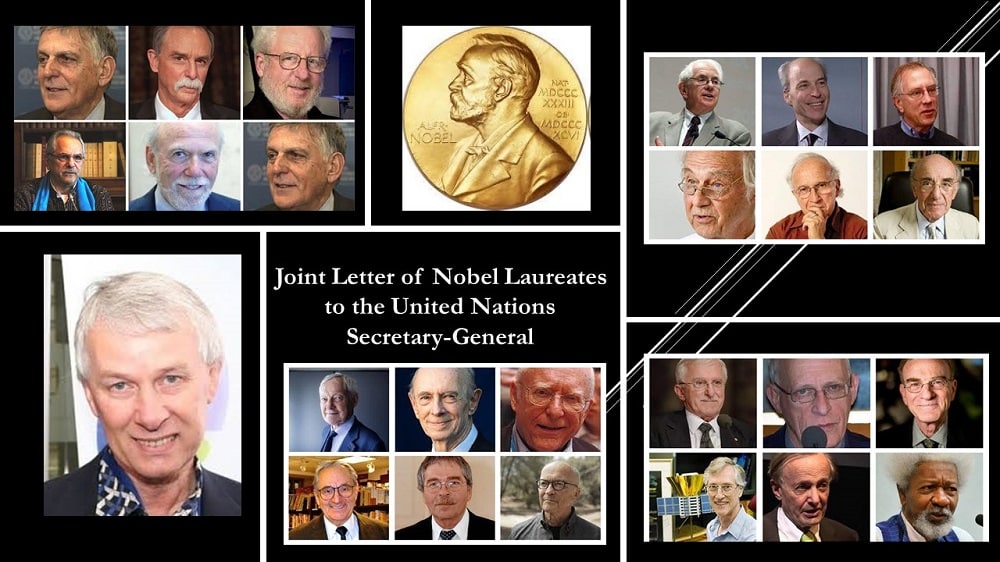 Ned Price: The Process with Iran Cannot Go on Indefinitely 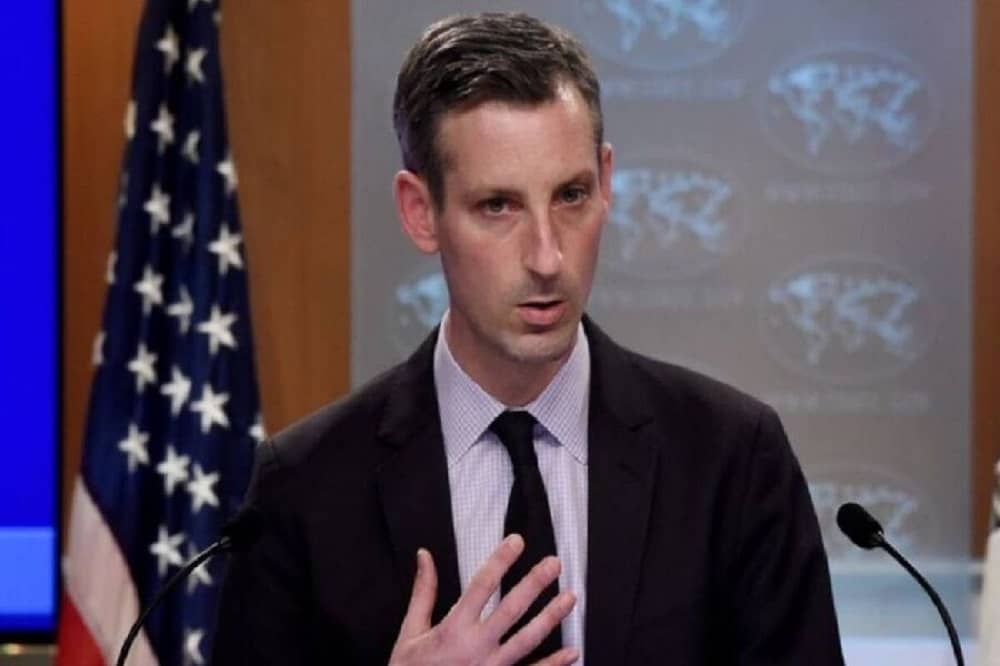 During his press briefing on Wednesday, September 9, he said: “We continue to see concerning reports from the IAEA when it comes to nuclear safeguards and when it comes to Iran’s compliance with the NPT. And we are cognizant that as Iran puts to use the more sophisticated technology, as Iran garners knowledge from the nuclear program that it is currently administrating that is not in compliance with the JCPOA, that will dull the original advantages that the JCPOA brought forth in 2015 and the ensuing years. So this process cannot go on indefinitely.” 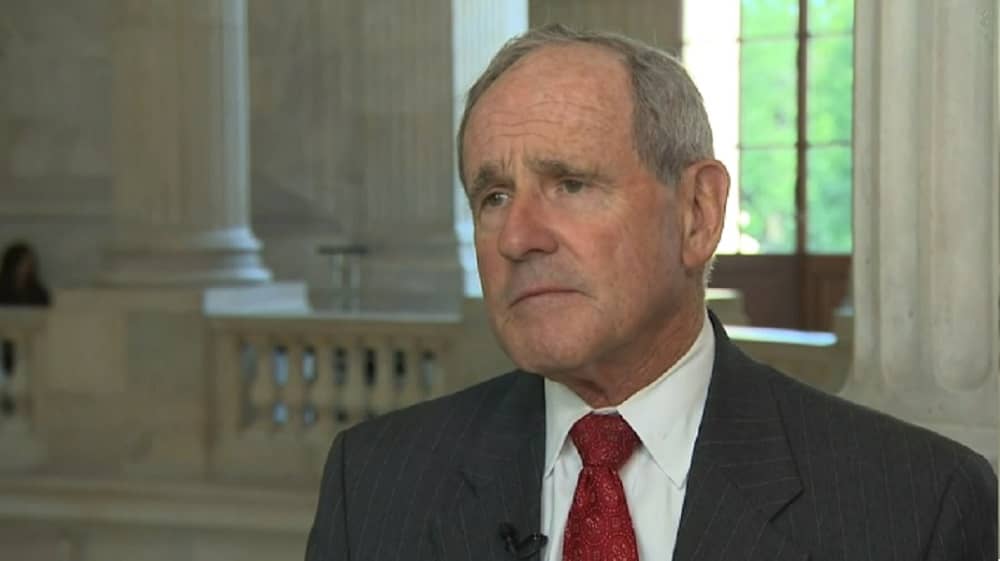 U.S. Senator Jim Risch (R-Idaho), a ranking member of the Senate Foreign Relations Committee, released a statement ahead of next week’s International Atomic Energy Agency (IAEA) Board of Governors meeting, calling for IAEA’s board to censure Tehran.

Senator Risch’s statement reads: “The IAEA Board of Governors should censure Iran for its failure to engage with the IAEA’s investigation and for obstructing its monitoring activities. Iran’s recent actions are not consistent with its claims to have a peaceful nuclear program, and instead indicate it has something to hide from the international community. The Treaty on the Non-Proliferation of Nuclear Weapons is under increasing strain around the globe. For the sake of the global nonproliferation regime, Iran cannot be permitted to defy the IAEA with impunity.”

US Treasury Punishes Texan Company For Breach of Iran Sanctions 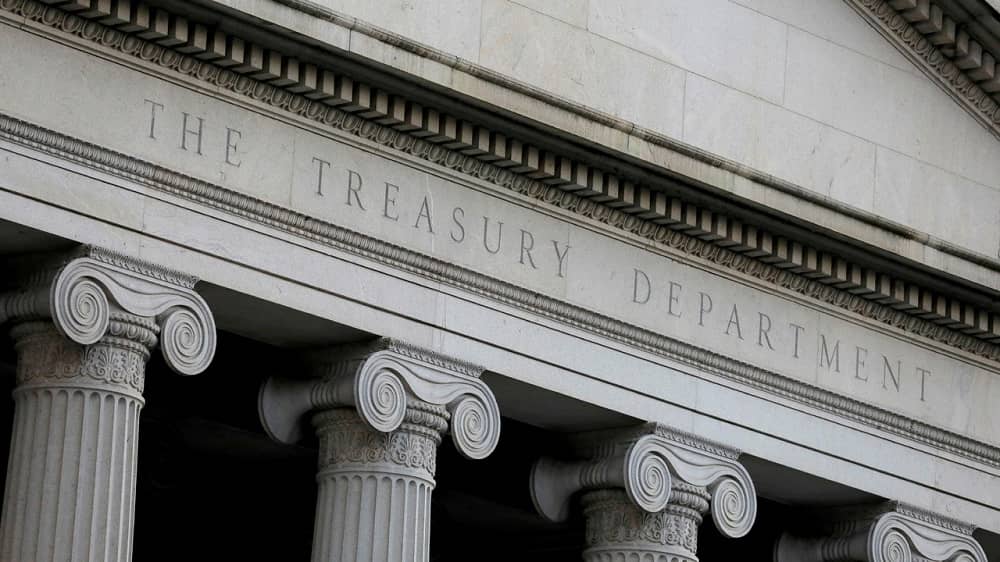 The US Treasury Department announced in a statement that Newtech, a Texas-based company has agreed to pay a fine of nearly $200,000 for possible violations of US sanctions against the Iranian regime.

The US Treasury Department announced on Thursday, September 18, that it had sued Newtech over the production and supply of 3D animation hardware and software that are subject to 52 possible breaches of US sanctions.

The statement said that possible violations of the sanctions followed Newtech’s decision to export items, technologies, and services from the United States to distributors in a third country, knowing that they were specifically intended to reach companies or individuals in Iran. These products have been provided to the Broadcasting Organization of the Iranian regime. The company agreed to pay $189,483 for possible fines and settle the case.

In a letter to UN Secretary-General Antonio Guterres, 25 Nobel laureates expressed their solidarity and sympathy with the relatives and friends of those executed during the 1988 massacre of the political prisoners in Iran. The Nobel laureates “underscore the need to set up an international commission by the United Nations to investigate this enormous crime.”
They cited statements by Amnesty International and other human rights organizations stating that “Ebrahim Raisi, the then-Deputy Prosecutor of Tehran, was part of the four-member Death Committee in Tehran. This committee executed thousands of prisoners who were members of the MEK along with several hundred prisoners affiliated with other groups in Evin and Gohardasht prisons”. 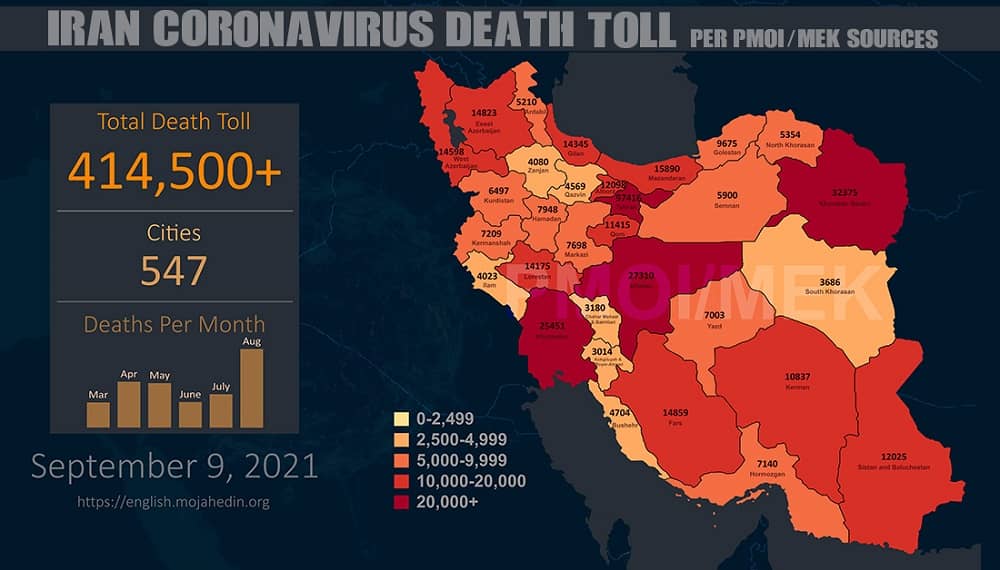 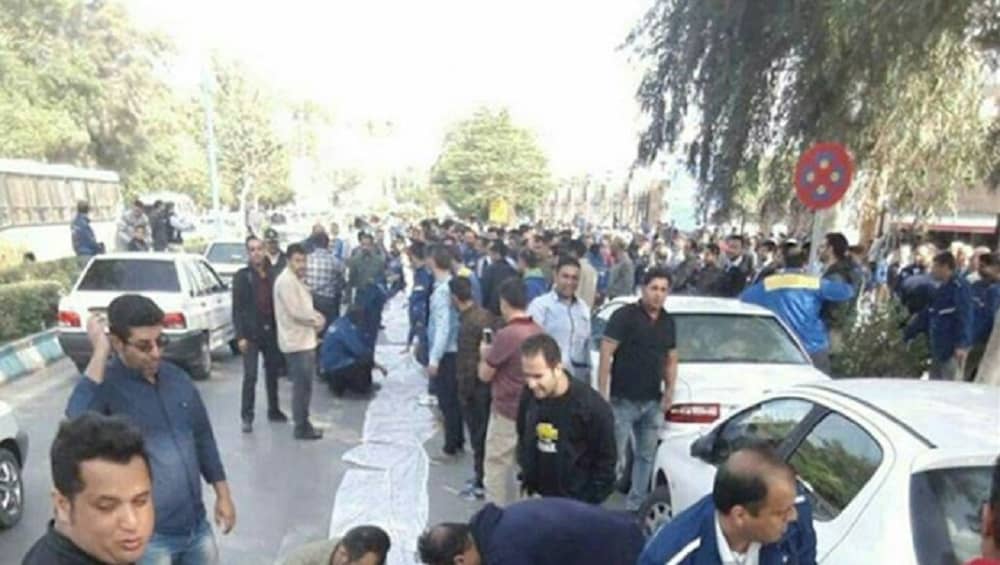 These days, Iranian regime officials and state-run media are using terms such as “explosive” and “unbridled” to describe skyrocketing prices in Iran’s markets, which are breaking the people’s backs. Various footage posted on social media by the Iranian people are heart-rending, especially given that Iran is rich in resources: People going waist deep into large trash bins, looking for food; farmers crying out that they can’t provide for their families; labor children in the streets hawking goods and polishing shoes to make ends meet; and many more. 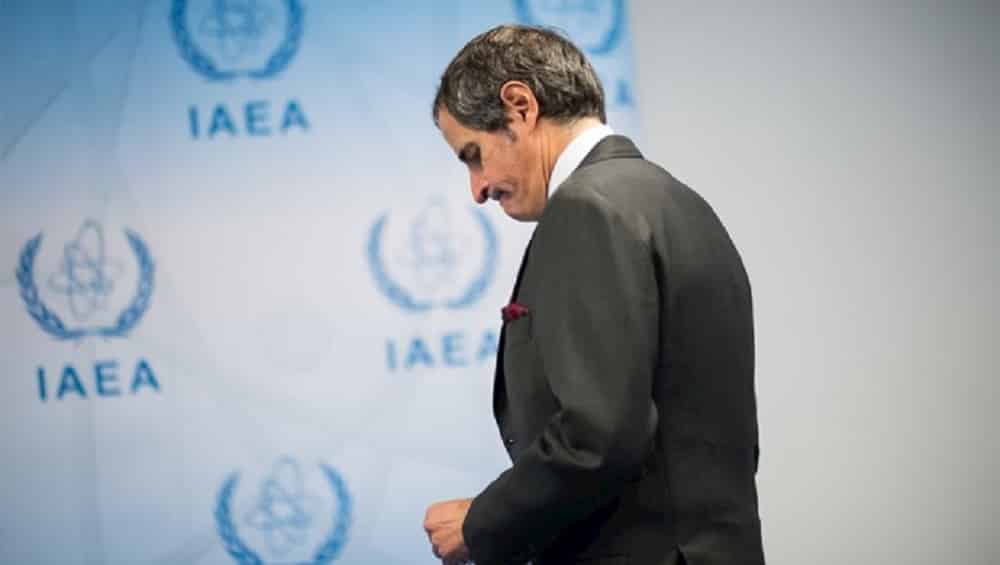 As world powers try to find a solution to Iran’s nuclear impasse, Tehran continues to show lack that it has no interest in resolving its controversial program. On Tuesday, International Atomic Energy Agency (IAEA), presented two reports that confirm Iran’s regime refusal to provide satisfactory answers to a probe into its past nuclear activities. The UN’s nuclear watchdog agency also said Tehran is obstructing the important monitoring work of international inspectors. 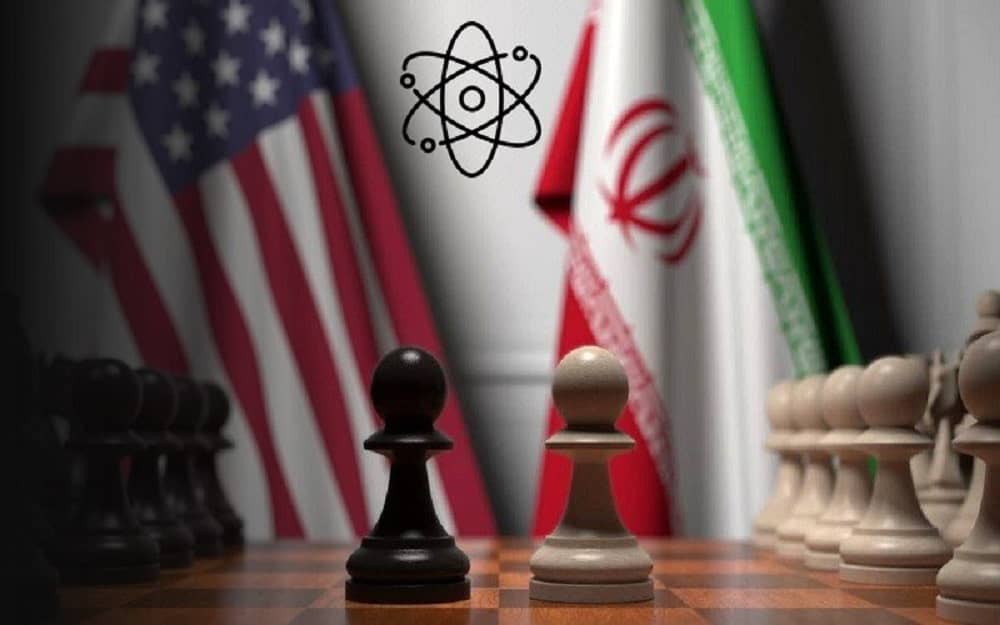 Iran’s nuclear case is becoming one of the main foreign policy challenges of Ebrahim Raisi’s government despite Raisi’s claim before taking office that Iran’s 2015 nuclear deal with world powers (JCPOA) was overstated by the then government for its election contest. But regardless of the continuity quality of the JCPOA agreement, this is an agreement that has strategic importance for the regime, therefore there is no way to deviate from this path. 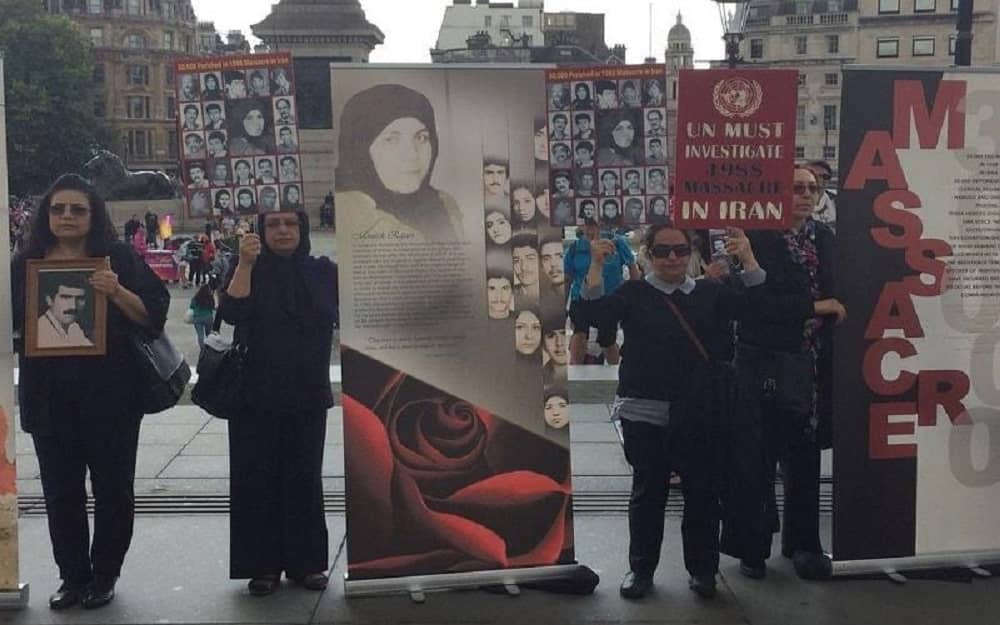 As reported by the National Council of Resistance of Iran (NCRI) on September 8, the United Nations Security-General Antonio Gutteres presented a report, earlier this week, to the UN General Assembly in regards to the human rights situation in Iran. One of the main issues discussed in the report was the 1988 massacre and how the Iranian regime authorities have attempted for 33 years to conceal all evidence of the horrific crime against humanity which saw 30,000 political prisoners executed over a period of 3 months. 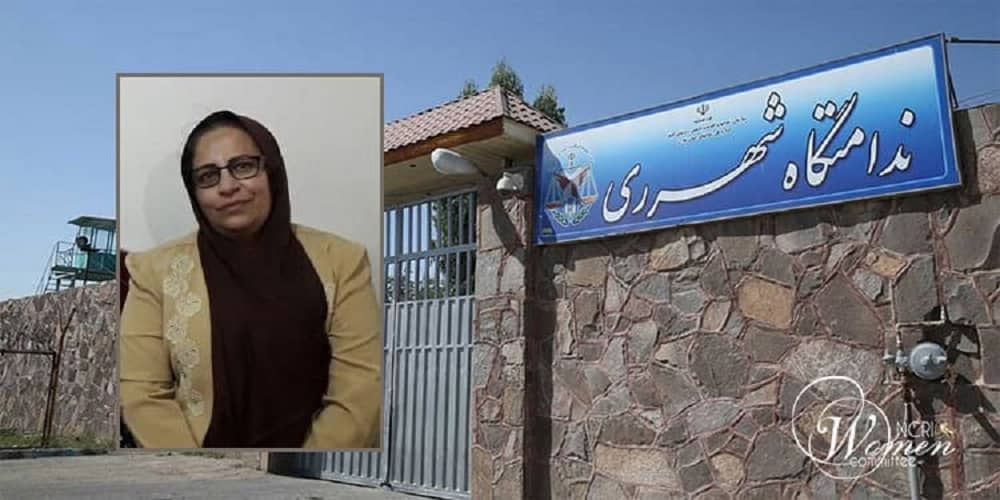 Clerical Regime Ramps up Pressure on PMOI/MEK Supporters in Iran 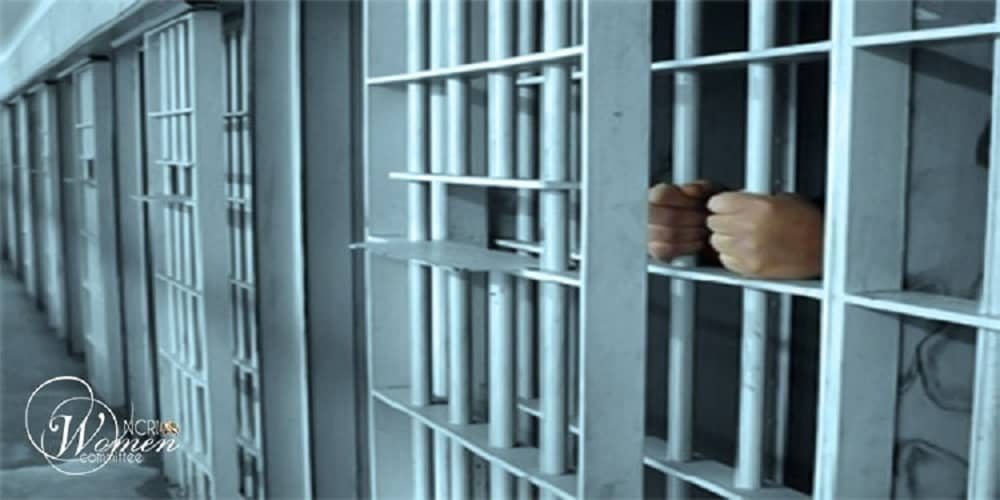 The clerical regime has ramped up pressure on supporters of the main Iranian opposition group, the People’s Mojahedin Organization of Iran (PMOI/MEK), in prisons and outside to contain growing discontent and fend off the threat of popular uprisings. The regime’s security and intelligence forces have embarked on a wave of arbitrary arrests of young people, former political prisoners, and supporters of the PMOI/MEK in various cities. The regime has also put pressure on political prisoners with ties to the Iranian opposition PMOI/MEK.