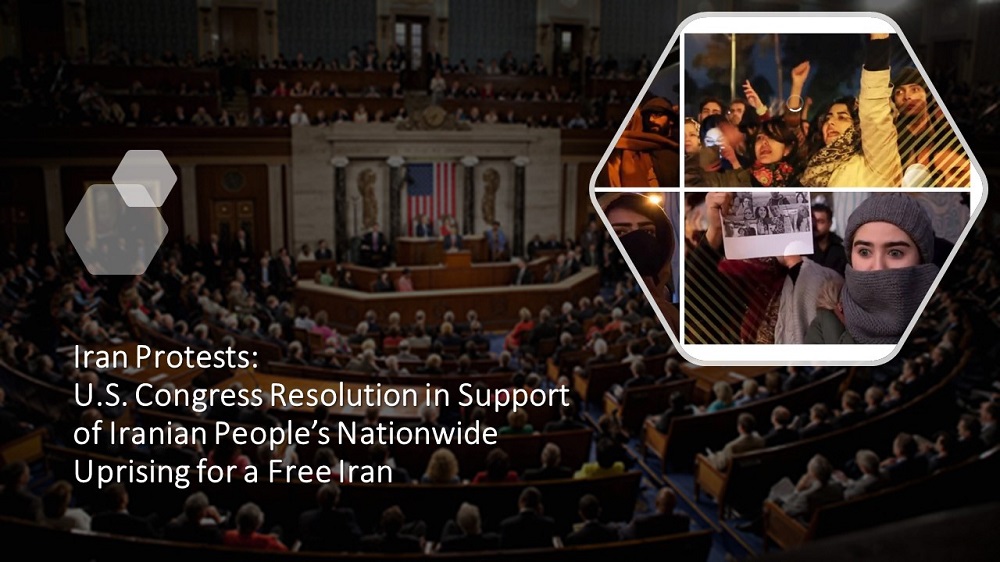 US Congress Resolution in Support of Nationwide Iranian People’s Uprising

U.S. House representatives unanimously adopted Resolution 752 “supporting the rights of the people of Iran,” and “condemning the Iranian regime for its crackdown on legitimate protests.”

Rally by Members of Iranian diaspora and the MEK supporters in Netherlands, Amsterdam

Hundreds of members of the Iranian diaspora, supporters of the People’s Mojahedin Organization of Iran (PMOI/MEK) and the National Council of Resistance of Iran in the Netherlands held a rally in solidarity with the nationwide Iran protests on Sunday. The rally by the members of the Iranian diaspora and the MEK and NCRI supporters was held in the center of Amsterdam, Netherlands. This event wall also attended by some renowned personalities including Mrs. Corinna Mitterrand, the daughter-in-law of the late French president François Mitterrand and wife of Mr. Gilbert Mitterrand, the president of the France Libertés Foundation.

In the early hours of this morning, Wednesday, January 29, 2020, defiant youth targeted the clerical regime’s apparatus for suppression and plunder the so-called Setad Ejrayi-e Farman Hazrat-e Emam, or the “Headquarters for the Execution of Imam Khomeini’s Order” (HEIKO), located on Mohammad Ali Jennah Expressway in Tehran. 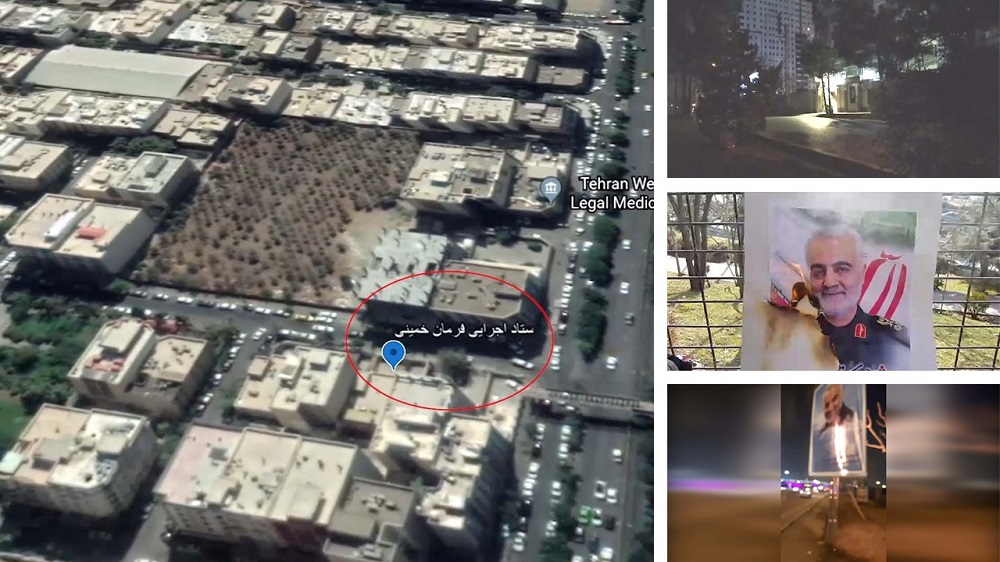 Rebellious youth attack a branch of the “Execution of Imam Khomeini’s Order” an economic foundation under the direct control of Iranian regime supreme leader Ali Khamenei.

Iran: Wounded Protesters Die Due to the Absence of Medical Care.

Iran Executes an Elderly Man and Another Person.

Washington, DC – January 28, 2020 — Ms. Soona Samsami, the U.S. Representative of the National Council of Resistance of Iran (NCRI-US), welcomed the unanimous passing of H.Res.752 entitled “Supporting the rights of the people of Iran to free expression, condemning the Iranian regime for its crackdown on legitimate protests, and for other purposes” in the U.S. House of Representatives.

“This timely bipartisan resolution sends an unequivocal and powerful message to the people of Iran that U.S. Congress fully supports them in their nationwide uprising for a free Iran and that it strongly condemns the massacre perpetrated by the Iranian regime in November,” Ms. Samsami said.

Ms. Samsami added: “The NCRI’s President-elect, Mrs. Maryam Rajavi, has repeatedly underscored that the slaughter of protesters in November was a manifest case of a crime against humanity and, therefore, the United Nations Security Council must take urgent action to halt the killings and suppression and secure the release of those arrested.”

Wednesday, January 29, 2020, marks the 76th day since the beginning of the nationwide Iran protests.

Previous articleIran Regime’s Infighting Intensifies as Zarif Speaks of Negotiations With the U.S.
Next articleU.S. House of Representative Passes Resolution in Support of Iran Protests, Condemning the Regime