Iranian Truck Drivers Launch a New Round of Nationwide Strikes 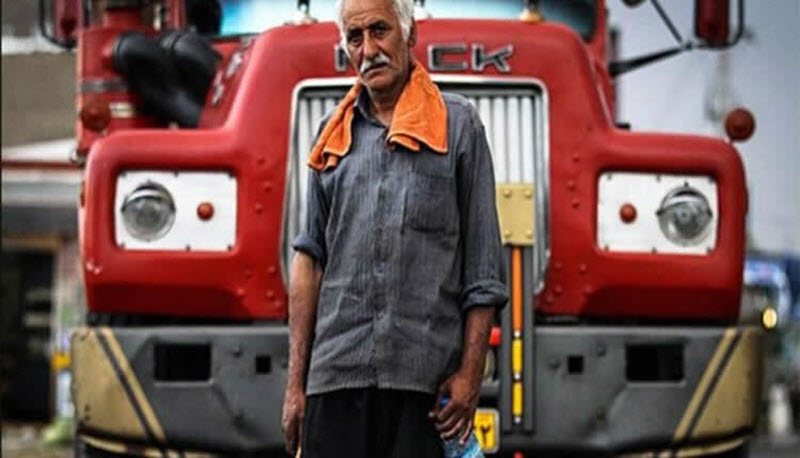 To protest about unchanged transportation fees and increased costs, Iranian truckers have just started a new round of strikes.

In an interview with state-run ILNA news agency on Wednesday July 25, 2018, chairman of Iran Truck Drivers Association ‘Ahmad Karimi’ accused Iranian regime’s Industry Ministry of not fulfilling its obligations, saying “most dissatisfactions are due to the Ministry of Industry, Mining and Trade’s performance, as the ministry has failed to fulfill its commitments.”

Increased truck tires and parts prices are among the major concerns of striking truckers who demand being provided with truck tires at subsidized prices.

According to truck drivers, insufficient supply has led to a truck tire black market, with shortage of subsidized foreign currency for importing truck tires and/or insufficient distribution of imported tires to blame for.

During a parliament’s construction committee meeting on Tuesday July 24, 2018, vice chairman Abolfasl Mousav pointed to truck drivers’ demands, saying “of the country’s five-million annual truck tire demand, only one and a half million is domestically produced and the rest has to be imported.”

Truck Drivers Association Chairman meanwhile believes that subsidized truck tires are still ill-distributed, saying “Ministry of Industry, Mining and Trade has come up with a list showing how subsidized tires have been distributed, according to which it becomes clear that 95 percent of the distributed tires belong to passenger vehicles, while heavy vehicle tires have been very limitedly distributed.”

Truck Drivers Association Chairman points to the Ministry of Industry’s nontransparent policies with regard to meeting its commitments, saying “the Ministry has distributed truck tires in only four major terminals across the country, despite our earlier agreement based on which every truck driver was supposed to have direct access to subsidized tires.” Karimi then concludes that “considering the Ministry of Industry has failed to meet its commitments with regard to distribution of truck tires and parts, it’s quite likely that there’ll be an increase in truck tire prices, something that truck drivers are highly concerned about.”

State-run ILNA news agency had reported on Tuesday July 24, 2018, that truck drivers in a number of big cities’ terminals have stopped working and refuse to load their trucks as a sign of protest. The report was however removed from the news agency website a short time later. According to ILNA, truck drivers had parked their trucks on roadsides, calling for their colleagues to join the strike as well.

Also in this regard, Iranian Workers Free Trade Union reported on Tuesday through its telegram channel that truck drivers in Farokhshahr -- Chaharmahal and Bakhtiari Province-- Marand, Qazvin and Isfahan had stopped loading their trucks. According to the report, subsidized truck tires were distributed in Mashhad’s terminal at the same time, a move aimed at encouraging truck drivers to break their strike.

Ali Bakhtiar, regime’s MP, on Tuesday pointed to “increased highway tolls, truck parts prices, insurance premiums, and truck maintenance costs” as the reason behind truck drivers’ protests, claiming that some of the issues have already been resolved.

Apart from increased truck tires and parts prices, setting transportation fees based on ton-kilometer measurement formula is one the main demands of striking truck drivers.

State-run ILNA news agency had reported on Tuesday that “a new round of nationwide strikes by truck drivers and road transportation workers was launched after the promises made by MPs, head of Social Security Organization and government representatives failed to bring tangible results.”

The first stage of truck drivers’ strike started in late May and lasted for Eleven days. The new round of strikes meanwhile shows that the government has been unable to address truck drivers’ concerns.

It was pretty clear from the beginning that a 20 percent increase in freight rates enforced by the government was not going to satisfy truck drivers who were asking for a 40 to 50 percent increase.