IRAN: Protests in Tehran and Tabriz on Sunday 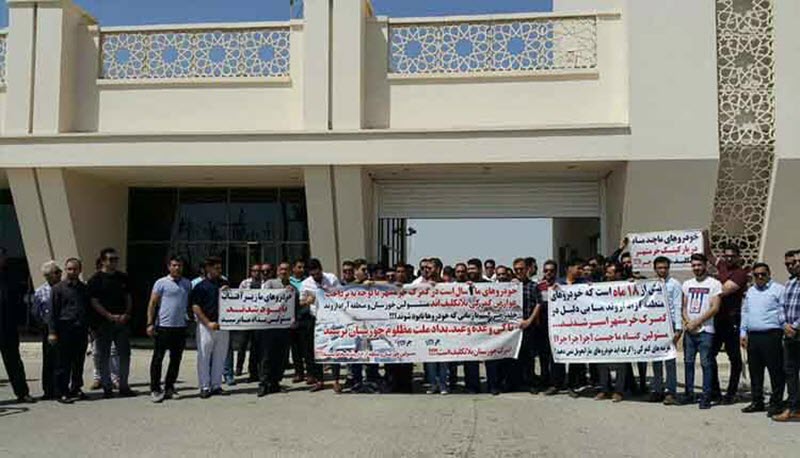 On Sunday, July 7, 2019, separate protests were held by buyers of imported cars in Arvand, managers of an aid organization in Tehran, and a group of street vendors in Tabriz, northeast of Iran.

On Sunday, a group of imported car buyers gathered in front of Arvand Free Zone Organization to protest against the regime's refusal to release the cars they had purchased.
This is the second protest by the car buyers in recent days.

According to the buyers, despite the passage of 18 months from the authorities' promise to release the imported cars, they still do not have clearance, while all legal work has been done.

Protests by managers in Tehran

Also on Sunday, a group of managers from the office of the state-affiliated Hamshahri Aid Organization rallied in front of the group's office to protest against unpaid wages.

Protest by street vendors in Tabriz

Also on Sunday, a group of street venders in Tabriz gathered to protest against "prohibition of hawking their wares in the historical market place of Tabriz."

They say that working in the historical market of Tabriz is their only source of income.