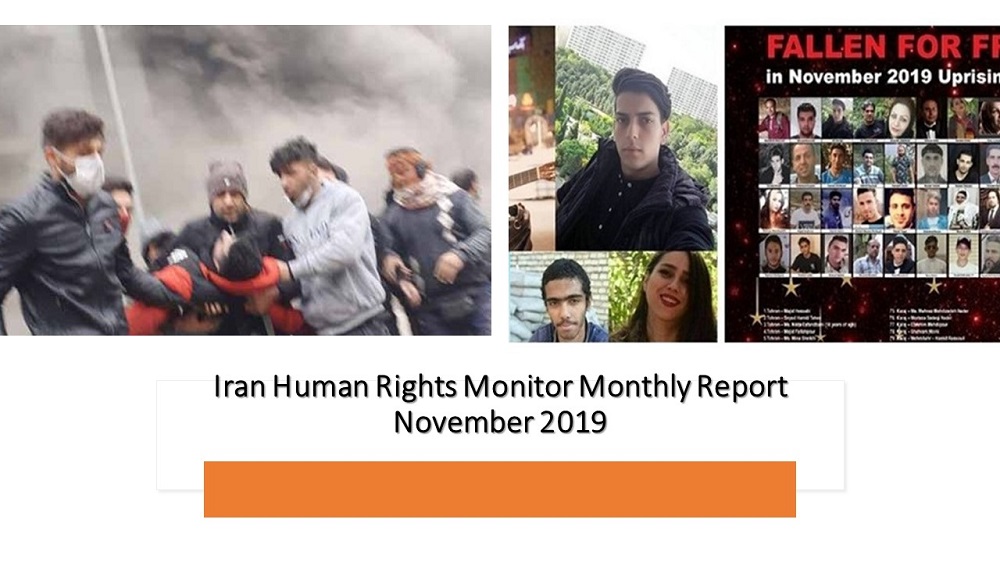 Based on information from MEK sources in Iran the number of those killed during the November Iran Protests is at least 1000.

Written by Mahmoud Hakamian on 10 December 2019.

More than 1000 Iranian protesters, including women and children, were shot and killed by Iranian security forces in protests across Iran in the month of November, according to a monthly report by a leading human rights group.

Iran Human Rights Monitor said in a monthly report for November 2019 that angry protests over a fuel price hike overshadowed all other issues in Iran last month.

The protests began on 15 November after the tripling of fuel prices and rapidly spread to 190 cities.

Shortly after protests began, the regime cut off access to the internet across the country to hide the scale of the violence its security forces committed.

Several reports and videos show the Iranian regime’s use of lethal force against protesters during the November 2019 Iran protests, Iran HRM’s report said.

“More than 1,000 people, including several children were indiscriminately shot and killed by the IRGC, Bassij, undercover intelligence agents and the police.”

“At least 4,000 people were shot and injured while more than 12,000 were arrested, many of them after they were shot. Protesters are under severe torture to make false confessions.”

More than 1,000 people, including children were indiscriminately shot and killed by the IRGC, Bassij, undercover intelligence agents and the police during #IranProtests https://t.co/ZluMcazlQn https://t.co/tSqIiD1ouM