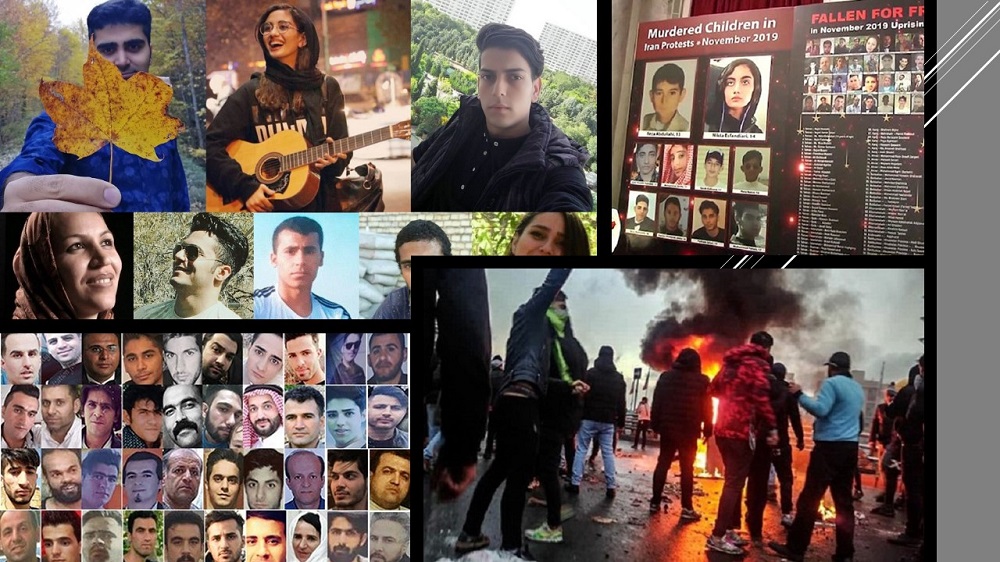 — NCRI-FAC (@iran_policy) . “Tulips have bloomed from the blood of the youth, where is justice?” they sing.
They demanded people, implement serious measures 2 detained by Mullahs
So far+1500 ppl killed by the regime in Abadan. She was tortured to death by the revolutionary guards who later threw her lifeless body outside her father’s residence. RIP ?
At least 1,500 protesters were killed during the Nov protests. RIP?
The number of slain protesters are increasing day by day as more families provide info regarding their lost loved ones is the overthrow of the clerical regime in its entirety and establishment of democracy and popular sovereignty

— Maryam Rajavi (@Maryam_Rajavi) ’s wealth is being plundered by the ruling mullahs and spent on terrorism, belligerence and anti-patriotic missile and nuclear programs, leaving our people defenseless in the face of natural disasters

IRAN PROTESTS: CALL ON UN TO APPOINT A FACT-FINDING MISSION TO VISIT THOSE ARRESTED

The People’s Mojahedin Organization of Iran (PMOI/MEK) released the names of 16 more martyrs of the nationwide uprising, bringing to 520 the number of victims identified so far. The PMOI has confirmed more than 1,500 martyrs in different provinces across the country. At least 400 have been killed in Tehran, 320 in Kermanshah, 270 in Fars, 240 in Khuzestan, 120 in Isfahan, and 100 in Alborz (Karaj).

The People’s Mojahedin Organization of Iran has released the names of 520 protesters who have been identified so far among those slaughtered by Iran’s regime in the course of the Iran protests in November 2019.

The number of martyrs of the nationwide uprising exceeds 1,500. Numerous minors and women are among the victims.

Read more: Day 33 of the Iran Protests for Regime Change

Iran Protests: The Society Is Filled with Anger Toward Mullahs