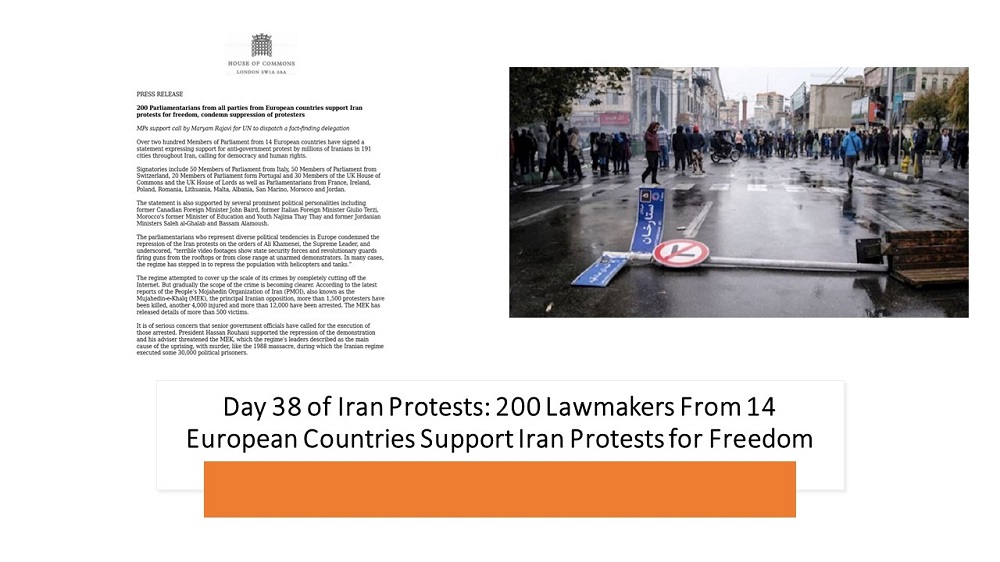 Here are the latest updates on the nationwide Iran protests for regime change which erupted in mid-November. More than 200 cross-party Parliamentarians from 14 European countries have announced their support for the Iran Protests for freedom and condemned the suppression of protesters.

According to the People’s Mojahedin Organization of Iran (PMOI/MEK) the Iranian regime has killed at least 1500 protesters. The MEK has so far identified 547 of these martyrs.

Reporting by PMOI/MEK – Iran, December 22, 2019—The following report is from an MEK activist from inside Iran:

Shabnam Dayani and 12 others were run over by the vehicles of the IRGC-paramilitary force, the Bassij. The Bassij agents subsequently opened a barrage of fire on all of them. When Shabnam’s family went to collect her body, the authorities threatened and instructed them to declare her death an accident, but her family refused to do so. Shabnam’s body was handed over to her family with a two-day delay and was transferred to Behbahan. Bassij agents ordered Shabnam’s family to use a white gravestone exclusive to the Bassij, so that the regime would not be incriminated in her death. But her family rejected the regime’s demand.
Shabnam Dayani slain in the Iran Uprising in November 2019

Protest outside Japanese Embassy in Berlin and Commemoration of the martyrs of the Iran protests.

Iranian in Berlin demonstrated today in front of the Japanese embassy in Germany to protest against a programmed visit to Japan, by the mullahs’ president Hassan Rouhani scheduled for tomorrow Friday 20 December. In a letter addressed to the ambassador, demonstrators urged the Japanese government to cancel the visit by Rouhani, who is supposed to meet the Japanese Prime Minister Shinzo Abe. They said Rouhani was responsible for “crimes against humanity”, so his visit to the country should not take place especially a few weeks after the brutal suppression of Iran protests by government forces in Iran.

Maryam Rajavi president-elect of the NCRI wrote on twitter:

The United Nations must send fact-finding missions to Iran to investigate about those killed, injured and imprisoned. Considering that many of those arrested during the uprising are subjected to torture and executions, the dispatch of these missions enjoys high priority.

A large Number of Girls, Women Among Those Killed and Arrested

A large number of women and girls are among those killed and arrested during the November 2019 uprising. Some of them are minors. Many of those killed were shot in the head and chest. Those arrested, especially women, are being held under inhumane conditions and subjected to torture and harassment. 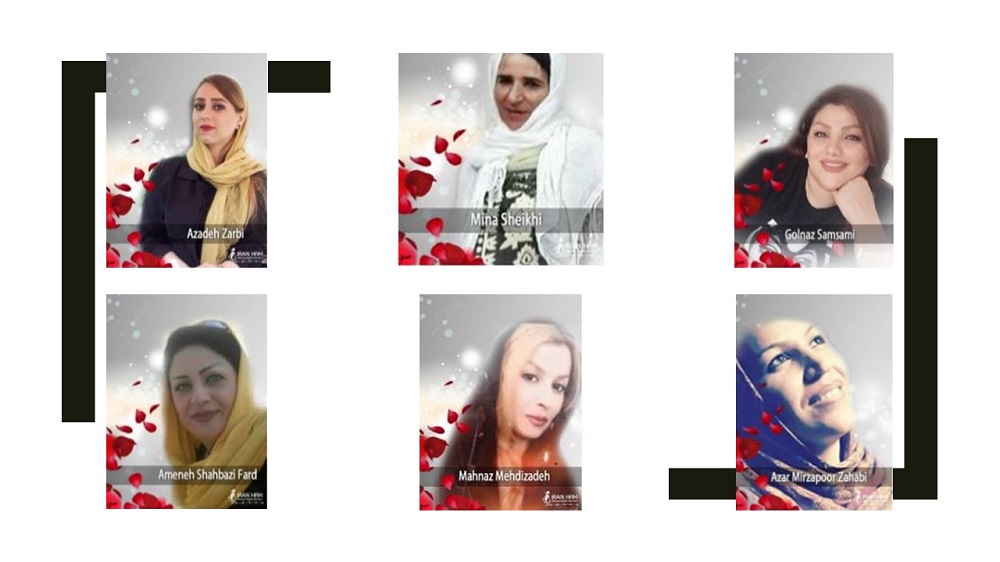 Large Number of Girls, Women Among Those Killed and Arrested https://t.co/6XdzW3CJYj#FreeAllProtesters #StopIranBloodshed #IranProtests

International Support for the Iran Protests:

The signatories of the statement called on UN and European Union Member States to:

-Work for the release of detainees 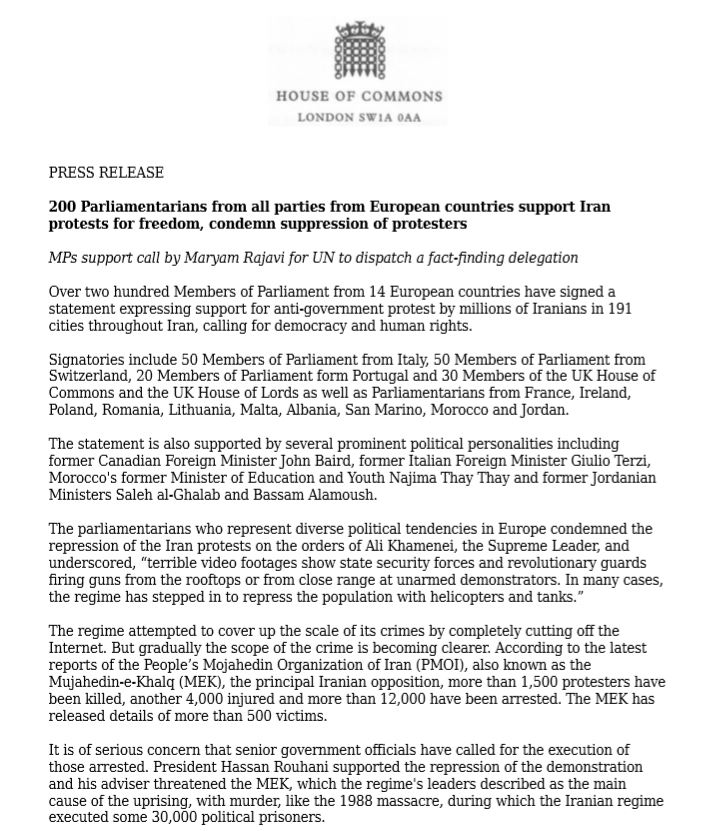 We drew 304 silhouettes in front of the Embassy of Iran in Brussels crime scene.

demanding justice for the +304 killed during Iran protests.

calling for the thousands arbitrarily arrested to be released.

We drew 304 silhouettes in front of the Embassy of #Iran in Brussels #crimescene
?demanding #justice for the +304 killed during #Iranprotests
?calling for the thousands arbitrarily arrested to be released

Read more: Day 37 of the Iran Protests for Regime Change