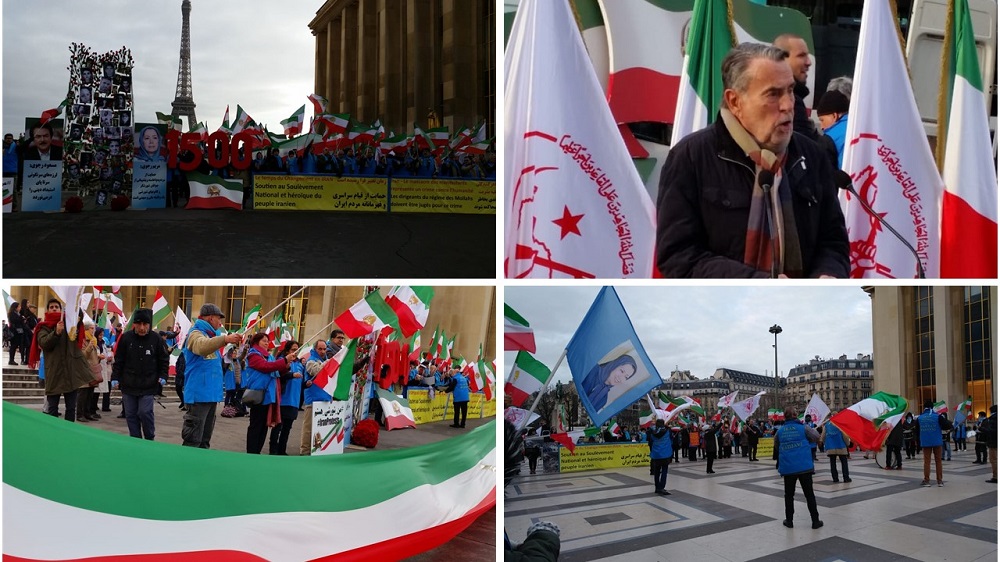 Hundreds of supporters of the National Council of Resistance of Iran (NCRI) in France rallied on Thursday, December 26, 2019, at Paris’ renowned human rights square, Place de Trocadero, in solidarity with the Iran protests and to condemn the crimes against humanity committed by the religious dictatorship in Iran.

The solidarity protest was covered by international media organizations.

Protesters in Paris held up banners that read “Stop the massacre in Iran; 1500 protesters have been killed” and “Support the heroic nationwide uprising by the Iranian people.”

Former French Senator Jean-Pierre Michel was among speakers at the rally. 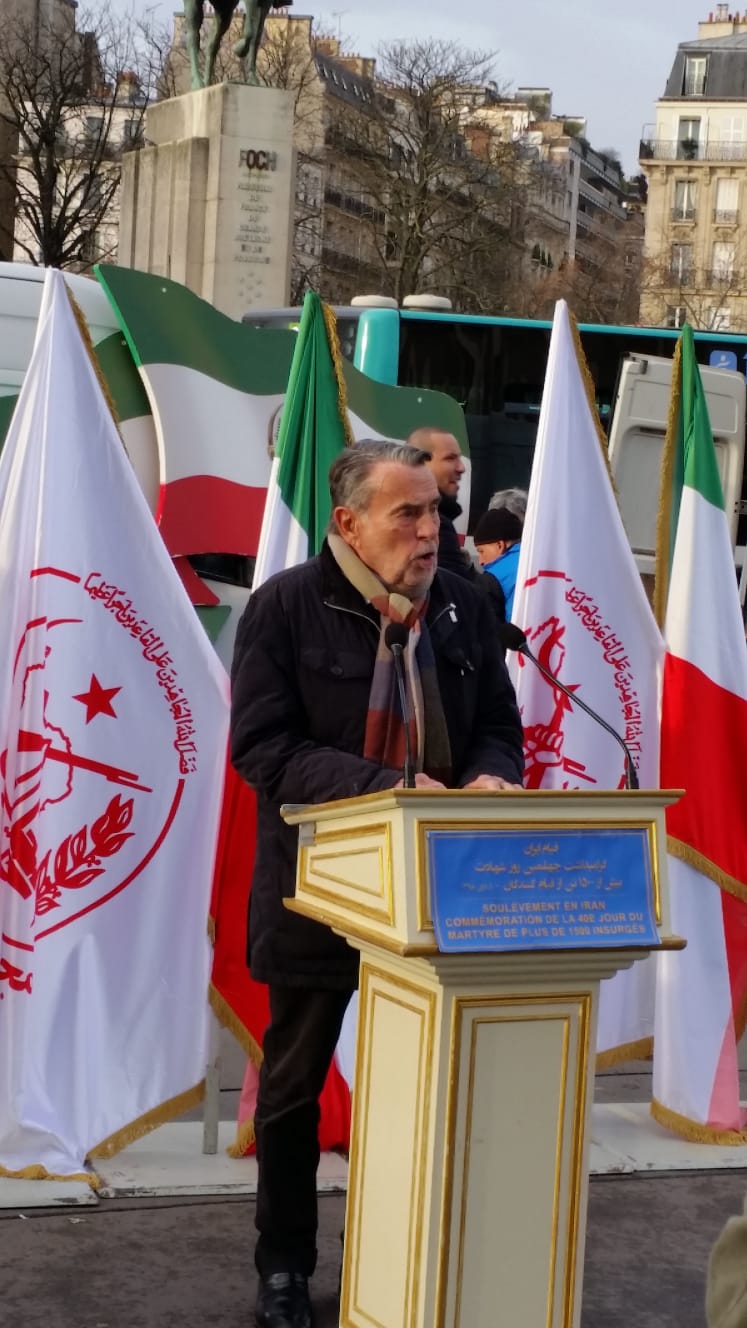 The event marked 40 days since more than 1500 protesters were killed by Iran’s regime for taking part in nationwide Iran protests for regime change. Iranians traditionally commemorate their martyrs 40 days after their death.

The Iranian regime’s security forces have arrested a large number of the relatives of those killed in the Iran protests and other youths in a futile attempt to prevent the holding of the memorials for the victims of the crackdown.

The regime’s repressive forces have been put on high alert throughout Iran, according to the main Iranian opposition group, the People’s Mojahedin Organization of Iran (PMOI), otherwise known as the Mujahedin-e-Khalq (MEK).

Fearing renewed protests across Iran, the regime this week once again cut off the Internet in most parts of the country, and the authorities disrupted some mobile phone networks. In some cities, such as Karaj and Shiraz, the regime deployed helicopter surveillance in cemeteries where memorials were held. In Urmia, snipers took positions on rooftops.

Reports from inside Iran via the MEK indicate a bleak picture of brutal torture occurring in prisons in Tehran and other Iranian cities.

The crime against humanity, that began with the massacre of unarmed protesters in November, continues with mass arrests, arbitrary executions and torture, resulting in the deaths of prisoners, and harassment of thousands of families by not giving them any information about the fate of their children, as well as severing communications and withholding information.

The mullahs’ regime sees the international community’s silence and inaction as a green light to escalate its crimes against the Iranian people.

According to the MEK, more than 1500 protesters were killed last month by the regime’s security forces. The MEK has so far identified 601 of the martyrs by name.

Iranian opposition leader Mrs. Maryam Rajavi has called on the United Nations to urgently send an international fact-finding mission to the prisons to meet with the detainees.

Previous articleIran: Torching Centers of Suppression, Khamenei’s Pictures on 40th Day Memorial for Martyrs of the Uprising
Next articleIran – Resistance’s Leadership Messages in Tehran: Khamenei, Rouhani Must Face Justice for Crime Against Humanity