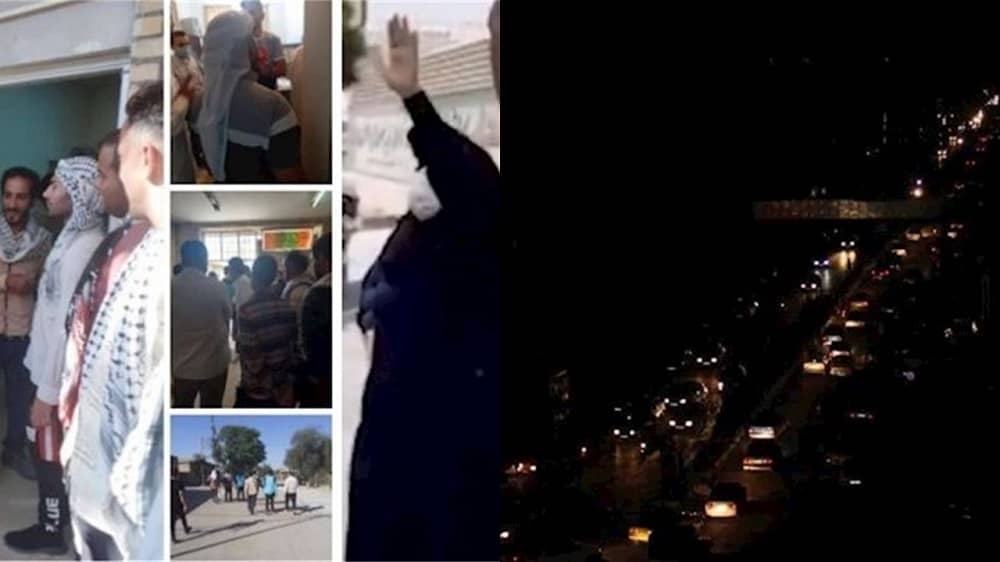 As much of the northern hemisphere contend with sweltering heat, Iran is experiencing recurring blackouts which leave vulnerable citizens without air conditioning or light for hours if not days at a time. The problem has now been going on for more than six weeks, with no response from the regime.

In fact, some reports indicate that regime-linked entities are primarily responsible for the main contributing factor in the blackouts: cryptocurrency mining. The extremely energy-intensive process has evidently been embraced by Tehran as a means of circumventing sanctions while burning off excess oil and gas resources.

As the blackouts have persisted, so have protests. And as public awareness of the regime’s role in those blackouts has grown, the protests have grown in both size and geographic reach while also taking on explicitly anti-government messaging. On Sunday night, several rallies were held simultaneously across the capital city of Tehran, and in many cases, the participants were heard to chant now-familiar slogans like “death to the dictator” and “down with the Islamic Republic.”

The blackout protests reflect the same pattern of the major Iran protests, and thus they support claims of continuity between the present situation and circumstances as they existed at the time of the uprising. Between then and now, Iran’s activist community has staged countless other small-scale protests featuring the same anti-regime slogans. The majority of Iranian citizens also participated in two electoral boycotts – one targeting parliamentary elections in February 2020 and the other targeting last month’s sham presidential election.

In the run-up to the latest sham election, thousands upon thousands of Iranians helped to set the stage for regime change by tethering their own single-issue protests to the prior anti-government sentiment. Blue-collar workers, middle-class investors, and retirees all staged coordinated demonstrations during that period and each group chanted a similar slogan condemning the regime and expressing a commitment to avoiding participation in sham elections for as long as they are controlled by the ruling system.

Because of this situation, the regime’s Supreme Leader Ali Khamenei’s favored candidate, Ebrahim Raisi, ran virtually unopposed in last month’s sham election, roughly two and a half years after being appointed as judiciary chief by Khamenei himself. Raisi’s successive promotions met with recognizable outrage from Iranian citizens and Resistance activists on account of his leading role in the massacre of 30,000 political prisoners in 1988, as well as his contributions to the crackdown on the November 2019 uprising, which killed at least 1,500 people.

Public awareness of Raisi’s background certainly helped to fuel participation in the electoral boycott, but the broader commitment to never voting in such elections again is indicative of Iranian attitudes toward the regime as a whole.

The 2019 uprising was sparked by a sudden increase in government-set gasoline prices which many people regarded as further confirmation of the self-serving nature of the clerical regime. That price hike made matters worse for a population that was already suffering economically as a result of government mismanagement and misplaced priorities for expenditure of limited financial resources. If it had not been clear beforehand, it became clear that November that none of Iran’s myriad problems would be solved under the existing system.

Those problems have only continued to multiply since then, with the coronavirus pandemic being a prime example and the recurring blackouts the most recent example. Two uprisings, two electoral boycotts, and scores of other activist measures make it clear that the country is primed for regime change and that its people will continue to pursue that outcome in spite of the inevitable repressive response from Tehran.

The Iranian community will further explore that prospect this weekend during the Free Iran World Summit, an event designed to bring together Iranian expatriate communities and Western policy experts in support of the push for democracy currently ongoing inside Iran. Traditionally, many Iranian citizens have risked arrest by watching prior such gatherings online or via satellite. The blackouts present a new obstacle to their doing so, but after many years of organized events, most of the Iranian activist community is already well aware of the support they enjoy abroad.

The more important role of the Summit is to coordinate that support in a way that minimizes the threat of reprisals by the Iranian regime while maximizing the potential for large-scale domestic challenges to the regime’s hold on power.