Iran: Fifth Round of Strikes by Truck Drivers 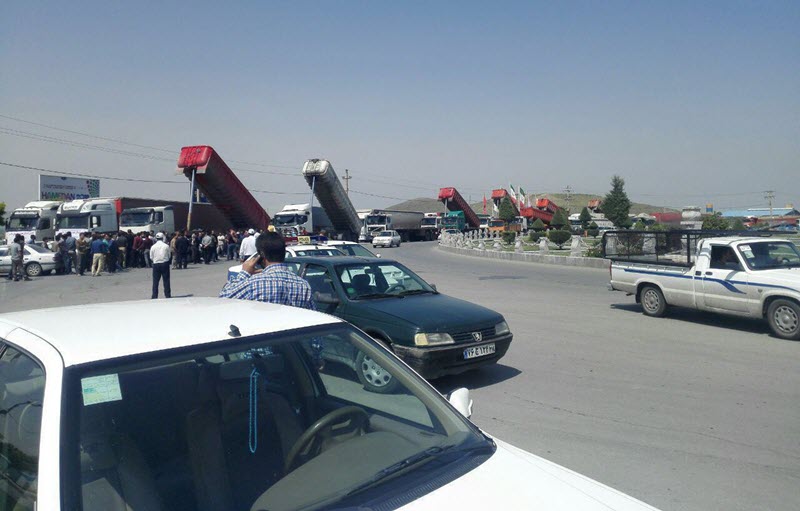 U.S. sanctions have increased business costs, which has provoked Iranian truckers to begin another nationwide strike. While the regime claims there is a popular base that opposes U.S. President Trump and stands against the sanctions, the Iranian truck-drivers are not blaming Trump. They protest by parking their vehicles on highways or in parking lots to show solidarity.

The nationwide strike of the heavy vehicles and other truck-drivers has intensified in across Iran, despite the Iranian regime’s suppressive measures — including harassment, arrests, and the executions announced by the Prosecutor-General Mohammad Jafar Montazeri.

The fifth series of strikes began on Saturday, December 21st, 2018t. Truckers plan to be on strike until December 31st.

The regime’s Transportation Organization is blamed for many of these conditions, but the tax department has also imposed new taxes, in addition to commissions and charges imposed on drivers by various government departments.

According to Iran News Wire, truck drivers began a wave of organized, nationwide strikes last September, with truck drivers in 112 cities across Iran.

Iranian authorities have not responded to the needs of the striking truck drivers. During the last four rounds of strikes, they attempted to intimidate the truckers and force them to return to work, but those efforts were ineffective.

However, the outspoken Haft Tappeh labor representative, Esmaeil Bakhshi, was detained on November 18th on the fourteenth day of the sugarcane workers’ strike and was released on December 12th on bail. Bakhshi is known for his passionate speeches during the workers’ weeks-long strike actions, but since his release, he has been absent from workers’ strikes and other labor activities. A source claimed, “He was beaten until he was on the verge of death.” Bakhshi’s family said that he was tortured in detention and was now suffering from severe physical and psychological problems.