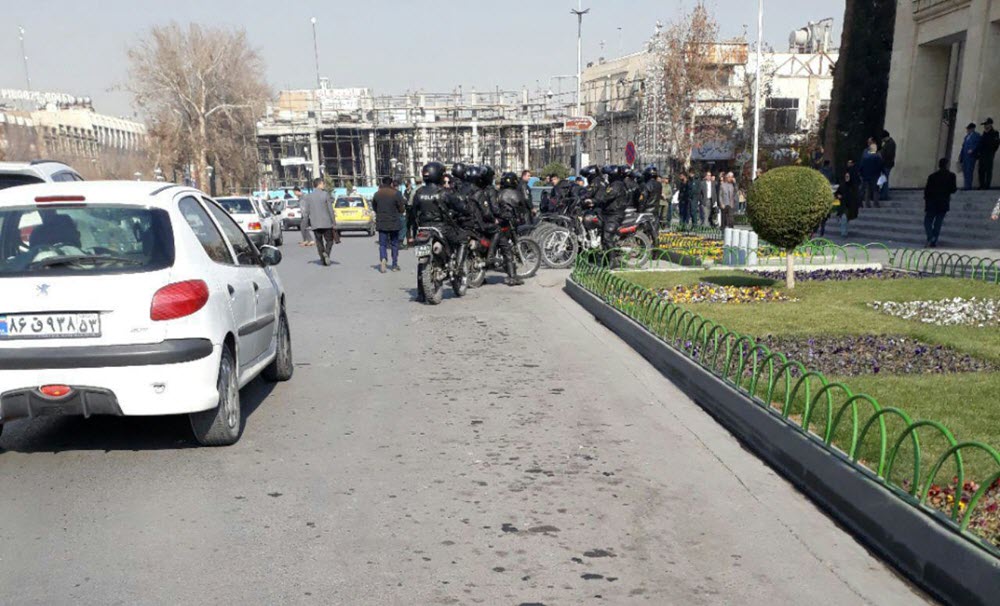 Mrs. Rajavi’s call to support teachers and immediate action to release the arrested

From the morning of Thursday, December 27, based on a previous call, teachers and educators of Isfahan gathered in front of the city’s Education Department, this is while intelligence agents and state security forces threatened teachers in various ways not to participate in the demonstrations, otherwise they would face consequences. Since the morning, police and intelligence forces have been trying to prevent the formation of this protest rally by deployment in the streets around the Education Department.

Subsequently, teachers, most of whom women, went to Darvazeh Dowlat street, in front of the municipality and gathered at Bagh Behesht Park. The suppressive forces attacked them with batons and pepper sprayed them. Demonstrations and clashes took place on the streets of Darvazeh Dowlat, Hasht Behesht and Bagh Behesht Park, and dozens of protesters were arrested.

The mercenaries attacked a woman filming the events to arrest him, but the people went to help her and escaped her.

Mrs. Maryam Rajavi, President-elect of the Iranian Resistance, hailing to the courageous educators and teachers of Isfahan who despite all the repressive measures continued their protests, asked the public in Isfahan, especially the youth, to support the teachers and to protest their arrest and suppression. She also called on human rights defenders, trade unions and teachers and academics all over the world to support their protests and demands and to take urgent action to release the arrested.

Solidarity among teachers, students, workers, farmers and other strata of society is the nightmare of the ruling theocracy.

Secretariat of the National Council of Resistance of Iran
December 27, 2018