Iran Is Moving Towards a Complete Internet Shutdown, One Bit at a Time 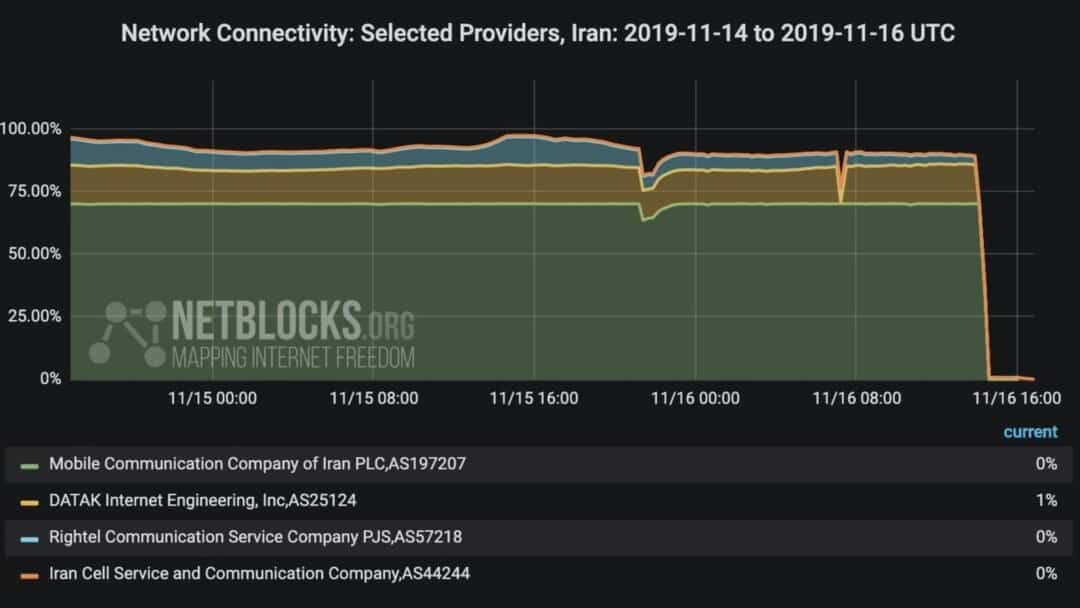 Reports from Iran indicate that Google and Bing’s safe search mode, usually set for children to filter explicit content, has been forcefully enabled for all Iranians. The Iranian regime has taken another step to filter and limit internet access by activating the safe search mode.

“It seems that internet operators did not change the search mode, and it happened on higher levels. Experts also believe this action means officials consider all internet users in the country as ‘children,’” the state-run Shararanew website wrote on July 12.

Google’s “safe search mode” aims to create a safer environment for children and can be manually turned on or off. But this is not the case in Iran. According to the state-run Tejaratnews website on July 12, “It seems that by manipulating and hijacking DNS, they have enabled this feature for all Iranian users of any age, and it is not possible to disable it.”

“Hijacking the IPs and DNS of foreign platforms like Google causes all user searches to circulate inside the domestic network. This action ultimately reduces the speed and quality of a platform’s services,” Tejaratnews add.

But how does this happen? It only takes to provide a unique Internet Protocol (IP) to users demanding a Domain Name System (DNS).  The DNS translates human-readable domain names (for example, www.amazon.com) to machine-readable IP addresses with numbers. Thus, once Iranian users open pages using the IP provided by the regime, Google and Bing safe search mode gets activated.

Since the regime previously added the possibility of identifying two fingerprints of the censorship system which has TraceVis, it is easy to identify and document this issue. TraceVis is an execution trace visualization tool for graphically exploring application behavior as it relates to its execution on a microprocessor.

Pictures below, provided by Tejaratnews, show a user’s request to reach a website, and it has reached the operator DNS but not Google or Bing (figure 1). In some cases, it is observed that the censorship system refuses to respond. It is probably related to the intermittent censorship/blocking method that has recently increased (figure 2).

“It seems that officials intend to create the necessary infrastructure to implement the national information network or plans such as the national internet and the internet protection plan,” Tejaratnews wrote.

But what is the internet protection plan?

This plan, formally known as the “Cyberspace Users Rights Protection and Regulation of Key Online Services,” aims to create a tightly controlled cyberspace like North Korea. This plan will disrupt citizen access to international services, primarily social media, and allow the regime to control internet gateways to increase the suppression of dissent.

In an exclusive report in this regard in January 2022, the Iranian Resistance wrote: “For roughly over one million Iranians, social media platforms such as Instagram, Telegram, and Twitter serve as virtual businesses. The proposed bill requires international technology firms to have a legal representative in Iran as a means of cooperating with Tehran to increase online surveillance.”

Therefore, social media companies that refuse to work in Iran would risk penalties, forcing people to use platforms designed by the regime, risking their basic freedom, while sinking deeper into poverty. The plan also allows the communication ministry to block all virtual private networks (VPN) and other censorship tools. Those who use VPNs would risk jail and financial punishments.

The regime’s parliament made a lot of flip-flops to pass this bill. Although the plan was approved in February 2022, the mullahs couldn’t officially implement this plan as they feared public backlash.

But reports in late February from Iran indicated the country’s speed dropping, creating major hurdles in the lives of millions of Iranians. While the regime’s Minister of Communication declined this news, Iran’s state media later acknowledged it was related to the protection bill.

The recent manipulation of Google and Bing search engines is also part of the regime’s plan to restrict access to the internet.

Why Tehran strains to control the internet?

The regime’s recent manipulation of search engines is indeed very bizarre, but what else is expected from a ruling theocracy that considers its “Supreme Leader” as the “guardian” of the people.

Yet, the real answer to this question lies in the current volatile state of Iranian society.

In the last four years, at least eight major uprisings erupted in Iran, rattling the regime’s foundations. Footages sent by activists from Iran not only confirmed the regime’s brutality but also showcased the regime’s illegitimacy.

Besides, the internet has facilitated and increased the connection between the Iranian Resistance movement and people from all walks of life, mainly the youth.

In his speech on July 20, 2021, the mullahs’ Supreme Leader, Ali Khamenei, expressed his utter fear of social media and underlined that the “enemy has transformed into combat mode through social media” and that the state should respond accordingly.

Facing a restive society that suffers from economic and social crises, Khamenei and his ilk fear the impact of Iran’s organized opposition, the Mujahedin-e Khalq (MEK), on people and their power to mobilize all sectors of society to achieve the goal of regime change.

“Today, the MEK targets people’s beliefs. Sadly, this grouplet has influenced university students and uses them to reach its goals,” Fars News Agency quoted Ali Bozorgkho, secretary of the Office of Tahkim Vahdat, on June 28.

Tahkim Vahdat is an organization created by the regime in the late 1980s to identify and oppress dissidents in university.

“The MEK, stationed in the capital of a European country, are busy night and day creating an environment against the Islamic Republic on Twitter, Instagram, and Telegram,” General Ebrahim Golfam, Cultural Deputy at the Joint Chiefs of the regime’s Armed Forces, said in May 2019.

It is safe to say that the Iranian regime faces a deadly paradox in officially implementing its “internet protection” bill as it is a double-edged sword. Implementing this plan results in protests, and not implementing it allows the news from Iran to reach the outside world and people to stay in touch with their organized Resistance movement.

Therefore, Tehran tries to pay the minimum price by taking actions such as manipulating search engines. These types of activities are a testament to the mullahs’ weakness. But the ayatollahs have not considered that, unlike before, the news of their actions, such as the recent one, rapidly reaches all Iranians, thus adding to their abhorrence toward the regime.

Previous articleIran News in Brief – July 16, 2022
Next articleLive Report: At a Huge March in Stockholm, Iranians Call for Accountability and Justice