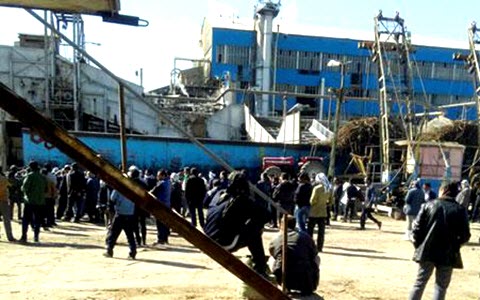 NCRI – More than 1,000 workers and retirees of the Haft Tappe Sugar Cane Company continued their strike for the third day on Tuesday. The police resorted to various measures and birdshots in order to create tensions, all failing to prevent the workers from holding their rally.

As the sugar cane company has become privatized, Iran’s officials have been permitting the police to be present at all hours of the day in the factory and the director is patrolling the factory grounds with escorts throughout the working hours. The workers are protesting the intense security atmosphere, saying these measures follow their peaceful protests in order to terrify the workers and force them to back down.

The workers have said they will continue their protests until their demands are met.