Iran Protests and the Unstable Regime of the Mullahs 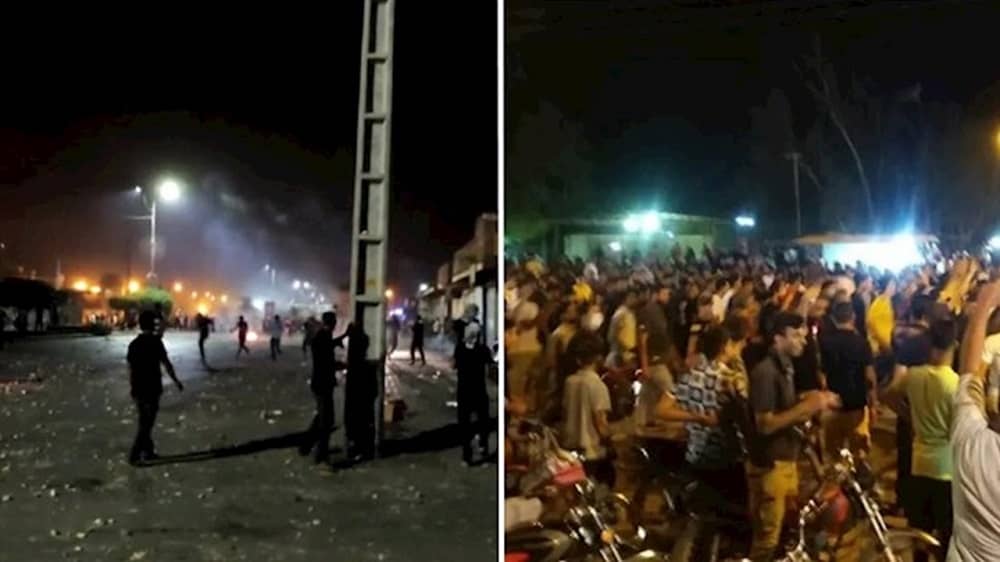 Protests in Khuzestan, southwest Iran, continued for ten consecutive days on Saturday. On Sunday, locals in Tabriz, northwest Iran, held protests in solidarity with the risen people of Khuzestan. Despite the regime’s oppressive measures, protests continue to spread across Iran and intensify.

People in Tabriz were chanting, “Azarbajian [province] is awake; Khuzestan is resistant.” Protests also reached the cities of Saqqez and Zanjan. The regime witnessed how its oppressive measures, such as dispatching a large contingent of military convoys to cities or imposing internet blackouts in Khuzestan and other provinces, would not prevent protests from spreading and intensifying.

These ongoing protests once again underlined the Iranian people do not want this regime. The regime’s Supreme Leader, Ali Khamenei, ordered martial law, through his regime’s officials, under the pretext of combatting the coronavirus. The regime bogusly issued Covid-19 lockdowns, while due to its inaction, the Covid-19 death toll is reaching half a million.

Yet, despite the unofficial martial law, people poured on streets in Khuzestan province, in Tabriz, and other cities.

But why did the regime’s oppressive measures did not prevent people from coming to the streets? The reason is the fundamental weakness of the regime and restiveness of the society.

A comparison with the final era of the Shah’s time clarifies the issue.

Months before Iran’s anti-monarchy revolution in 1979, the Shah had installed a military government, but he failed to control Iran’s explosive society. Shah was toppled despite his partial economic stability and was not internationally isolated.

Now, Khamenei and his regime are suffering from increasing international isolation, and due to the regime’s corruption and warmongering policies, Iran’s economy is on freefall.

In other words, besides the intensifying protests, Khamenei and his regime face different economic and political crises.

The recent positions by the regime’s officials, especially Khamenei, underlined the regime’s weakness.  In his recent speech, Khamenei acknowledged that “we cannot complain about people [protests].”

Yet, the regime officials simultaneously warn one another of the intensifying protests and their inevitable connection with the organized Resistance movement. The regime’s outgoing Vice President, Eshagh Jahangiri, said: “We should be vigilant that nothing happens in Khuzestan and Sistan and Baluchestan, so the enemy celebrate.”

In a nutshell, ten days of protests and the slogans, such as “down with the dictator,” show the society’s restiveness and the regime’s absolute failure in oppressing people. These protests and their spreading trend foretell another major Iran protest.

Previous articleIran: Closing Transit Highways To Prevent Reinforcement To The Repressive Forces
Next articleIran: The Coronavirus Fatalities Are More Than 337,500