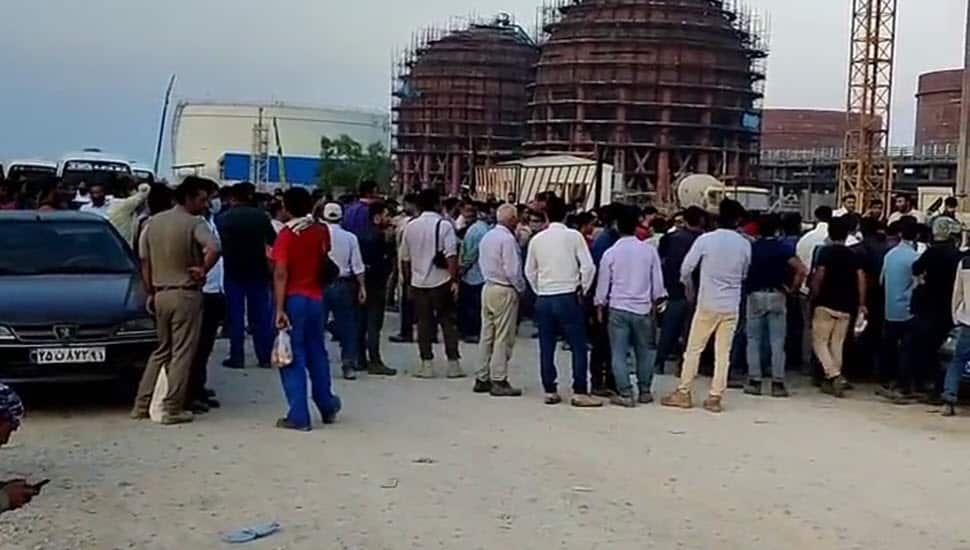 On Monday, workers at a petrochemical complex in Asaluyeh, southern Iran, went on strike. Their colleagues in the Abadan oil refinery also joined them on Tuesday. Four weeks into the major Iran protests, the oil and petrochemical workers’ strike is considered a turning point.

This is not the first time oil workers, mainly contract oil workers, have gone on strike. But previously, they staged protests and demanded their rights. Their demonstrations were quashed, and many deprived workers were arrested or laid off. Yet, Iranian oil workers joined the nationwide uprising and popular “regime change” demand.

Initially sparked due to the death of a 22-years-old Kurdish girl in police custody, Iran protests have now morphed into a revolution, with people demanding nothing less than regime change. Protests have persisted despite the regime’s heavy crackdown.

The first turning point of Iran’s uprising was Saturday’s protests, with students joining them. These protests happened a few days after the bloody crackdown on innocent prayers in Zahedan and after the regime’s supreme leader Ali Khamenei threatened Iranians while praising his oppressive forces.

Oil workers in Abadan and Assaluyeh have joined #IranProtests. Strikes paralyze the predatory regime, indicating the people’s determination to end religious fascism and establish a democratic republic based on separation of religion and state and equal rights for all Iranians. pic.twitter.com/ipGLZ31CVl

Iran’s uprising experienced what many consider its second turning point when the contract oil workers began their strike for several reasons:

In a nutshell, the strike by contract oil workers reaffirmed the Iranian people’s unwavering resolve to overthrow the ruling theocracy at any cost. The regime plunders the Iranian nation’s wealth to prolong its rule through the export of terrorism abroad and domestic oppression. The world community should increase its pressure on the regime and help Iranians achieve their rights.