IRAN: Residents of Sohanak and Morad-Abad rally in front of Ministry of Roads 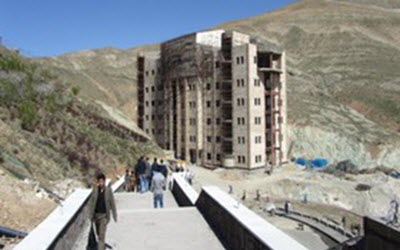 NCRI – On Wednesday, June 15, a group of residents from Sohanak and Morad-Abad, north-east of Tehran, rallied in front of the Iranian regime’s Ministry of Roads and Urban Development, protesting against the regime’s decision to not allow them to carry out construction.

While housing construction permits are not issued in Sohanak and Morad-Abad, some officials of the regime are permitted to build towers and villas in nearby similar terrain, the protesters pointed out.