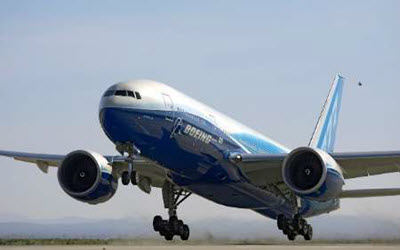 Two Republicans in the United States House of Representatives are expressing concern over Boeing’s tentative agreement to sell about 100 commercial planes to the Iranian regime, warning that the deal could have serious national security implications.

“We strongly oppose the potential sale of military-fungible products to terrorism’s central supplier,” the lawmakers wrote in a letter sent on Thursday to Boeing CEO Dennis Muilenburg.

If approved, the plane purchase would represent a significant deal between a U.S. company and Tehran following the easing of trade sanctions in January, The Hill wrote on Friday.

“In light of recent reports that a deal is imminent, we seek information to assist the U.S. Congress in determining the national security implications of a potential sale of Boeing aircraft to Iran,” they wrote.

The lawmakers sent Boeing 10 questions to answer by July 1, saying that so far the Chicago-based plane manufacturer has failed to respond to lawmakers’ inquiries about their negotiations to with Iran’s regime.

Hensarling and Roskam enclosed with the letter a June 2 State Department report that labeled the Iranian regime “the foremost state sponsor of terrorism” around the world.

The lawmakers argue that Tehran’s military frequently uses commercial airliners for everything from transporting troops, weapons and missiles around the world to groups like Hezbollah and Hamas and the Bashar Al-Assad regime in Syria.

“These terrorist groups and rogue regimes have American blood on their hands,” they wrote.

“Your potential customers do as well.”

Previous article
Statement by Chairman of the legal committee of Syrian National Coalition
Next article
IRAN: Residents of Sohanak and Morad-Abad rally in front of Ministry of Roads