Iran: Workers Stage Protest Gathering in Front of the Governorate of Malayer 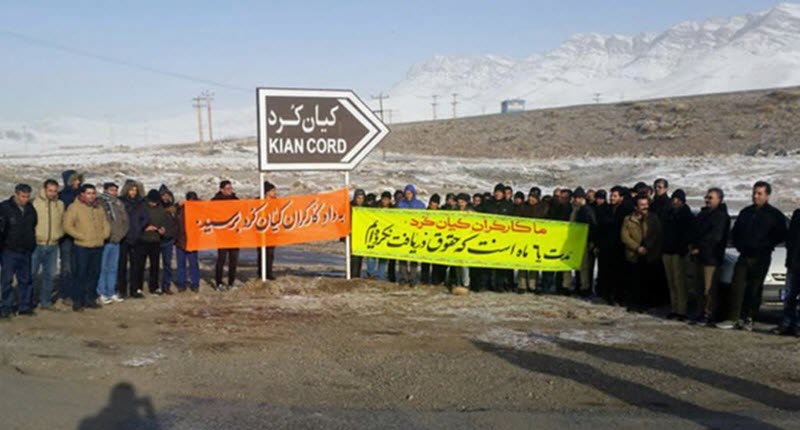 NCRI – According to the state-run ILNA news agency, in the ensuing of the past three week’s protest gatherings by a group of Kiancord Factory workers across the factory building, on Tuesday morning, January 30, the workers also held a similar gathering in front of the governorate building in Malayer.

The number of the protesters who are “Kiancord Factory employees” in the city of Malayer, Hamadan province, is estimated to be up to 250 workers.

According to the protesting workers, during the gatherings in the past few days, the provincial officials in a meeting with the workers promised to address their problems in the coming days, but in practice nothing has happened yet.

They say that “although we are optimistic about the promise, but having received only one month of the six-month wage arrears, we cannot abandon our pursuit because of livelihood difficulties, and so today we have decided to go to the Malayer’s governorate.”