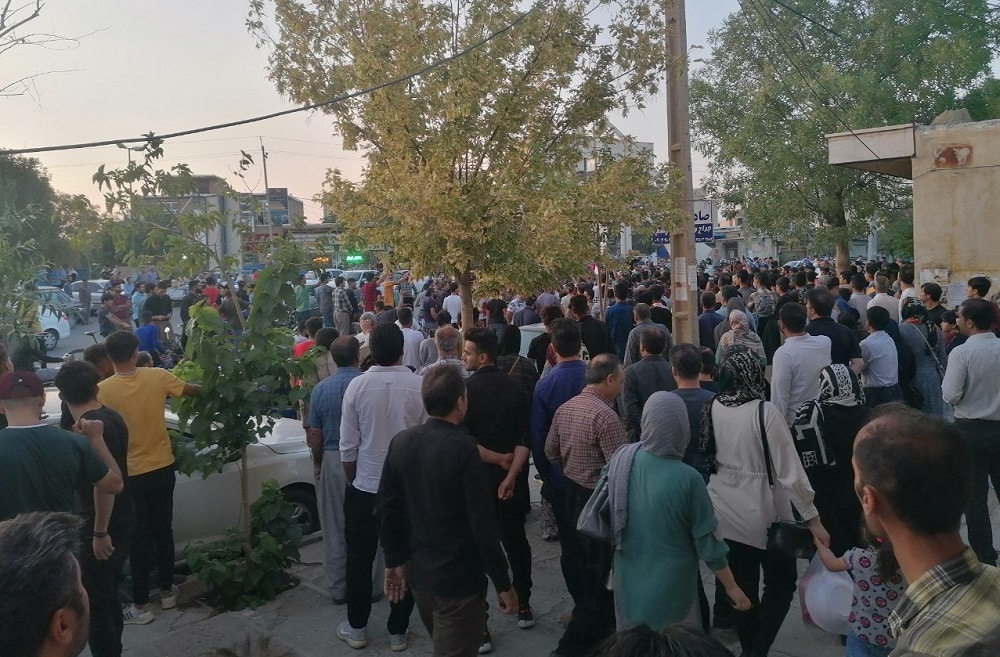 Protests erupted in Iran on September 16 following the brutal murder of Mahsa Amini by the regime’s morality police. Mahsa’s murder has caused a lot of stir in the regime and its state media.

Mahsa, a 22-years-old girl from Saqqez in Kurdistan province, was arrested on September 13 in Tehran under the pretext of being “improperly veiled,” and according to eyewitnesses, was severely beaten by the police. She went into a coma, and her picture in the hospital’s ICU became viral. Mahsa’s death embodied the Iranian women’s suffering under the ruling theocracy in the past 43 years. It triggered protests in Iran’s volatile society, where people suffer from the country’s economic crunch due to the regime’s corruption and ineptitude, as well as four decades of oppression.

Iran’s state media, particularly those of the so-called “reformists,” have warned about the consequences of ongoing protests while trying to sell this fabrication to the public that Mahsa “died suspiciously” and whitewash the regime’s security forces. Yet, their acknowledgments tell the regime’s current situation and failure to contain Iran’s explosive society.

“Officials refrain from showing the slightest flexibility in the face of domestic and international issues. They claim by taking one step backward, we should continue backing down from our positions and lose our hegemony,” the state-run Etemad daily wrote on September 19.

“Iranian youth were trained in our schools and raised while listening to official learning methods and lessons. If officials consider these young men and women to be norm breakers, shouldn’t we doubt our educational system first?” Etemad daily wrote in another piece on September 19.

“When you tell the Iranian women to wear what I, as the ruler, say, they naturally ask what this so-called Islamic State has achieved for us as human beings and half of Iran’s population that our outfit should represent and preserve it?” Etemad wrote.

In an article on Tuesday, the state-run Mostaghel daily acknowledged why people do not believe in the CCTV footage of Mahsa apparently collapsing in police custody without being touched.

“There is nothing wrong with the people. These people who don’t believe the narrative of Mehsa Amini’s natural death are the same people who have not forgotten that our TV strongly denied the hypothesis of downing the Ukrainian passenger plane for an entire week, and dozens of news, analysis, and experts tried to prove it was an accident,” the paper acknowledged.

“The root of this inability lies in the domination of the security perspective on the media, as well as some fundamental and theoretical contradictions at the level of the top management of broadcasting, which unfortunately still remains. In the complex world of the media, there is a war of narratives going on.”

“Instead of standing by the people and reflecting on their demands, we are still thinking about censorship and the implementation of the protection plan (the regime’s plan to restrict the internet)! Is there a loss clearer than this?”

“While many religious and political figures have called out strict measures in dealing with women, the question now begs why some officials and forces use these types of actions, damaging the entire system,” the state-run Arman-e Melli acknowledged on September 19.

As many regime officials have acknowledged recently, Mahsa’s murder triggered four decades of condensed anger and hatred toward the regime. People consider the regime’s supreme leader Ali Khamenei and his president Ebrahim Raisi as the murderers of Mahsa and countless other women. Unlike what the state-run media tried to sell, people wouldn’t stop their protests against the genocidal regime even if the regime dismantled its morality police.