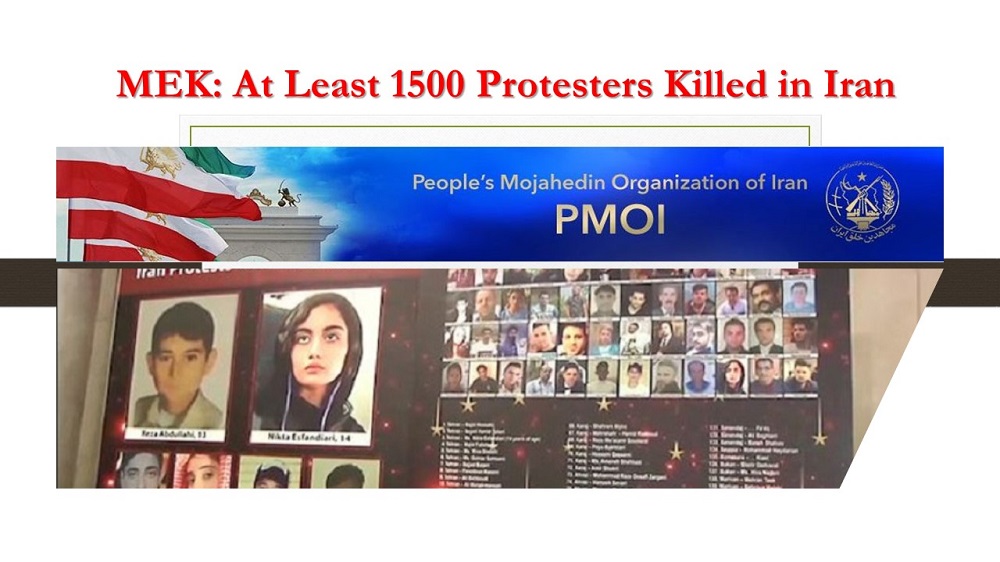 At least 1500 protesters are confirmed to have been killed in the recent crackdown on the Iran protests, the -Over 1,500 Killed in the Iranian People’s Nationwide Uprising Names of 504 Martyrs Released

Mrs. Rajavi called on the United Nations Security Council and the European Union to take urgent action to stop the crackdown in Iran and crime against humanity and secure the release of those arrested. She again urged the UN to establish an international fact-finding mission to investigate this major crime and visit the regime’s prisons and the prisoners.