Amnesty Revises Its Death Toll for the Iran Protests 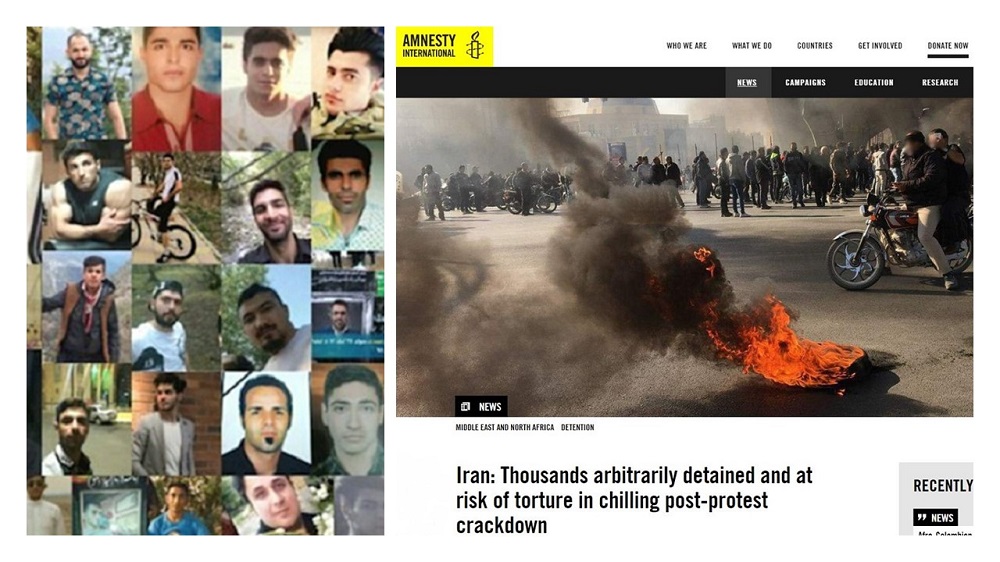 Amnesty International on Monday revised its death toll for the recent -Over 1,500 Killed in the Iranian People’s Nationwide Uprising Names of 504 Martyrs Released

“Harrowing testimony from eyewitnesses suggests that, almost immediately after the Iranian authorities massacred hundreds of those participating in nationwide protests, they went on to orchestrate a wide-scale clampdown designed to instill fear and prevent anyone from speaking out about what happened,” said Philip Luther, Middle East and North Africa Research Director at Amnesty International.

Amnesty’s announcement further stated: “Video footage verified by Amnesty’s Digital Verification Corps, backed up by witness testimony, shows Iranian security forces opening fire on unarmed protesters who did not pose any imminent risk. The majority of the deaths that the organization has recorded occurred as a result of gunshots to the head, heart, neck and other vital organs indicating that the security forces were shooting to kill.”

The UN has stated that it has information suggesting that at least 12 children are among those killed. According to Amnesty International’s research, they include 15-year-old Mohammad Dastankhah, who was shot in the heart in Shiraz, Fars province, as he passed by the protests on his way home from school, and 17-year-old Alireza Nouri, who was killed in Shahriar, Tehran province.

“Instead of continuing with this brutal campaign of repression, the Iranian authorities must immediately and unconditionally release all those who have been arbitrarily detained,” said Philip Luther.

“The international community must take urgent action, including through the UN Human Rights Council holding a special session on Iran to mandate an inquiry into the unlawful killings of protesters, a horrifying wave of arrests, enforced disappearances and torture of detainees, with a view to ensuring accountability.”

On 17 November, the third day of protests, state media reported that more than 1,000 protesters had been arrested. On 26 November, Hossein Naghavi Hosseini, a spokesperson for Iran’s parliamentary committee for national security and foreign policy, said 7,000 people had been arrested. The authorities have yet to provide an official figure.

“Several sources independently told Amnesty International that security forces are still carrying out raids across the country to arrest people in their homes and places of work,” Amnesty said.

“Children as young as 15 have been detained alongside adults, including in Fashafouyeh prison, Tehran province, which is notorious for torture and other ill-treatment. Other places where detainees have been held are military barracks and schools.”

Various government officials, including the Supreme Leader and the head of the judiciary, have labeled protesters as “villains” and “rioters” and associated protesters with foreign powers. State media has called for the death penalty to be used against protest “leaders”.

Also being targeted for arbitrary arrest and detention are journalists, students, and human rights defenders, including minority rights and labor rights activists, and people from ethnic minority groups.

Torture and other ill-treatment

“Eyewitness accounts and video evidence indicate that some detainees have been subjected to torture and other ill-treatment, including through beatings and floggings. One person said that a family member who was released on bail emerged with bruises and cuts to his face and head and is so traumatized from his experience that he refuses to leave the house,” Amnesty said.

“One video verified and geolocated by the Digital Verification Corps shows handcuffed detainees being taken into the grounds of Mali Abad police station in Shiraz, Fars province, and then beaten, punched and kicked by security forces.”

“Credible sources have informed Amnesty International that in Raja’i Shahr prison in Karaj, Alborz province, hundreds of detainees, including children, were brought in trucks to the prison. They say that handcuffed and blindfolded detainees have been punched, kicked, flogged and beaten with batons by security forces on a daily basis.”

“Victims and eyewitnesses have also told Amnesty International that Iranian security forces have raided hospitals and medical centers across the country, arresting injured protesters and transferring them to detention centers, thereby denying them access to potentially life-saving medical care.”

“One source said that intelligence officials forced managers of a hospital in Khuzestan province to provide them with a list of names of newly admitted patients.”

Another man described how he was arrested by plain-clothes officers as he was about to be discharged from a hospital in Alborz province after being treated for a gunshot wound to the stomach. He said he saw “many other people with gunshot wounds and other injuries” at the detention center.

“The authorities have an obligation to protect all detainees from torture and other ill-treatment. Given the systematic use of torture in Iran, it is crucial that the authorities provide UN officials, mandate holders, and other relevant experts immediate access to detention centers and prisons to conduct fact-finding investigations,” said Philip Luther.

“Without urgent international pressure, thousands will remain at risk of torture and other ill-treatment.”

In dozens of cases reported to Amnesty International, detainees have had little or no contact with their families since their arrest and some have been held in conditions amounting to enforced disappearance, which is a crime under international law.

Relatives have told the organization they have visited police stations, prosecution offices, Revolutionary Courts, prisons and other detention centers to search for loved ones who have been forcibly disappeared but the authorities are refusing to provide them with information.

“The world must not stand by in silence as the Iranian authorities continue to commit widespread human rights violations in their ruthless bid to crush dissent,” said Philip Luther.

One month after the nationwide Iran protests began, the clerical regime, fearing the domestic and international consequences of its crime against humanity, is doing its utmost to hide the number of martyrs and their names as well as the number of those arrested and imprisoned, the National Council of Resistance of Iran (NCRI) said.

“The suppressive forces refuse to hand over the bodies of those killed to their families. Many of those martyred were snatched from hospitals or streets and buried in unknown locations,” it said.