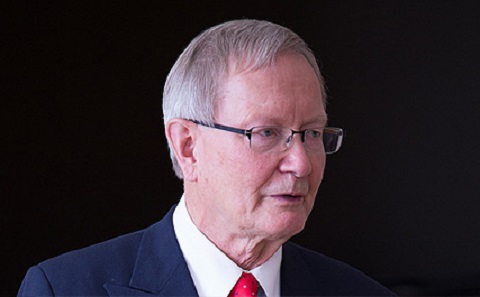 “Western clinging to desperate belief in “reformed” and “moderate” dictators is nothing less than appeasement”, Tunne Kelam, a member of the Foreign Affairs Committee of the European Parliament said in a statement on the latest wave of ant-government protests in Iran.

Tens of thousands of Iranians are demonstrating in different cities all over Iran against dismal living conditions, against lack of hope for any real improvement, be it economic, social or political. This is a clear indication that people cannot be endlessly misled and intimidated. Iranian youth and women, who are suffering most from absence of perspective for dignified life and work, are among the first to challenge the clerical dictatorship.
The current demonstrations show also a different quality in putting the blame directly on the highest leaders, on the president Rouhani and supreme religious leader Khamenei. It is remarkable that Iranian citizens perceive the connection between Tehran’s continued military expansion in Syria and elsewhere in the Middle East and their dramatically worsening living standards at home.

Today, it is time to finally draw lessons from the massive demonstrations against the 2009 election fraud, where Western democracies lacked resolve to side with the Iranian people. Today, the hopes that the 2015 nuclear deal and the subsequent ending of sanctions would stimulate Iranian peaceful development and benefit its people, have clearly proved illusionary.
Today, it is time for the EU to face the realities of the Iranian dictatorship that has brought misery to its citizens, continues jailing and hanging them on record scale, is engaged in military expansion all over the Middle East, boosts its ballistic missile program and collaborates closely with the North Korean dictator. Western clinging to desperate belief in “reformed” and “moderate” dictators is nothing less than appeasement.
Taking the side of Iranian people who have suffered for 38 years under one of the cruellest regimes in the world is not just a condescending gesture of humanitarian nature. It is equally about the values and credibility of the EU and its future.