Nine Protests Across Iran on Sunday 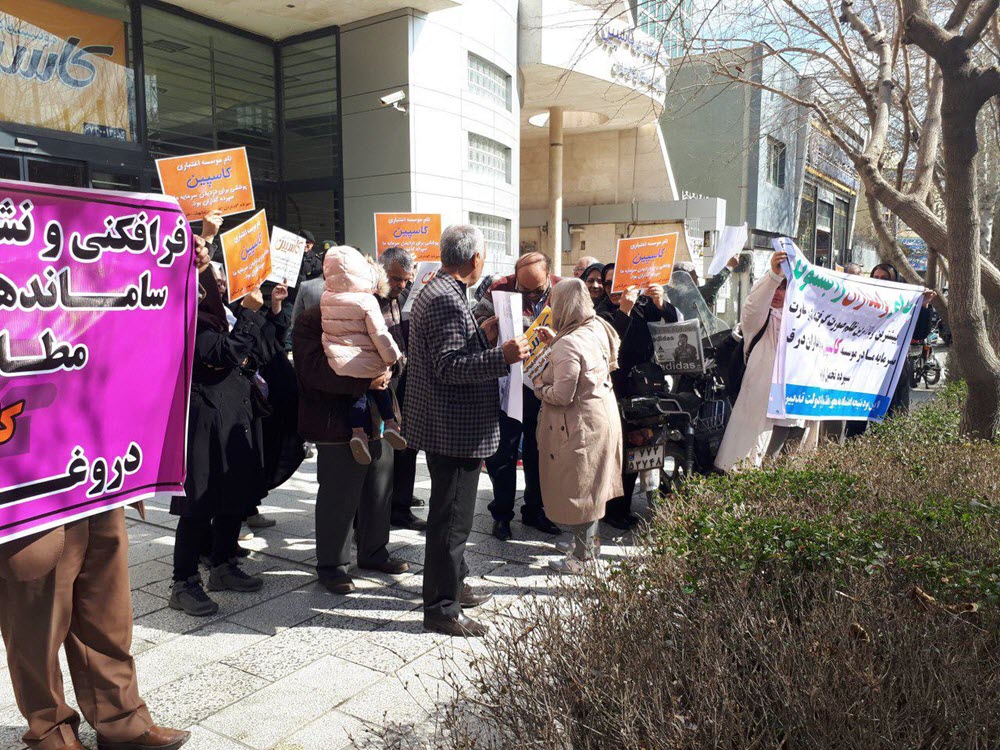 There were nine protest rallies held across Iran on Sunday, with several different groups in the capital Tehran demanding to be paid for their work, while elsewhere people were demanding the return of their looted money and others were calling on the Iranian government to protect the environment. Let’s look at them in more detail.

In Tehran, a group of contractors from the local area gathered outside of the city council to demand the payment of their invoices and the resignation of Tehran’s Mayor, Hanachi, who only took office in December.

The contractors chanted: “We want our money”.

Tehran city council is 54 million tomans in debt, according to local officials, thanks to the former mayor and former IRGC commander Mohammad Qalibaf. 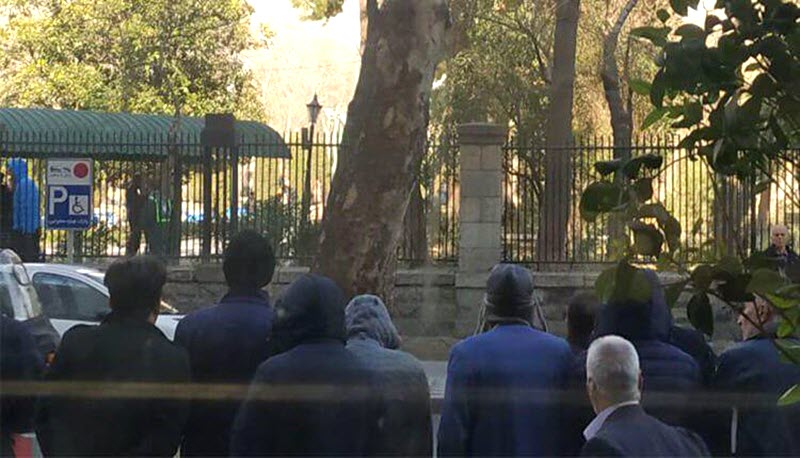 Employees from the Equity Shares, which is a sort-of government subsidy plan, rallied outside the Economy Ministry in Tehran to demand four years’ worth of delayed wages. The protesters came from all over the country.

One protester said: “We are around 1,500 people who have worked in the Equity Shares offices for 12 years but the state of our occupation has still not been determined. We have not received 48 months of our wages which have left us in a very poor livelihood condition.”

The same protester said that if their demands were not met, the protesters would be heading to the governorate’s office in Alborz Province in the next couple of days.

People working on the construction of a large business and entertainment complex set to be built in downtown Tabriz gathered in the city to protest that their wages have not been paid for seven months.

Employees at a vegetable oil factory in Zanjan gathered to protest not being paid their wages for five months, alongside issues with their insurance plans. They also say that the factory is having problems acquiring raw materials. 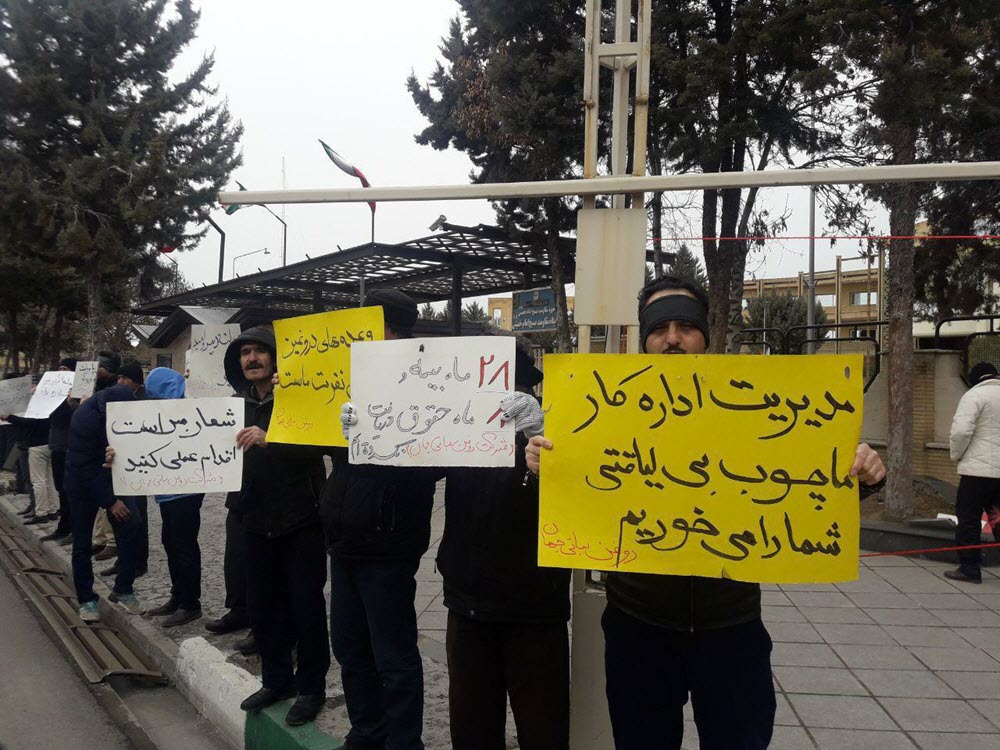 Employees at the Bastan Municipality gathered to protest six months of delayed paychecks and issues with their insurance plans.

Isfahan environmentalists and residents gathered to protest the government’s blockages of water coming into Zayanderud River.

The Regime recently opened the waterway for 20 days in order to end the rallies by angry farmers, which have been going on for more than a year, who are protesting water shortages that destroy their crops.

A group of people who were swindled by the Samen Gold Site gathered outside Tehran’s Central Bank to demand their lost savings.

They chanted: “Iran is a den of thieves and is one of a kind in the world.”

While in Mashhad, creditors who had their savings are stolen by the Revolutionary Guards Corps (IRGC)-backed Caspian Credit Institution gathered outside the institution’s offices to demand the return of their savings.

These protests have been going on for over two years, with both the government and central bank promising the creditors their money back.