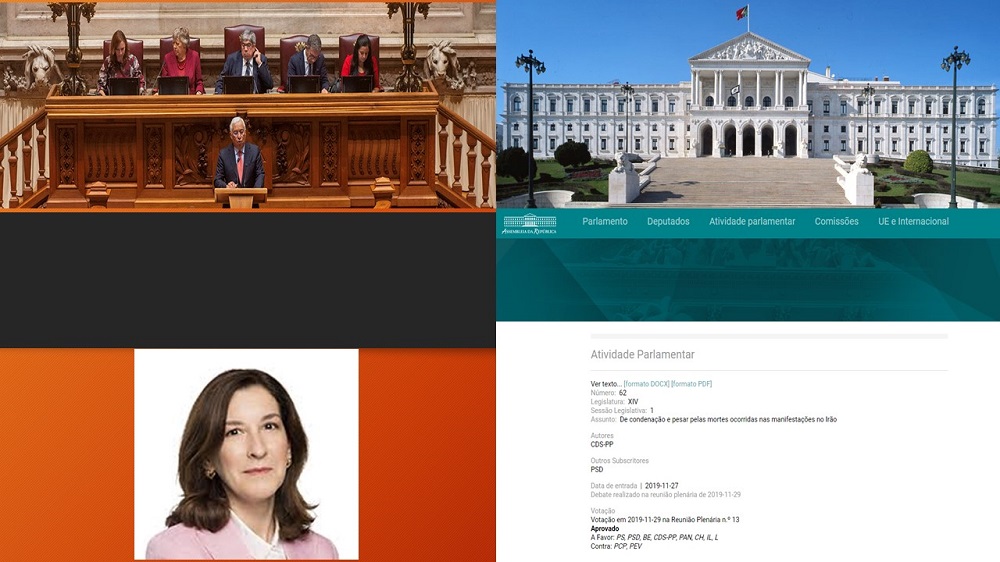 Portugal’s lawmakers voted on November 29 to condemn the Iranian regime over its deadly crackdown on the Iran protests.

A resolution was adopted with the support of 210 of 230 Portuguese lawmakers.  There were two abstentions and 18 negative votes. Cecília Meireles, Portuguese MP from the CDS – People’s Party, initiated and presented the resolution to the Parliament.

Luís Leite Ramos, Portuguese MP from the Social Democratic Party, stated that the resolution was a formal declaration on behalf of Portugal’s Parliament in condemnation of the murder of Iran’s peaceful protesters.

Ms. Meireles and Mr. Leite Ramos had headed a five-member parliamentary delegation from Portugal to Ashraf 3 in Albania, home of members of the main Iranian opposition group pic.twitter.com/p64x4YGHhM

Below is the full text of the English version as well as the original resolution.

VOTE OF CONDEMNATION AND REGRET No. 62 / XIV

Regarding the deaths in the demonstrations in Iran

The Iranian population began, on November 15, a wave of demonstrations and protests. Protests against the 50% rise in fuel prices began in the capital and spread to several cities in Iran.

According to international organizations, such as Amnesty International, at least 106 people were killed in clashes with security forces, however, it said in a statement that “The organization believes that the real death toll may be much higher, with some reports suggesting as many as 200 have been killed.” It also noted that recent events “reveal a harrowing pattern of unlawful killings by Iranian security forces, which have used excessive and lethal force to crush largely peaceful protests.”

There are also several reports of gunshots from security forces on rooftops of buildings and, in one case, from a helicopter.

Accordingly, the Assembly of the Republic decides: 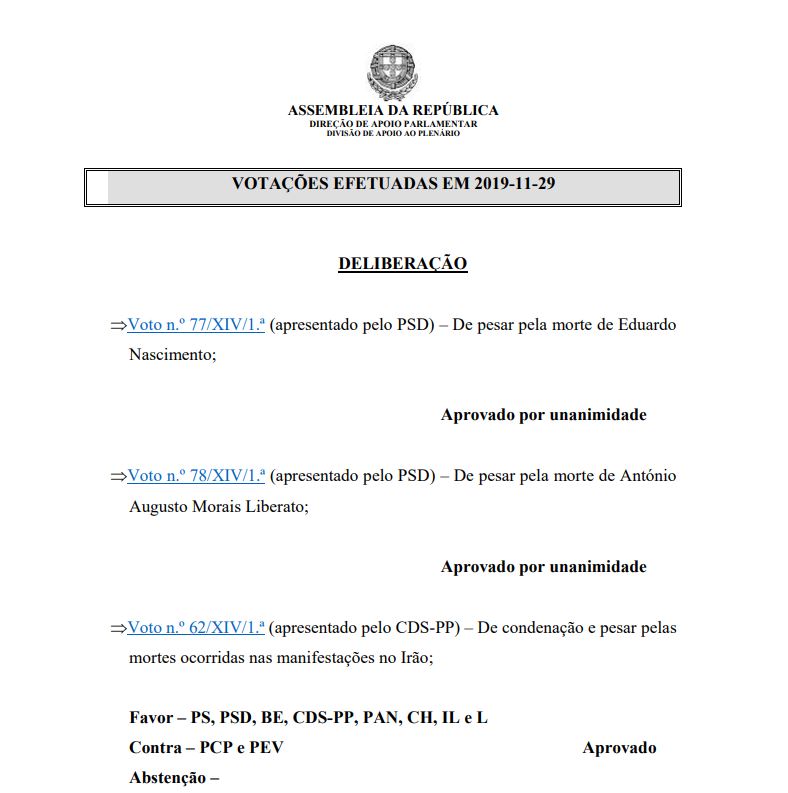