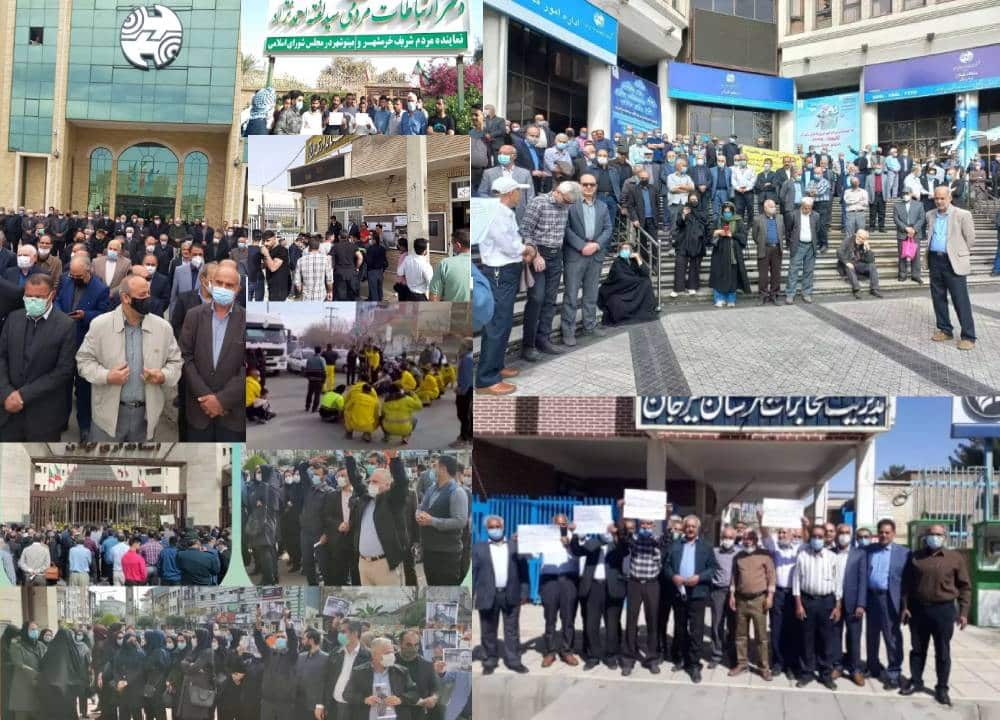 Reports acquired from multiple official and unofficial sources confirm the increasing amount of discontent and social unrest that is going on inside Iran. Systemic corruption and the state officials’ neglect of the socio-economic demands are hurting society and turning into more radical dynamics. Below is a summary of several accounts that were reported on April 5 and 6, 2022:

On April 6, according to the state-run IRIB news agency, a number of workers at the Lorestan Agro-Industrial Complex held a rally to protest what they called changes to their contracts. According to the protesting workers, contrary to the recent decisions of the Supreme Labor Council to increase the minimum wage of workers in the new year on the Persian calendar, the employers are now setting new terms which are more exploiting and unfair. The workers have now been informed whether they agree to new terms or they can leave the job.

According to sources from inside Iran, on Wednesday, April 6, a number of parents of students in Bandar Abbas, gathered in front of one of the schools in the city to protest, calling for an end of in-person classes and the continuation of their children’s homeschooling. While the regime’s Ministry of Education has claimed that health and safety protocols are adequate at schools in order to resume education in person, the students’ parents however believe that the number of students enrolled in a classroom is too high which increases the possibility of their children contracting the virus.

On Wednesday, April 6, about 60 workers of Behbahan Municipality resigned due to officials’ refusal to pay their wages and staged a protest rally in Behbahan Red Crescent Square.

Following the state’s mandatory order for resuming in-person education, the families of students in Rasht, Gilan province, northern Iran, held a rally in front of the Gilan General Directorate of Education to protest the decision. 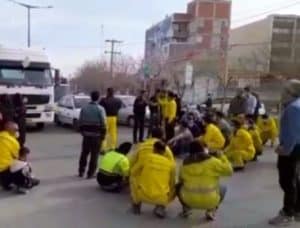 According to the ISNA state news agency, on Wednesday, April 6, a group of workers of Bojnourd Municipality rallied in front of the governorate of North Khorasan to protest their job and contract status. The governor of Bojnourd told the news agency that since the wastewater organization in the province was abolished, the employment contracts of these workers have also been affected. Workers are concerned about their job security, and state that even if employed by a private contractor, they would be stripped of their rights and have to live with minimum wages. 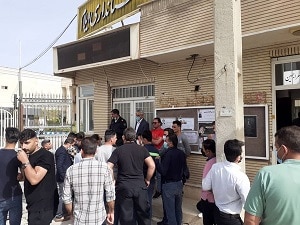 According to the state-run ILNA news agency on April 6, workers of Chavar Ilam Petrochemical company gathered in front of the governor’s office to protest their unfair working conditions. The protestors said that even though they are working in very hard conditions, sometimes in three shifts, they are deprived of an official contract with proper protections and rights.

According to the protesting workers, they are stuck in an endless dispute between the company and the governor’s office. 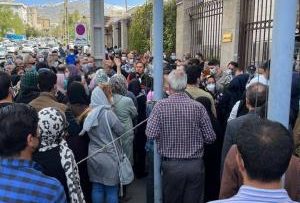 On Wednesday, April 6, a group of landowners on the outskirts of Pardis city in Tehran province staged a rally in front of the Administrative Court of Justice. The protestors say that the Pardis Development Company is trying to confiscate their lands while the owners have a document issued by the State Registration Organization that proves their ownership. The landowners have already held protest rallies on several occasions but so far to no avail. 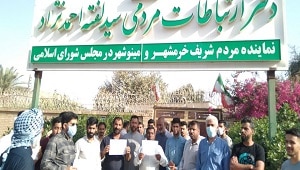 According to the state-run Javan news agency, residents of Umm al-Kharjin village in the western suburbs of Khorramshahr in Khuzestan province, southern Iran, rallied in front of the MP’s office and protested against unemployment. Due to the prohibition of summer cultivation by the state, these villagers, despite being adjacent to the Karun River, are not allowed to use the water for cultivation and their crops are at risk. The protestors also said that even though locals should have been prioritized for employment at the Arvandan oil and gas fields near their village, their offspring are deprived of any local opportunity. Employees of Rasht Municipality held a rally in front of the Gilan Governor’s Office on April 5, to protest the deduction of benefits and unfair working conditions.