Teachers Continue to Strike in Iran 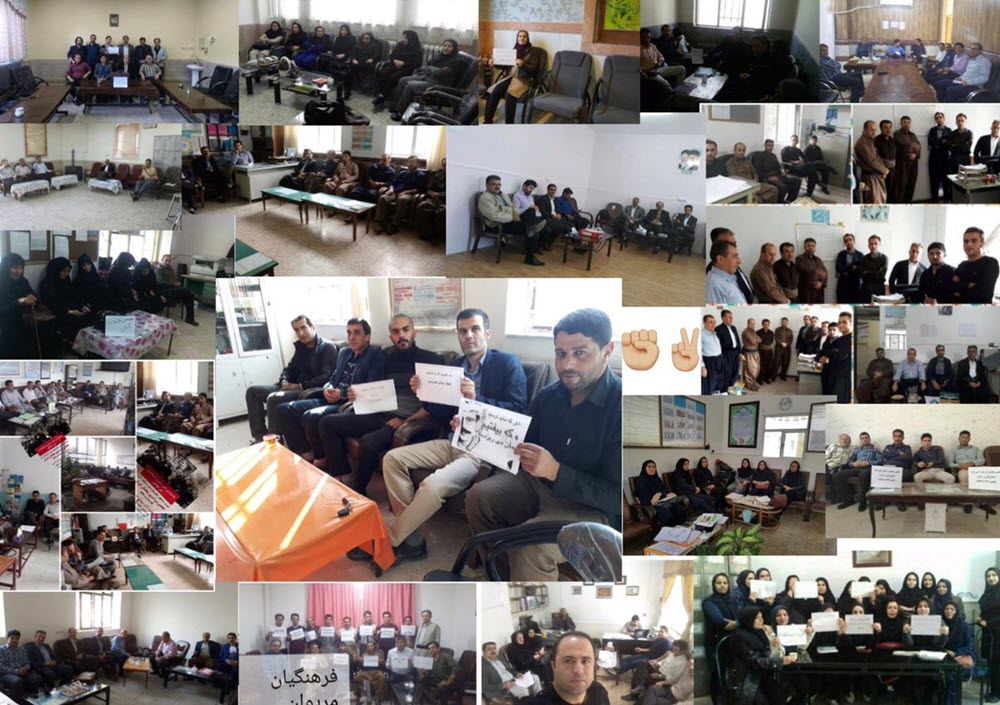 Anti-regime protests have become routine in Iran this past year, but it is the strikes and demonstrations of Iranian teachers that is especially notable, given their commitment to improving the lives of future generations through regime change as well as education.

This is a report of the protest actions taken by teachers across Iran in just the past two weeks; although given the suppression by the Iranian Regime, this may be incomplete.

In Ardebil, teachers gathered outside the Education Ministry’s offices in protest at the lack of response to their legitimate demands at previous protests.

Isfahan teachers expressed their anger after 40 years of the mullahs’ regime, chanting: “The revolution was not supposed to be this way. It wasn’t supposed to be imprisonment, corruption and poverty.”

Alborz teachers called out President Hassan Rouhani for promises about solving Iran’s economic problems, including the high inflation rate and skyrocketing prices, that he made whilst running for office. Halfway through his second term, he failed to fulfil these promises.

While teachers in Kermanshah chanted slogans like “Livelihoods, housing, these are legitimate rights!”, “Free education is our right!”, “Workers, teachers, students, unity, unity!”. They also published a statement, detailing their demands and questioning why the Regime did not respond to the demands they made at a protest on January 20.

These demands included, but were not limited to:

• The unconditioned release of all imprisoned teachers and for the cases against them to be closed, as well as an end to the persecution of teachers who protest to demand their rights

• Adjustments to teachers’ salaries to meet current real inflation rates and the salaries of other government employees, as well as a functioning insurance system for working and retired teachers

Iranian teachers also held numerous protest throughout 2018, demanding these same things, but the Regime has ignored them at every turn.

The Iranian Resistance wrote: “Protests by Iranian teachers are becoming more frequent, organized and expansive. When viewed in the context of other ongoing protests across Iran, the courage and determination of Iranian teachers are fueling and assisting other communities that are protesting for their most basic rights, such as workers, truck drivers, and merchants. In tandem, the Iranian regime is increasingly incapable of stifling the voice of freedom and the protests of teachers and other segments of the Iranian society.”