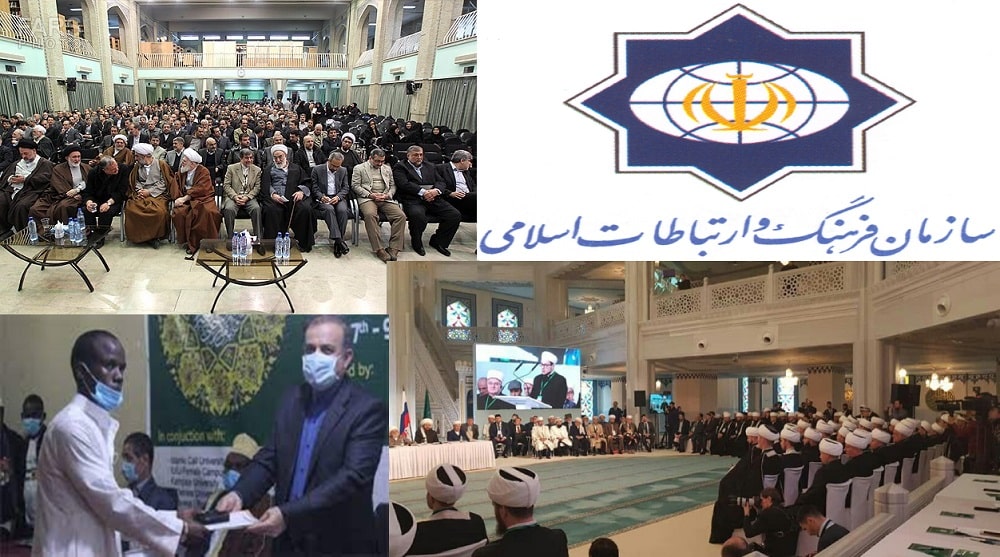 On Sunday morning, around 9 am Tehran time, the group @GhiamSarnegouni  announced the following news:

Ghyam ta Sarnegouni (Persian for uprising until regime change) is hereby making public: Today, Sunday, July 3, 2022, websites and servers of the Islamic Culture and Communications Organization (ICCO), the body which is responsible for exporting extremism and the clerical regime’s terrorism were taken over and destroyed. Additional information will follow soon. 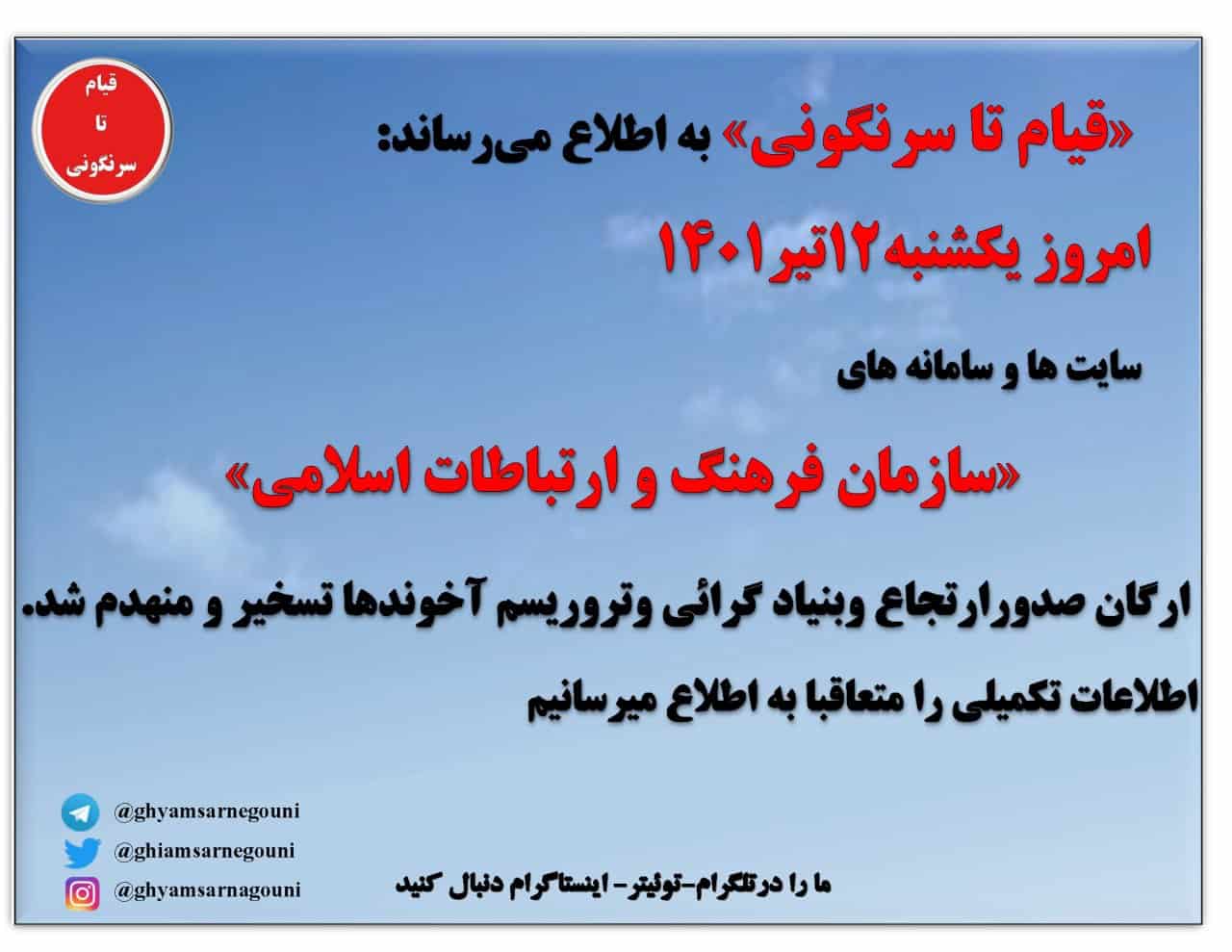 Subsequently, images of the Iranian Resistance leaders Massoud and Maryam Rajavi were put on display on all websites affiliated with the ICCO. Also, the Iranian regime’s Supreme Leader, Ali Khamenei was shown with a red cross. The official ICCO website (https://www.icro.ir) was unavailable at the moment of this reporting. 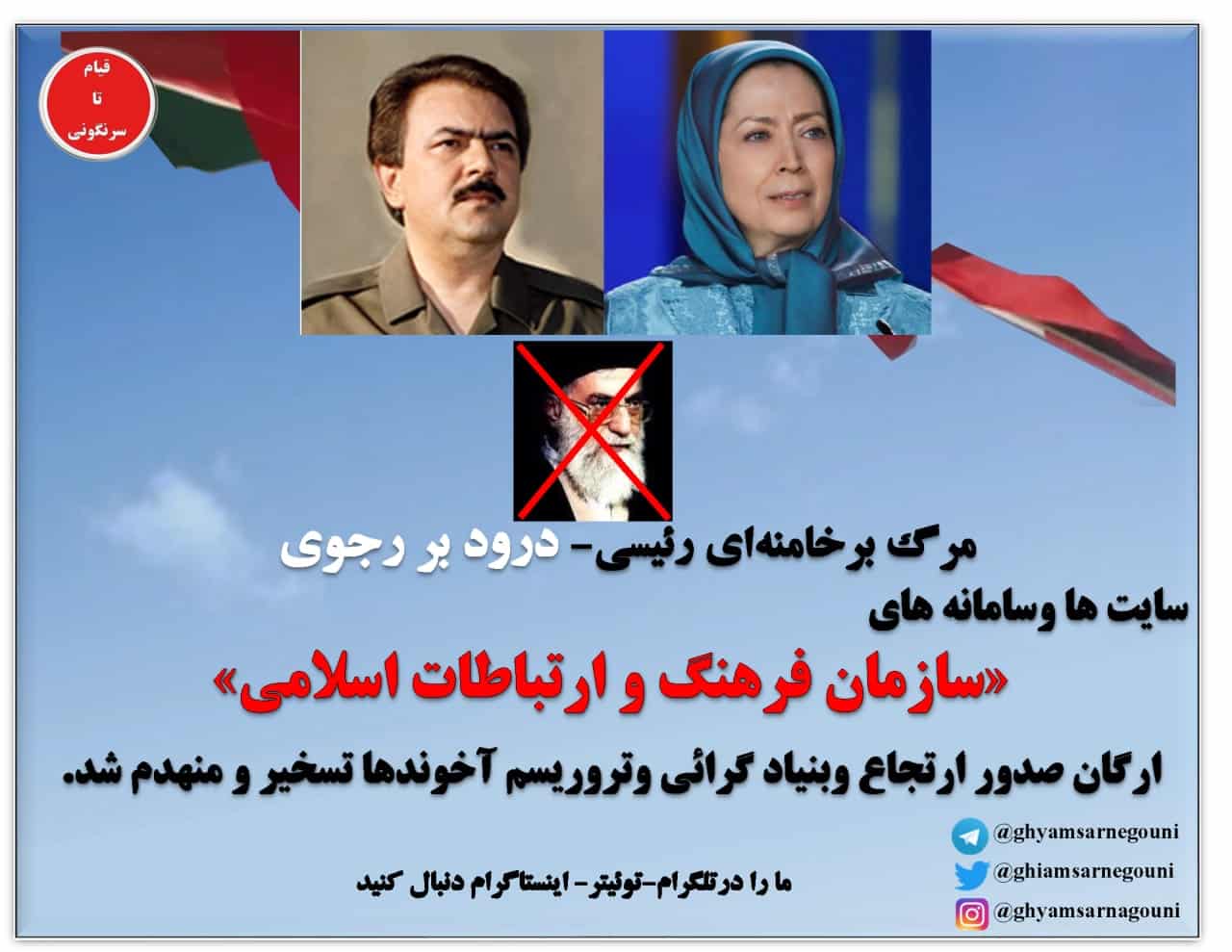 According to reports and videos, at least six sites were taken over, and 15 others were defaced. Furthermore, 44 servers and hundreds of computers belonging to ICCO were wiped in the operation.

At 10 am Tehran time, the Twitter account of the @GhiamSarnegouni group posted a promotional video, that explained briefly the quantity and quality of the data obtained. According to this video, more than 200,000 files and documents that contain classified letters and guidelines of the Iranian regime to its missionaries abroad were seized. It also claimed that the identity of the regime’s foreign agents and spies were now in possession of the group.

The ICCO is responsible for ideologic lecture, recruiting, and dispatching extremist elements from and to crisis-driven countries all over the world. These are the forces behind major instabilities in regional conflicts on several continents. Many of these agents have been commissioned to conduct recon or terror operations against the Iranian Resistance throughout the years. The NCRI has published many studies about the IRGC’s illicit operations in Africa and Latin America this year, as well as the IRGC drone, naval units, and the Quds Force.

The english.mojahedin.org published further details on the ICCO  take over today that can be found here.

Though the recent operation against the ICCO is not unprecedented, it still demonstrates Tehran’s insecurity and flawed chain of command despite the recent reshapes and dismissals in the regime’s intelligence apparatuses.

In 1998,  the NCRI published a book in Persian called ‘Documents, plans, and conspiracies of the Organization of Islamic Culture and Communications of the clerical regime’.