The Iranian regime’s supreme leader, Ali Khamenei, appointed Ahmadreza Radan, a notorious criminal, as the new head of the clerical regime’s Law Enforcement Command (FARAJA in Farsi). But who is Radan, and why Khamenei appointed him amid the ongoing uprising? 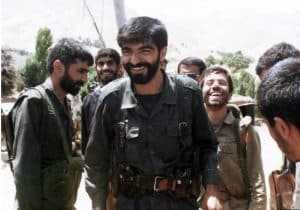 Ahmadreza Radan was born in 1964 in Isfahan. As a teenager, he joined the Revolutionary Guards (IRGC) Basij paramilitary force and participated in the Iran-Iraq war. He rapidly rose through the IRGC ranks due to his ruthlessness and dedication to the regime’s supreme leader. In 1984, he was one of the commanders of the IRGC with the rank of second Brigadier General. Shortly before the war ended, he was transferred to the regime’s State Security Force (SSF). Some of the positions he held are as follows:

During his tenure as Tehran’s SSF chief, Radan both started and rigorously pursued the so-call “increasing social security plan,” commonly known as the beginning of the “morality police” or “guidance patrol.”

Introduced and implemented by the likes of Radan in 2005, this plan was designed to harass Iranian women and youth, two major driving forces in Iran’s restive society.

“In July 2005, dealing with the improperly-veiled women, and even beyond that, apprehending ‘boys with perverted hair styles’ were the hot topics. Those days, Ahmadreza Radan was Tehran’s police chief,” the state-run Asr-e Iran website wrote on July 17, 2022.

“We have given a laptop to every morality police unit to keep the data of the ladies who received warnings. Their records will be preserved in the database, and if they again commit their improper actions, they will be arrested,” Asr-e Iran quoted Radan’s interviews back in 2005.

In that interview, Radan also threatened to arrest and punish what he called “boys with perverted hairstyles.” “These boys will be taken to the police stations, their families will be summoned, and after making a pledge to make their sons behave, the families take their children to a barbershop to get a regular haircut,” he said.

Radan’s criminal career reached its height in 2009 when he brutally suppressed unarmed protesters during the popular uprising that erupted following the sham presidential elections.

Beginning in June 2009, Radan led the crackdown on the protests and the torture of those arrested. Along with Saeed Mortazavi, Radan was directly involved in the torture of prisoners in Kahrizak prison, where several protesters died under torture.   A radio communication between Radan and his forces, obtained and published by the Iranian Resistance in 2009, further confirms his role in the bloody crackdown on peaceful protesters.

“Crush those bastards ruthlessly and proceed to take them all out. Quash them and then take the remaining to Kahrizak prison to give them what they deserve,” he says in part.

He was personally involved in the vicious tortures applied to those arrested during the 2009 uprising and held at the notorious Kahrizak Prison.  Radan was placed under U.S. sanctions in 2010 for human rights violations.  He now heads one of the most important parts of the regime’s oppressive apparatus.

In May 2022, the Islamic Republic’s Law Enforcement Forces (NAJA) became the  Law Enforcement Command (FARAJA in Farsi).  Mehdi Hajian, Faraja’s then-spokesperson, announced that the entire structure of the organization had changed.

In other words, FARAJA came under Khamenei and IRGC’s direct command, and the supreme leader tried to consolidate his machine of repression as he sensed another uprising on the horizon.

Iran’s state media announced that the mandate of Radan’s predecessor, Hossein Ashtari, soon ends. Many observers rejected this excuse, as Khamenei’s decree in appointing Ashtari was not limited to a certain time. So why was Ashtari booted from the SSF? 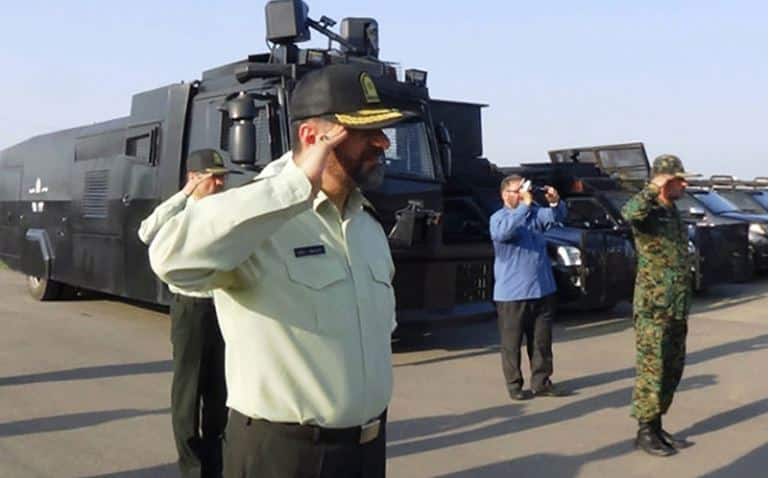 The answer lies on the Iranian streets and the growing calls for regime change. The nationwide uprising has persisted for four consecutive months, despite the regime’s brutal crackdown, such as the killing of over 750 protesters, including four executions of the arrested activists.  Many consider that protests have morphed into a revolution, and the clock is ticking for the ruling theocracy.

Sailing too close to the wind of downfall, Khamenei resorts to anything and anyone to prolong his regime’s life. Appointing the likes of criminals like Radan is Khamenei’s desperate act to intimidate Iran’s restive society. This method is doomed to fail.

In his last months in power, Shah rapidly replaced his ministers, tried curfews and martial laws, and opened fire on protesters, but he couldn’t postpone his regime’s downfall. With or without Radan, Khamenei cannot save his regime because the Iranian people and their organized Resistance movement are determined to topple this regime at any cost.