Conference in the UK Parliament about Human Rights Violations in Iran

British lawmakers on Thursday called on the United Kingdom government to focus on human rights in its policy on Iran and to recognize the right of the Iranian people to overthrow their dictators.

The 1988 massacre targeted imprisoned members of the main Iranian opposition group People’s Mojahedin Organization of Iran (PMOI), also known as the Mujahedin-e Khalq (MEK). Members of the Death Commissions responsible for that massacre are currently in key positions in the Iranian government and Judiciary.

Iranian opposition leader Maryam Rajavi sent a message to the Parliamentary event, which was hosted by the British Parliamentary Committee for Iran Freedom and which marked the World Day Against the Death Penalty.

“The flagrant violations of human rights of the people of Iran, including continuing executions, are being justified by the policy of appeasement and silence pursued by western governments,” Maryam Rajavi said.

Human rights, the key component of a right policy on #Iran; message to the conference at UK Parliament, “World Day against the Death Penalty, anniversary of #1988Massacre of political prisoners and the right policy on #Iran.” #NoImpunity4Mullahshttps://t.co/NCI3oDgXAm pic.twitter.com/XjL2aqltqm

“The policy of appeasement enables the clerical regime to take advantage of its diplomatic centers and continue its terrorism on European soil, and to attack vessels in international waters, and strike at oil facilities in neighboring countries,” Mrs. Rajavi added. 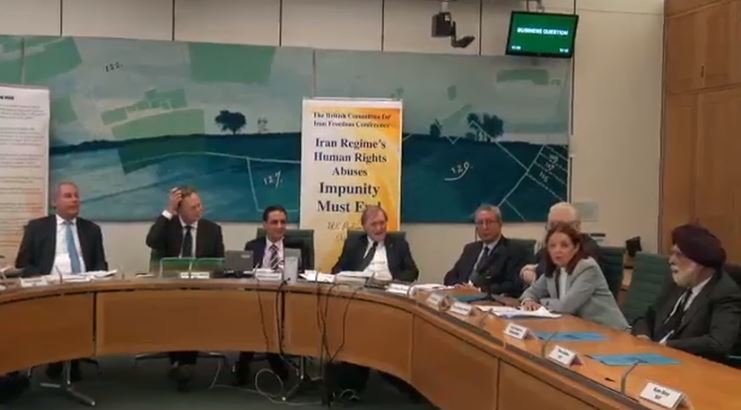 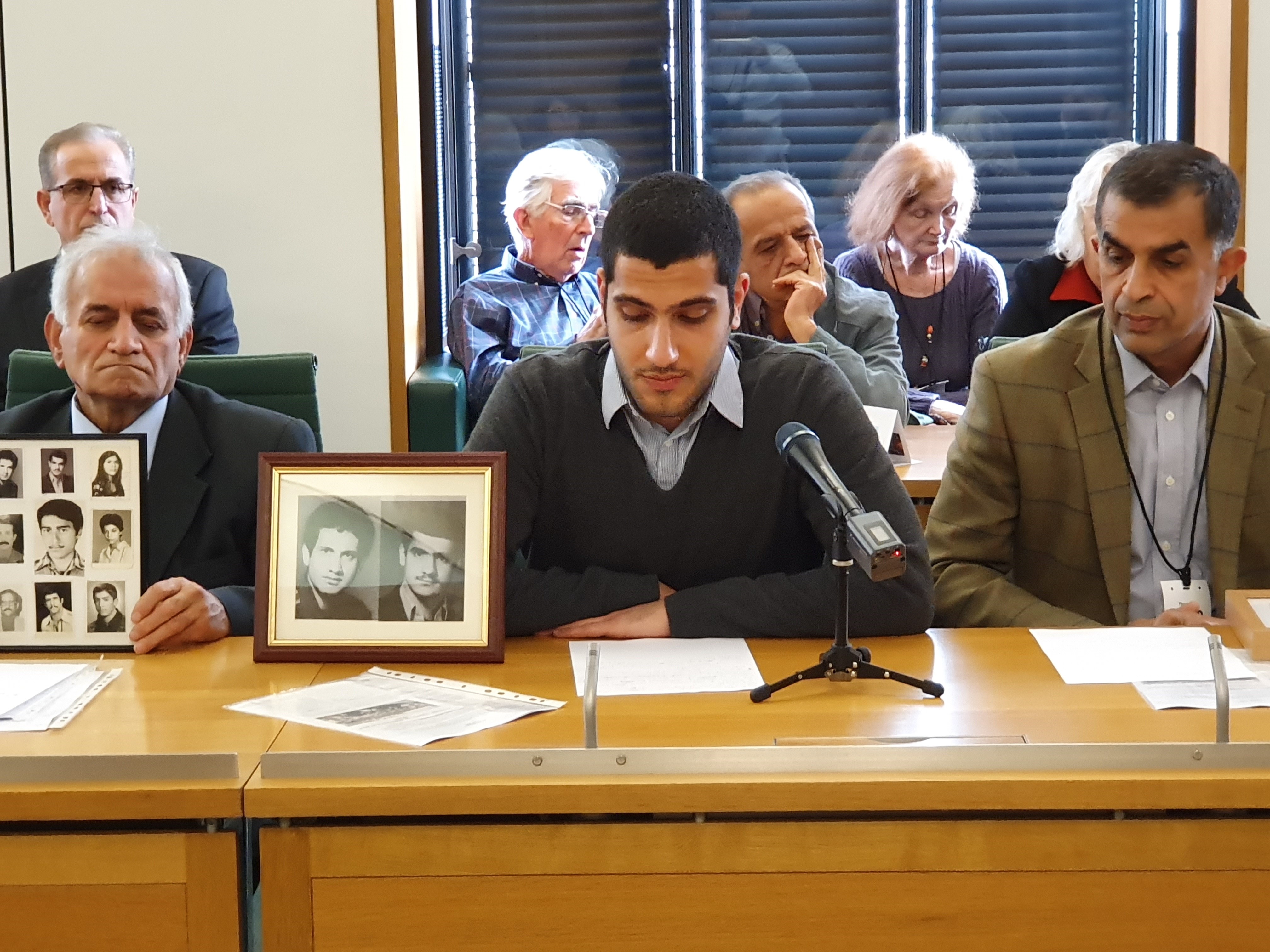 Family members of MEK members who perished in Iran’s 1988 massacre offered first-hand testimony at the conference.

Dr Matthew Offord MP told the conference: “As the regime steps up its aggressions, the governments in France, Britain, and Germany seem to be paralyzed. It’s about time we abandoned the appeasement policy. We must proscribe the Revolutionary Guards (IRGC) and the Intelligence Ministry (MOIS) as terrorist entities.” 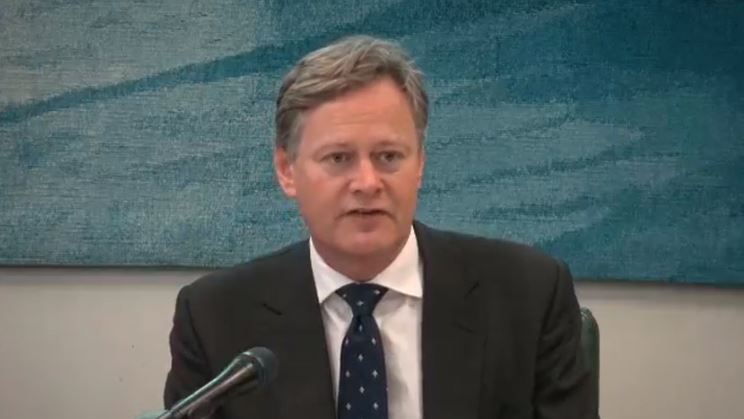 “We should be supporting the democratic aspirations of the Iranian people, especially the NCRI and the ten-point plan of madam Maryam Rajavi,” Dr. Offord said. “The UK’s only true ally in Iran is the people of Iran, not some moderate faction that the UK government believes exists in the regime.”

“The NCRI is a viable alternative to the Iranian regime.”

Lord Clarke of Hampstead said: “[The Iranian regime’s President Hassan] Rouhani tells the world he is a moderate. He is the same person who lied about the nuclear program and boasted about duping negotiators about nuclear proliferation. In six years of his presidency, he has executed more than 3,800 people.” 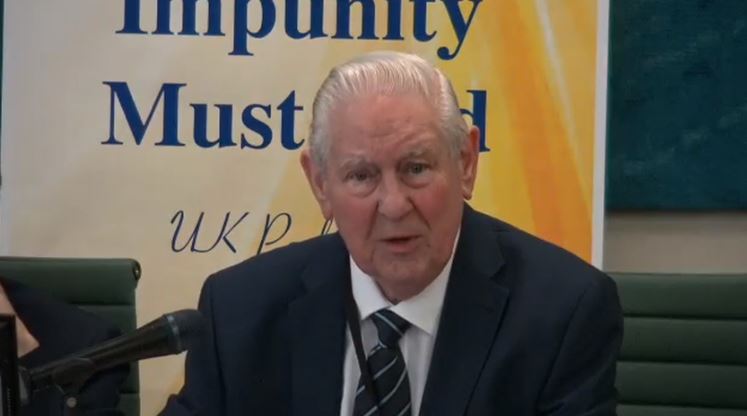 “Tragically, executions this year include 11 women and eight juvenile offenders, many of them under the obscene charge of ‘waging war against god.’ Children have to wait until they’re 18 so they can be eligible for execution,” he said.

David Jones MP said: “There is widespread support for the need to address the regime’s human rights abuses, regional aggression. There’s strong consensus that the regime must be held to account.” 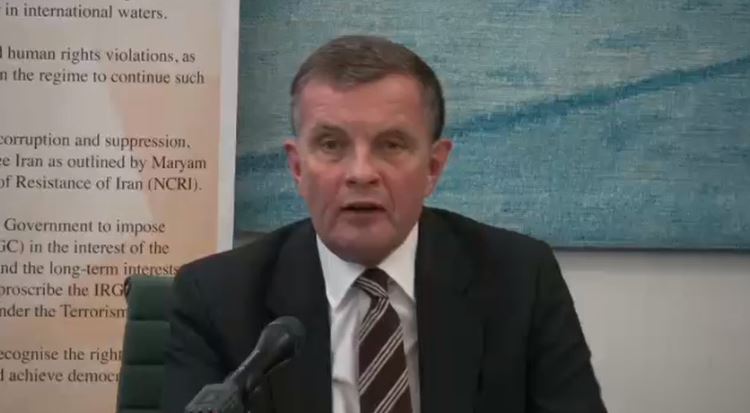 “The regime has turned the violation of international law into its own perverse statecraft. The regime comes to the international conference table, boasting that it controls four Arab capitals,” he said.

“It says that its missile program is for defensive purposes, but then attacks the oil installations of Saudi Arabia.”

“It gave assurances that the Grace One would not transfer oil to Syria and other sanctioned entities, but then delivered oil to the murderous regime.”

“Iran believes it is untouchable and cannot be held to account. It is time that the world dealt properly with Iran.”

Roger Godsiff MP said: “The only viable policy must include support for the Iranian people in considering the human rights abuses of the regime, which is its Achilles heel. It is naive to believe this regime is capable of moderating its behavior. The people of Iran have an organized alternative, led by a Muslim woman, Mrs. Maryam Rajavi, who envisions a free and democratic society.”

“The fact that NCRI is led by a woman is an insurance for success. NCRI enjoys support by Iranians both inside and outside Iran. The popular solution is there. Our government needs to realize that today.” 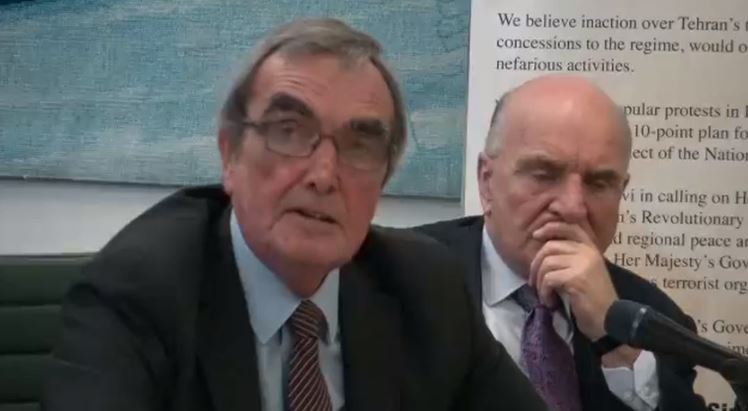 Steve McCabe MP said: “Iran exports its bloodthirsty beliefs to the world and the Middle East. There’s not a place in the Middle East that bloodshed is taking place and the mullahs are not involved. That is the legacy of the Iranian regime.” 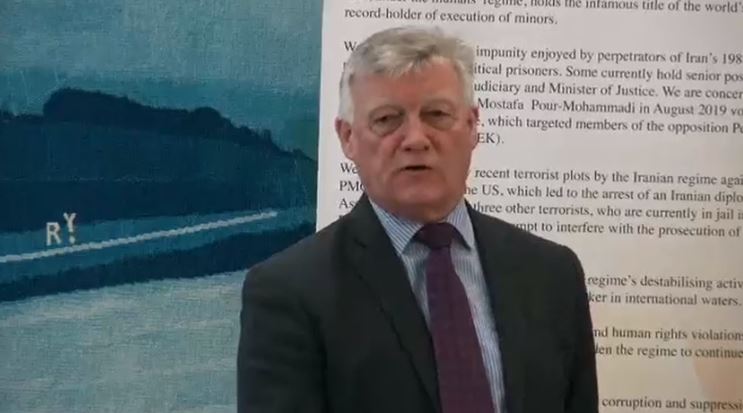 “In the past year, they threw 7,000 people in jail because they had protested. Some of them have disappeared. They will be executed.”

“It is a tragedy that the hope of the Iranian revolution 40 years ago has turned so sour. It is a shame that regime officials are still meeting with western diplomats. Our role here and in any civilized country is to put maximum pressure on our governments and the UN and tell them that we want the criminals tried.”