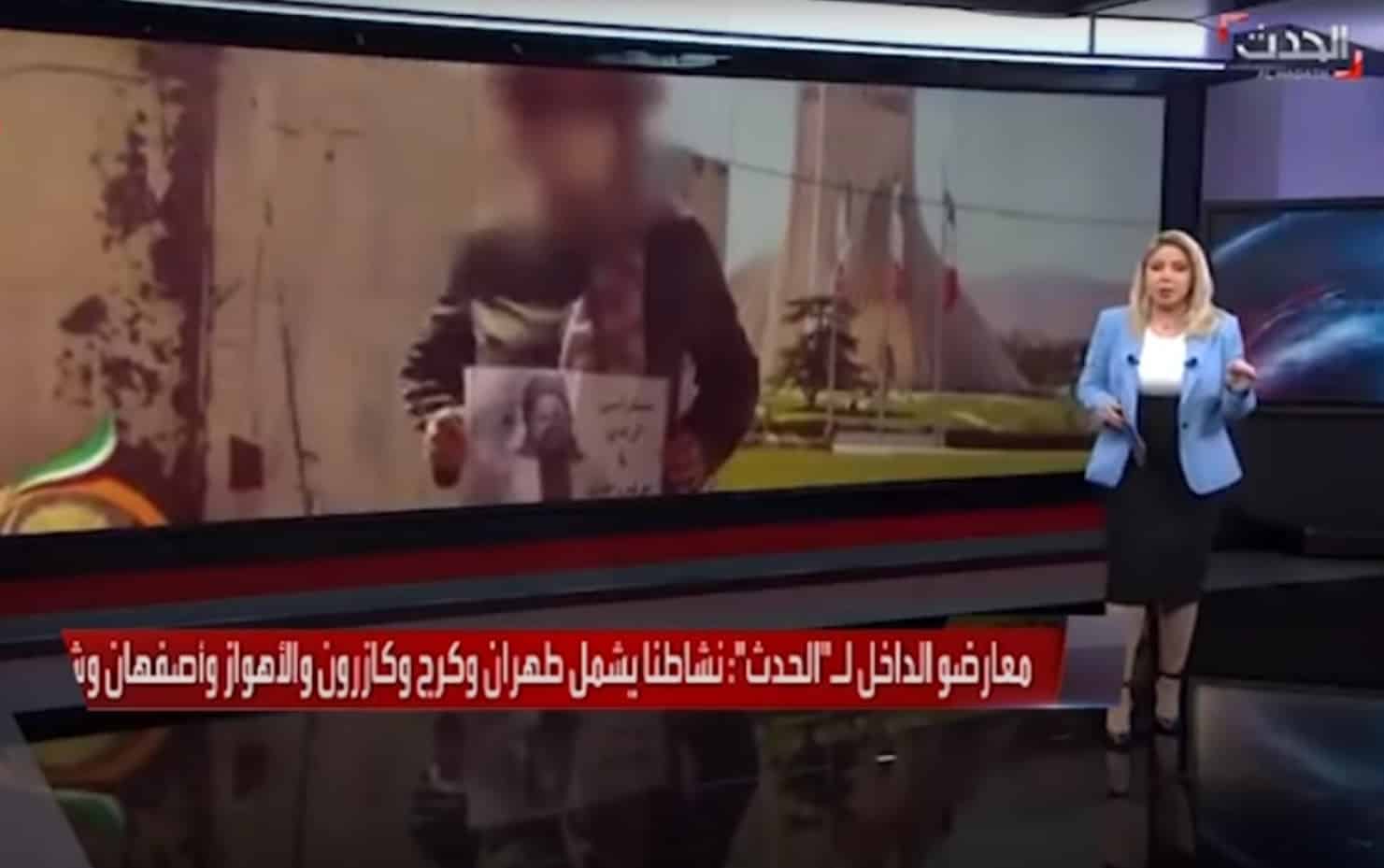 After decades of witnessing the regime’s propaganda, the Iranian people could finally hear what they truly desired from TV: “Down with [Ali] Khamenei,” the regime’s Supreme Leader, and “Hail to Rajavi.” Many international media outlets described this disruption as the Iranian Resistance putting its power on display.

Below is the translation of this report.

This is the awakening of secret units in Iran. A new level of public confrontation with Khamenei.

While the Iranian regime has been witness to escalating infightings, in addition to increasing protests in the past two years ago, a new strategy and its menace for the regime appears on the horizon. This is the one thousand “Resistance Units” strategy, but this time inside Iran.

The mission of these Resistance Units is clear: Breaking the wall of fear and repression the regime has imposed on society. The units carry out these missions with extraordinary courage. They install “Down with Khamenei” banners and burn Qassem Soleimani’s statues or the Revolutionary Guards (IRGC) bases.

According to Al-Hadath sources, the Resistance Units are active in all Iranian cities, particularly Tehran, Karaj, Kazeroun, Ahvaz, Isfahan, Shiraz, and Mashhad.

These sources also revealed that these Resistance Units are in “small groups” to avoid prosecution and arrest by the regime’s security apparatus.

Today, this network is the most organized and extensive movement among different walks of life, especially students, workers, farmers, truck drivers, and even merchants.

In an unprecedented blow to Iran [regime’s] internal security, thousands of Resistance Units inside Iran participated in the annual Iranian opposition rally in Albania and challenged the regime with video messages.

Through its sources, Al-Hadath could access some young Resistance members from inside Iran.

The first Resistance Unit member: My Name is Sara. I am 32 years old, and I live in Tehran. I am a teacher and cover the MEK’s activities on the internet. We fight this regime using social media. Social media is a tool for revolution against the regime. Even if it shuts down the internet, this regime will be toppled by the Iranian oppositions’ activities. The situation in Iran is critical, and people are angry following Ebrahim Raisi’s presidency.

The second Resistance Unit member [a man]:  I represent Tehran’s Resistance Units. I take an oath in front of the MEK’s Secretary-General, Ms. Zahra Merikhi, and pledge until the last drop of my blood and breath I will not rest topple the evil and inhumane regime. I am ready.

In its editorial “wrong direction,” the state-run Mardom Salarie daily explicitly acknowledged that the MEK is the regime’s main threat today.

The paper warned that the MEK’s domestic and international activities had driven the regime to its current fragile situation.

Meanwhile, the state-run Rajanews website, wrote, “the MEK and emergence of secret units,” display the importance of the Resistance Unit’s daily operations in Tehran’s other cities.