Anwar Malik: Iranian Resistance Should Be Recognized as Legitimate Voice of Iranian People 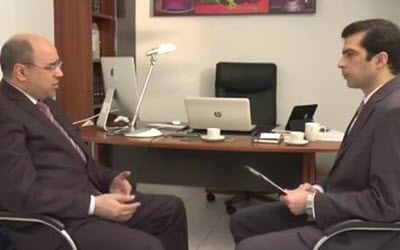 NCRI – Anwar Malik, former Syria rapporteur in the Arab League and a prominent politician and writer in the Arab World, had an interview with INTV describing Iran as the main element behind the rise of terrorism under the name of Islam.

“The solution is to expel this regime from the international community, and in parallel, recognize the Iranian Resistance as the Iranian people’s legitimate representative,” he said.

“The Iranian people are the first victims of the mullahs’ crackdown, terrorism and barbarity,” he added. “However, nations of the region, including the people of Syria, Iraq, Lebanon and Yemen have suffered much from this regime, and they all hope the People’s Mojahedin Organization of Iran (PMOI/MEK) will prevail against this religious fascism because this regime’s overthrowing is only on the shoulders of the Iranian people and their organized resistance,” he continued.

“Arab countries must respond adequately to Iran’s deceptive measures. There is no choice but to end all relations and expel Iran’s ambassadors… Only the Iranian people can overthrow this regime,” Malik continued.

“On the PMOI/MEK, I have much respect for them because they are the element focused on destroying this huge religious plague,” he said in reference to the Iranian regime.

“We are with you and we will help you. You were the first who were hurt by the mullahs’ regime, before we began suffering in Iraq, Syria, Lebanon, Yemen and other countries,” Malik added.

“Who are the hope of the Iranian people? A nation that seeks to relieve itself from the mullahs’ rule,” he continued.

“The people of Syria, Yemen, Iraq and Lebanon… they all hope the PMOI will prevail against this religious fascism, to relieve all nations,” Malik concluded.